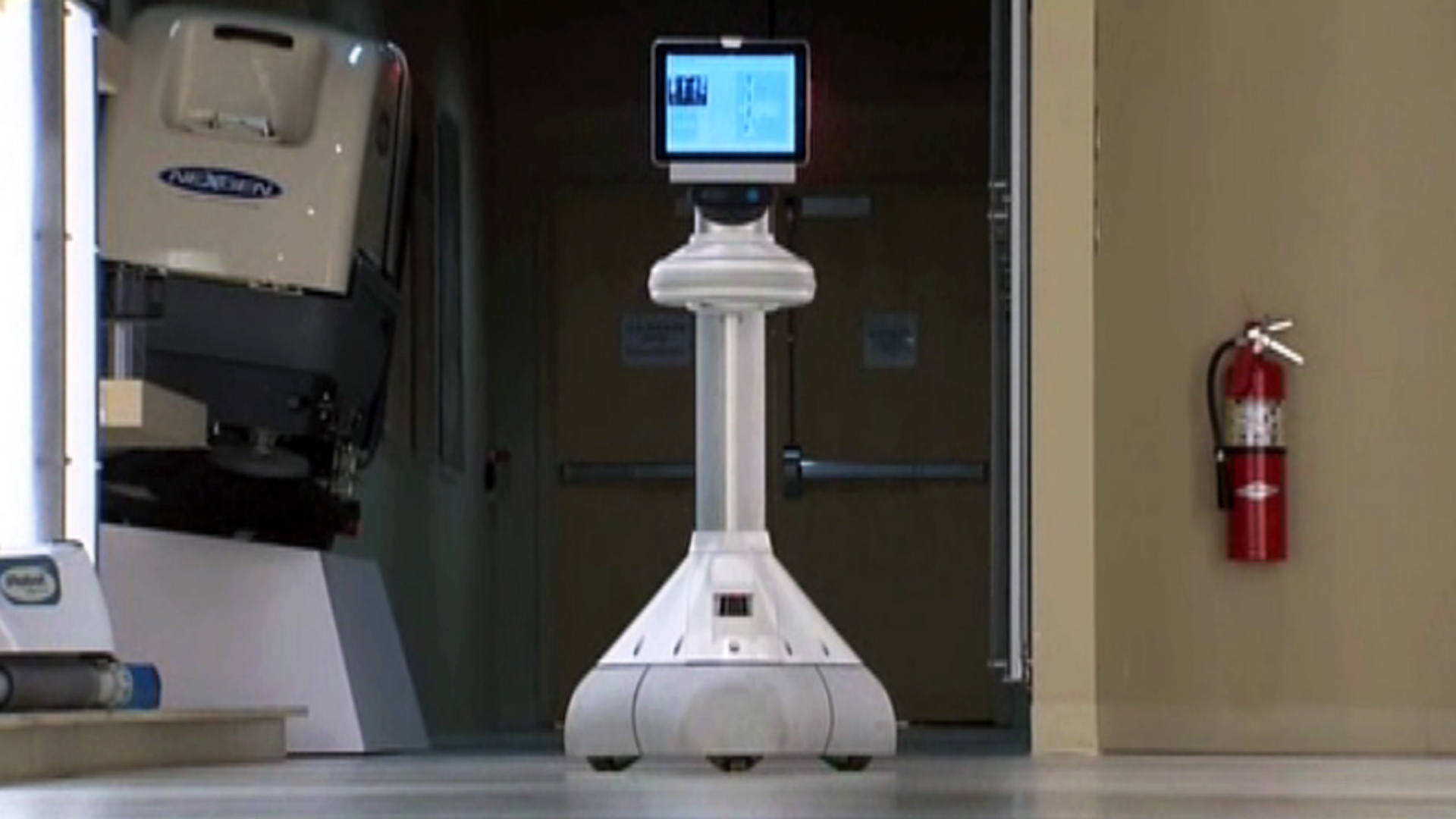 CARMICHAEL, Calif.The doctor isn't in, but he can still see you now.

Remote presence robots are allowing physicians to "beam" themselves into hospitals to diagnose patients and offer medical advice during emergencies.

A growing number of hospitals in California and other states are using telepresence robots to expand access to medical specialists, especially in rural areas where there's a shortage of doctors.

These mobile video-conferencing machines move on wheels and typically stand about 5 feet, with a large screen that projects a doctor's face. They feature cameras, microphones and speakers that allow physicians and patients to see and talk to each other.

The San Francisco-based health care provider now uses the telemedicine robots in emergency rooms and intensive-care units at about 20 California hospitals, giving them access to specialists in areas such as neurology, cardiology, neonatology, pediatrics and mental health.

"Regardless of where the patient is located, we can be at their bedside in several minutes," said Dr. Alan Shatzel, medical director of the Mercy Telehealth Network. "Literally, we compress time and space with this technology. No longer does distance affect a person's ability to access the best care possible."

Dignity Health is one of several hospital chains that recently began using RP-VITA, which was jointly developed by InTouch Health and iRobot Corp. It's approved for hospital use by the U.S. Food and Drug Administration.

"Hospitals are now using this type of technology in order to leverage the specialists that they have even better and more efficiently," said Dr. Yulun Wang, CEO of Santa Barbara-based InTouch Health.

Nearly 1,000 hospitals in the U.S. and abroad have installed InTouch telemedicine devices, including about 50 RP-VITA robots launched in May, according to company officials. The company rents out the RP-VITA for $5,000 per month.

When a doctor is needed at a remote hospital location, he can log into the RP-VITA on-site by using a computer, laptop or iPad. The robot has an auto-drive function that allows it to navigate its way to the patient's room, using sensors to avoid bumping into things or people.

Once inside the hospital room, the doctor can see, hear and speak to the patient, and have access to clinical data and medical images. The physician can't touch the patient, but there is always a nurse or medical assistant on-site to assist.

On a recent morning, Dr. Asad Chaudhary, a stroke specialist at Dignity Health, beamed into a robot at the neuro-intensive care unit at Mercy San Juan Medical Center in Carmichael to evaluate Linda Frisk, a patient who recently had a stroke.

With his face projected on the robot screen, Chaudhary asked Frisk to smile, open and close her eyes, make a fist and lift her arms and legs - common prompts to test a patient's neurological functioning.

"If you develop any weakness, any numbness, any problem with your speech or anything else, let us know right away," Chaudhary told Frisk before the robot turned around and left the room.

"It's just like being with the patient in the room," Chaudhary said. "Of course, nothing can replace seeing these patients in person, but it's the next best thing."

Frisk, 60, who was flown into the hospital for treatment, said she was surprised when she first saw the robot, but quickly got used to the doctor's virtual presence.

"You feel like he was right there," said Frisk, who lives near Merced. "Although I am a little spoiled and like to see him in person."