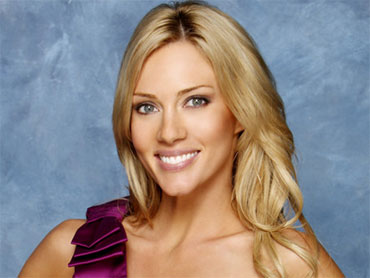 "The Bachelor," ABC's reality dating show, " was thrown yet another curve ball this week, and this time it involved an alleged "inappropriate relationship" between a staffer and a contestant --a first for the show.

Host Chris Harrison, who usually shows audiences a kind demeanor, appeared to be upset and nervous when he confronted contestant Rozlyn Papa, a 28-year-old make-up artist from Richmond, Va., about her alleged wrongdoing.

According to US Weekly, Harrison later said, "This is something we've never had to deal with in the history of the show," without specifying how the relationship was "inappropriate." The producer, who hasn't been named, was fired.

A shocked and stoic Papa didn't admit or deny the allegations at the time. She went upstairs to pack her things.

Papa, who later claimed she had been negatively and unfairly portrayed as both a liar and a cheater, defended herself in a series of interviews.

Story: "Bachelor's" Rozlyn Lashes Out: I Was Thrown "Under the Bus"

Papa, a 28-year-old, divorced single mom, told ET's Kevin Frazier in an exclusive interview that being portrayed as a cheater has hurt her reputation.

"I absolutely feel betrayed by the show. ... They want the ratings, and that's what they're getting," claims Papa. "This seeps into my personal life. I have a 7-year-old little boy at home that I want to look up to me, and to have this blatant lie out there perpetuated by the show itself, it's hurtful. It's scary to think what my son will think of me."

She cleared up her status with the since-fired producer, saying "I had a relationship with someone on the show that didn't benefit them," Papa told RadarOnline.com. "We remained really close but we are not dating now."

On his blog, Harrison disputed the claims and dished on what really happened, saying "It was an inappropriate relationship that got physical," click here to read the full blog.

Bachelor Jake Pavelka, who admitted that he started to develop feelings for Papa said, "this is the first time I have been cheated on (to my knowledge) and man, it sucks," he wrote on Jake's Bachelor Blog: Being Cheated On 'Sucks'.

Pavelka went on to write, "but what also hurt was the fact that I was friends with the staff member who engaged in the affair. That was hard to swallow. I was so hurt by both of their decisions, but I reminded myself that I still had 14 amazing women there for me, so I composed myself and moved on."