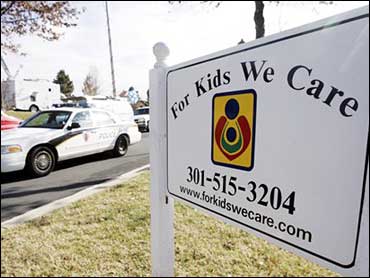 Knowing his team had just acquired another center fielder, Johnny Damon wasn't about to fail twice with the game on the line.

So with two out in the 10th and the go-ahead run on second, Damon lifted an opposite-field single into left, scoring Jeff Conine and giving Kansas City a 4-3 victory over Chicago on Saturday night, the Cubs' seventh straight loss.

Facing Bob Patterson in the eighth with the bases loaded and two out, the Royals center fielder had hit a weak grounder.

A short time before the game, the Royals announced they had obtained center fielder Jermaine Allensworth, who was hitting .309 with 24 RBIs for Pittsburgh.

"I love Kansas City. I grew up a Royals fan," said Damon, who is hitting .284 with 25 RBIs. "Have you guys heard what they might do? I'd hate to leave Kansas City but I guess we'll all know soon what's going to happen."

Conine singled with one out and advanced to second on Mike Sweeney's two-out single before Damon delivered off Rod Beck (1-2).

Scott Service (2-1) earned the victory, striking out four of the six batters he faced as Royals relievers retired the last 15 Cubs in a row.

While the Cubs are in their worst skid since a nine-game losing streak last season, the Royals are in their best stretch in about two years. The team that finished last in the AL Central the past two seasons has won nine of its last 11 and 12 of 16.

"There's no rule that says this team can't get hot and make a move in the second half," said catcher Sal Fasano, who homered in the fifth. "Just look around at these players this is not a last-place club."

"There's no secret to winning we just have to pitch better, play better defense and hit better," Beck said. "We're just not getting the breaks like we were during the winning streak. But tides turn."

The Royals tied it at 3 on Larry Sutton's RBI single off Terry Adams in the eighth.

In the fifth, Sammy Sosa came within 18 inches of adding to his record for home runs in a month, hitting an RBI double off the wall to give the Cubs a 3-0 lead.

Facing Jose Rosado, Sosa hit an 0-1 pitch toward the right-field fence that brought the sellout crowd to its feet. But the line drive bounced about 1 ½ feet from the top of the wall as Manny Alexander scored from first.

Sosa, who has joined St. Louis' Mark McGwire in pursuit of Roger Maris' record of 61 home runs, now has 38 RBIs in June, adding to his club record, and 77 for the season. His 32nd home run Thursday night and 19th this month broke the major league record for homers in a month.

Rosado struck out five of the first six batters and lookd untouchable until the third when the Cubs got two runners on with an infield single and an error, then Alexander hit a two-run double.

Fasano led off the Royals fifth with a home run off starter Kevin Tapani. The Royals made it 3-2 in the seventh on Jose Offerman's RBI double.

Notes: With a near-sellout expected on Sunday, this will be the Royals' biggest three-game series since they drew 108,882 for three games against the Cardinals last August. ... The Royals obtained outfielder Allensworth from the Pirates on Saturday in exchange for minor league pitcher Manuel Bernal. ... Sutton made a terrific diving catch of Mickey Morandini's sinking liner in right field in the third, saving a run. ... Matt Mieske's single in the fourth was his first hit in five games. ... While hitting a major league-record 19 home runs this June, Sosa has only two doubles. He leads the NL with 209 total bases.