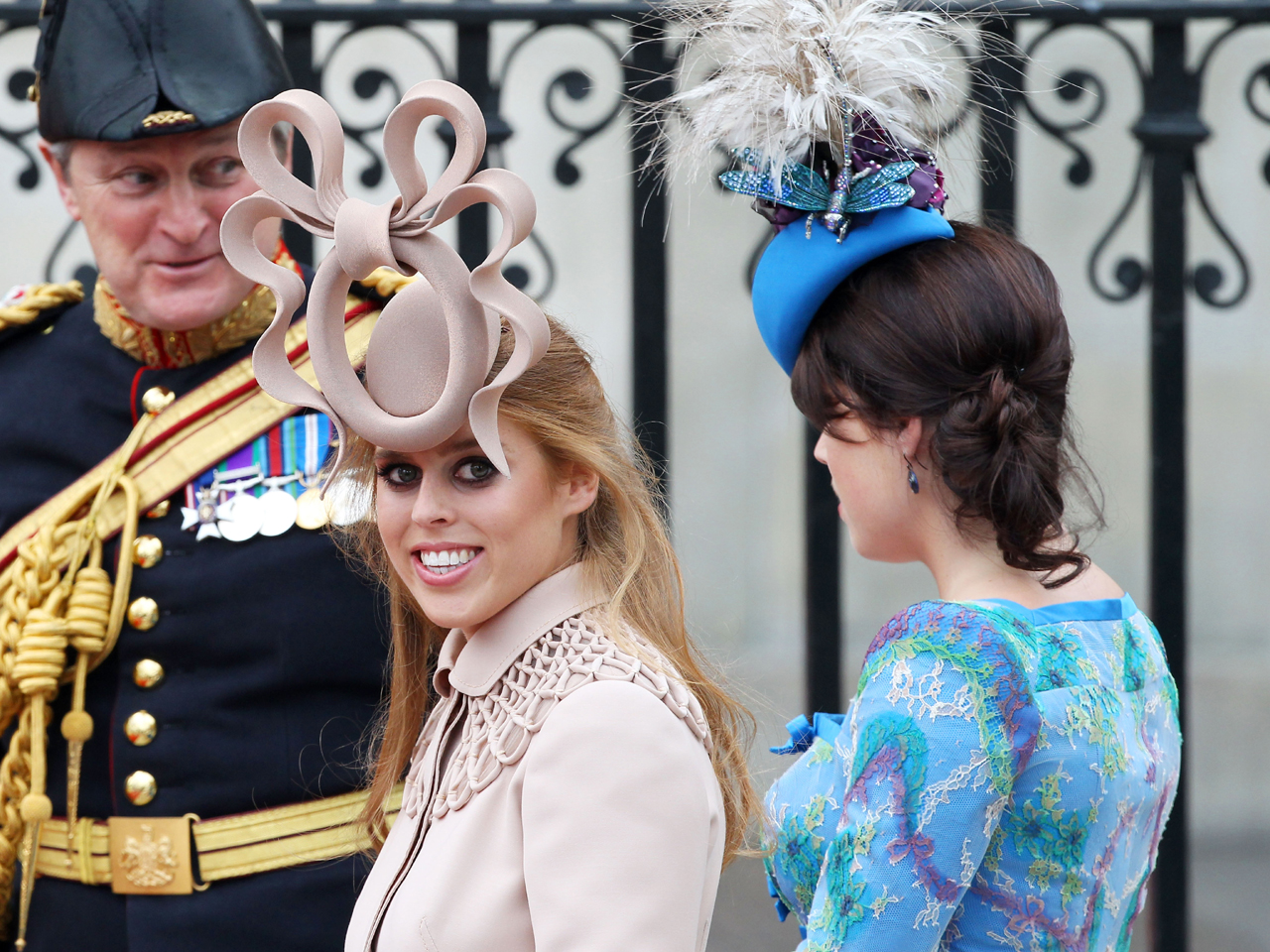 (CBS) The royal wedding wasn't all about Prince William and Kate Middleton exchanging vows - it was also a day for fashion.

As celebrities and royals from across the globe gathered at Westminster Abbey, royal watchers, critics and fashion bloggers closely examined what everyone wore for the big event. Some guests received high praise, but others weren't so lucky.

There was definitely some focus on Queen Elizabeth II, who donned a yellow dress, coat and hat by Angela Kelly.

"You could see color hierarchy," Tim Gunn told ABC News. He added that the monarch's color choice made it known that the royal family centers around her: "The queen was a metaphor for the sun. Camilla, Carole Middleton, other royal family members were in neutral colors, so as not to compete."

Gunn also mentioned his dislike for Princess Anne's wardrobe, saying "she looked like a garden salad." He complimented Camilla, Duchess of Cornwall on her hat, but wasn't too thrilled with her outfit - saying it was unflattering and chunky.

Esquire crowned Prince Daniel of Sweden as best dressed with his bullet-proof collar, an impeccable tie and a double-breasted vest. Kate's brother, James Middleton, was also considered one of the best dressed for his classic look.

David and Victoria Beckham made an appearance and didn't disappoint, according to Style Bistro. Victoria was dressed in her own design, a navy blue dress which hid her baby bump, while David traded in his soccer uniform for Ralph Lauren suit. Both wore hats by Philip Treacy.

The Telegraph placed the mother of the bride, Carole Middleton, on their best-dressed list for her light blue crepe coatdress by designer Catherine Walker, a favorite of the late Princess Diana.

Harper's Bazaar was also kind to the maid of honor, Pippa Middleton, who donned a white Sarah Burton creation for Alexander McQueen, saying it perfectly enhanced her sporty figure. The magazine also complimented Prince Harry's on-again, off-again girlfriend Chelsy Davy on her teal Alberta Ferretti dress, calling it "bright, tight, cut above the knee, and showed off a mean tan."

In true British fashion, hats were a popular accessory during the wedding, and many royal watchers were talking about the Philip Treacy ones worn by Princesses Beatrice and Eugenie of York. The Daily Mail called their unique accessories "ludicrous" and "flops." A Facebook group has also been formed entitled "Princess Beatrice's ridiculous hat."

Tell us: What did you think of the fashions at the Royal Wedding?