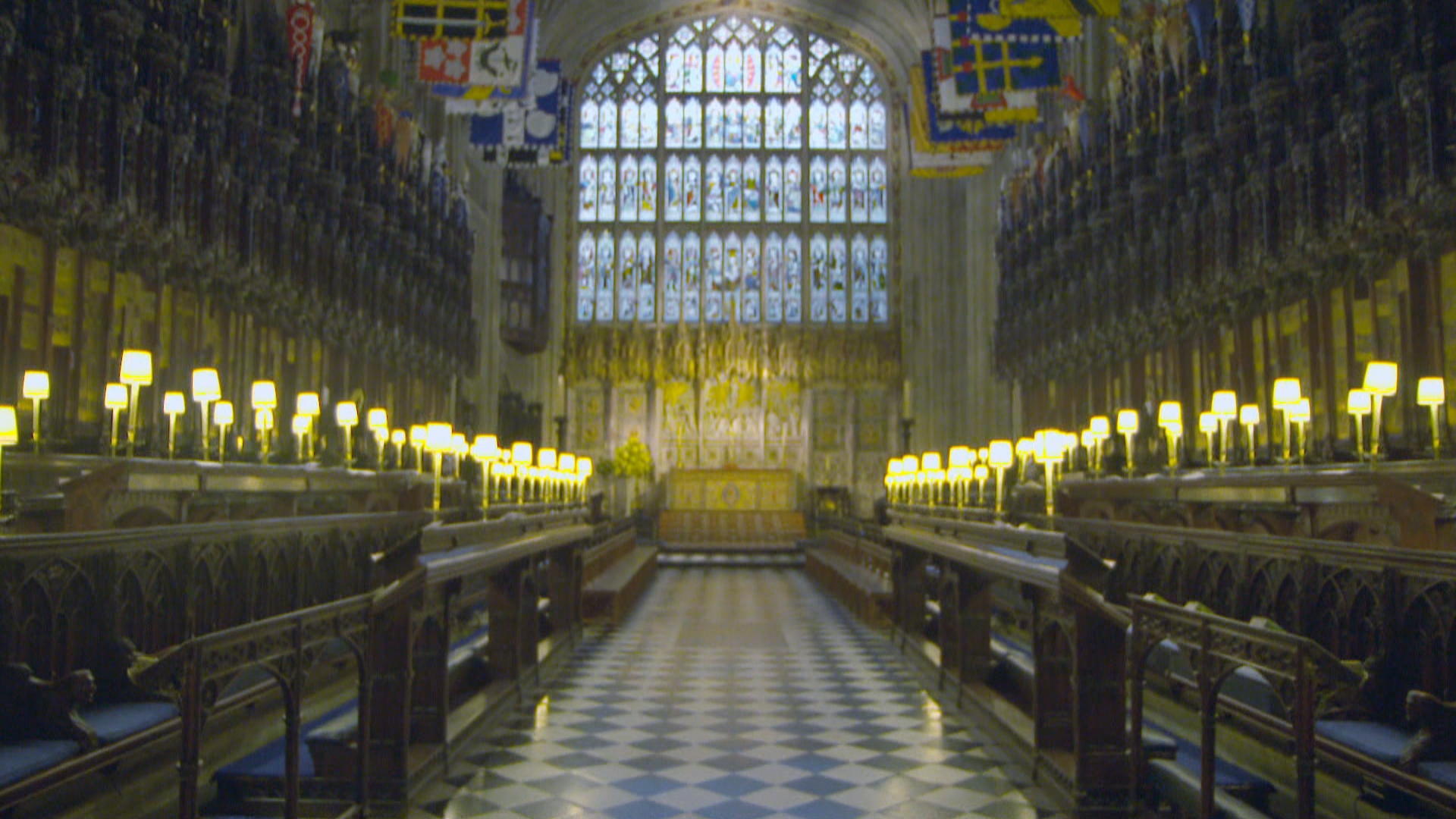 WINDSOR, England -- Windsor Castle, the longest occupied palace in Europe, has been the residence of 40 of England's monarchs since its founding by William the Conqueror in the 11th century. It's also where Prince Harry and Meghan Markle have chosen to tie the knot.

"The queen grew up in Windsor. So it was her childhood home. And she continues to come here most weekends....It's a place where she feels comfortable," Charlotte Manley, a chapter clerk at St. George's Chapel, told "CBS This Morning" co-host Gayle King. "Was started in 1475 and it took about 50 years to build it and it's a wonderful example of a particular kind of architecture called perpendicular. Tall, soaring columns, lots of light coming in – and lots of glass."

The more than 500-year-old chapel within the walls at Windsor is where Prince Charles celebrated his marriage to Camilla Parker Bowles back in 2005. Though a number of commoners have also married there, Meghan Markle will be the first American.

While Prince William and Kate Middleton said their vows in front of an audience of roughly 2,000 at Westminster Abbey, fewer than half will witness the wedding inside the chapel. Prince Harry and Meghan's will be an "intimate" wedding of 600.

"Well, if you compare it back to the Victorian days, when royal weddings were held here, they were small scale because it was just really family attending," Manley said.

Crowds will also fill the castle grounds, the streets of Windsor and many millions more are expected to tune in throughout the world. But Manley isn't feeling the pressure.

"What's keeping you up at night as we do the wedding countdown?" King asked.

"I sleep very well," she replied.

What happens next in the Prince Andrew sex abuse case?
More