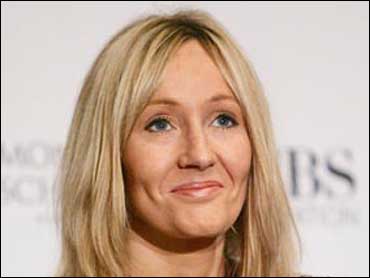 Harry Potter author J.K. Rowling is asking people who have inside information on her character's final adventure to be silent.

She says on her Web site that there are rumblings about spoilers being made public.

The seventh and final Potter book is eagerly anticipated by the millions of fans around the world. Rowling has said two major characters will die in "Harry Potter and the Deathly Hallows," which comes out July 21.

Even a fan site that's reported getting spoiler warnings about what's in store is pleading for secrecy.

At the Leaky Cauldron site, webmaster Melissa Anelli writes that fans have waited 10 years for the final revelations, and they don't want the last surprises ruined.

More than 300 million copies have sold of the previous Potter books. "Deathly Hallows" has more than one million pre-orders on Amazon.com alone.
View CBS News In
CBS News App Open
Chrome Safari Continue
Be the first to know
Get browser notifications for breaking news, live events, and exclusive reporting.