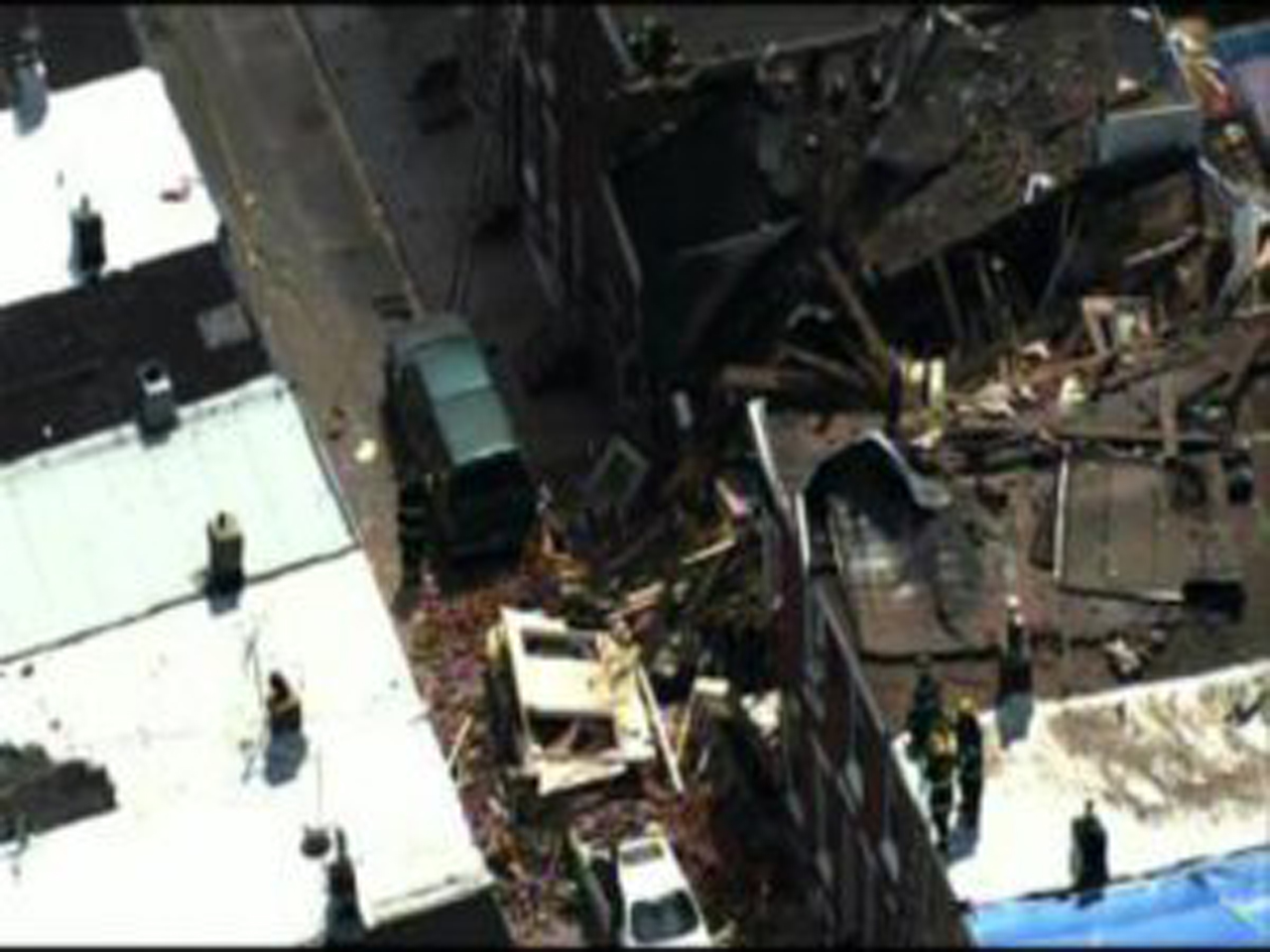 CBS station KYW reports that a helicopter crew saw one row collapsed and two other homes partially collapsed following what witnesses are calling an explosion in a South Philadelphia neighborhood.

Crews with the Philadelphia Gas Works were at the scene shortly after the collapse to turn off gas service to the area.

Neighbors said they heard a loud rumble and a strong odor of gas was noticeable shortly after the collapse.

Fire officials say the incident was placed under control before 12:30 p.m. and confirm all victims have been accounted for.

Police have several blocks in the area shut down as a precaution and have evacuated neighboring homes.