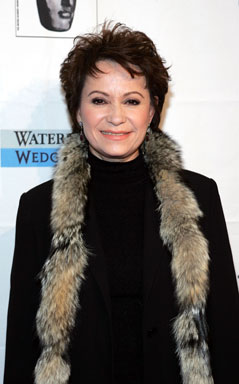 The White House Thursday rallied to the defense of a key presidential advisor linked to a controversial discussion about exempting the Salvation Army from laws banning discrimination against gays during hiring.

News earlier this week that the charity believed it had a solid commitment for such a regulation caused a furor, and the White House quickly ended a review of the possible regulation, saying no decision had been made.

On Wednesday, the White House blamed a mid-level staff member for leading the Salvation Army to believe the Bush administration had definitely signed on.

But the Washington Post reported in Thursday's editions that Karl Rove, the president's top political adviser, was a key contact for the Salvation Army.

"Rove was intimately involved in courting the Salvation Army," an official told the paper. The Post quoted the official as saying "nothing occurs around here" without Rove's blessing.

The story disputed comments earlier this week from Dan Bartlett, a deputy assistant to the president, who described Rove's involvement as cursory.

"Welcome to America — people contacting their representatives in the White House to state their claims," Fleischer said.

Some state and local laws bar discrimination in hiring gays and lesbians. Others require employers to offer health insurance and other benefits to the domestic partners of gay employees. Typically, these laws do not apply to religious groups. But it's not clear whether groups lose that exemption once they accept taxpayer dollars.

The faith-based initiative legislation now pending in Congress — and being pushed hard by Mr. Bush — makes it clear that any religious group that gets government money may consider religion in making hiring decisions. The Salvation Army was asking for an additional change in regulations, called an OMB circular.

Salvation Army first approached the White House in April, reports CBS News Chief White House Correspondent John Roberts. A month later the charity asked Rove if he could help move the process along. Rove agreed and contacted the Office of Management and Budget.

The White House Thursday also denied any quid pro quo arrangement with the Salvation Army. An internal memo obtained by the Post suggested the charity was going to support the president's faith-based initiative in return for the exemption from discrimination rules.

That initiative would award federal funding to religious charities that provide social services.

"Not only can I tell you that there was never a suggestion of a quid pro quo, in this case the Salvation Army asked for something that it did not get, and the Salvation Army is supporting the president's faith-based initiative," Fleischer said.

The Salvation Army now says the attorney who wrote that part of the memo "overstated the case."

The Post report again placed Rove — a close but mainly behind-the-scenes advisor to the president — in the media spotlight.

The Bush Presidency: Meet the players.
The 50-year-old Rove has earlier been criticized for meeting with officials from the company Intel when that firm was seeking federal approval of a merger and Rove still held company stock.

He also took heat for participating in energy policy meeting while holding stock in the energy company Enron. Rove had apparently sought to sell his shares early in the year, but the White House counsel's office advised him to wait.

And when Rove took a lead role in the Bush administration decision to end bombing practice on the Puerto Rican island of Vieques, that angered military chiefs.

A Democratic operative told CBSNews.com that Rove's tendency to get bad press these days has made him a "gift from God." But the Salvation Army issue has raised enough questions that House Democrats fired off a letter to Rove Thursday demanding answers and vowed.

Rep. John Conyers, D-Mich., vowed that if Rove did not answer the questions, Democrats would "get a subpoena to find out what Rove and his little gang at the White House have been up to."