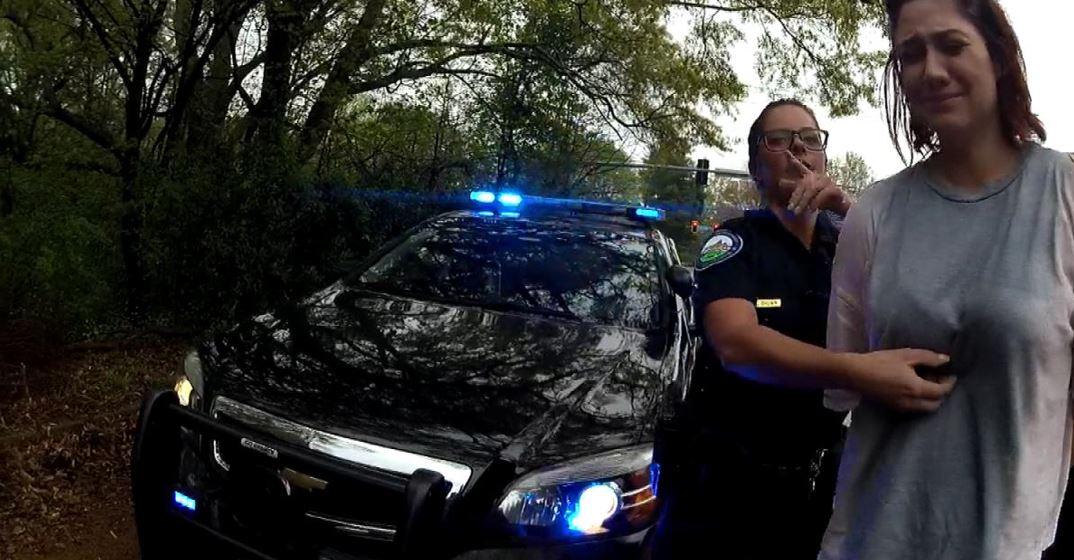 ROSWELL, Ga. -- Heads, you're under arrest. Tails, you're free to go. Body camera video shows Georgia police officers laughing as they use a coin-flip app to decide whether to detain a woman during a traffic stop in April.

The video obtained by WXIA-TV shows Roswell police Officer Courtney Brown asking Sarah Webb whether she knew how fast she was going. Webb apologizes, saying she was late for work, and Brown tells her to turn off the car and hand over her keys.

Brown then returns to her car to consult with fellow officers about whether to arrest Sarah Webb or just give her a ticket.

"What do you think?" one of the officers asks.

Brown says she didn't record the actual speed at which Webb had been driving. She then can be heard saying, "Hold on," as she opens a coin-flip app on her phone. Officer Kristee Wilson suggests that heads should mean arrest and tails should mean release. Brown agrees and flips the coin in the app.

"This is tails, right?" Wilson asks.

But then Wilson suggests a police code for arrest, and the two can be heard laughing.

The officers decide to charge Webb with going too fast for conditions and reckless driving. Brown then arrests Webb, handcuffing her and putting her in the back of a patrol car.

Police Chief Rusty Grant said in an emailed statement Friday that as soon as he found out about the incident he started an internal investigation and put the two officers on administrative leave. He said he couldn't discuss details as the investigation is ongoing.

"I have much higher expectations of our police officers and I am appalled that any law enforcement officer would trivialize the decision making process of something as important as the arrest of a person," Grant said.

"They're very degrading and rude and mean," Webb told Inside Edition.

"Wow, these people put my freedom in the hands of a coin flip," she said. "And that's disgusting."