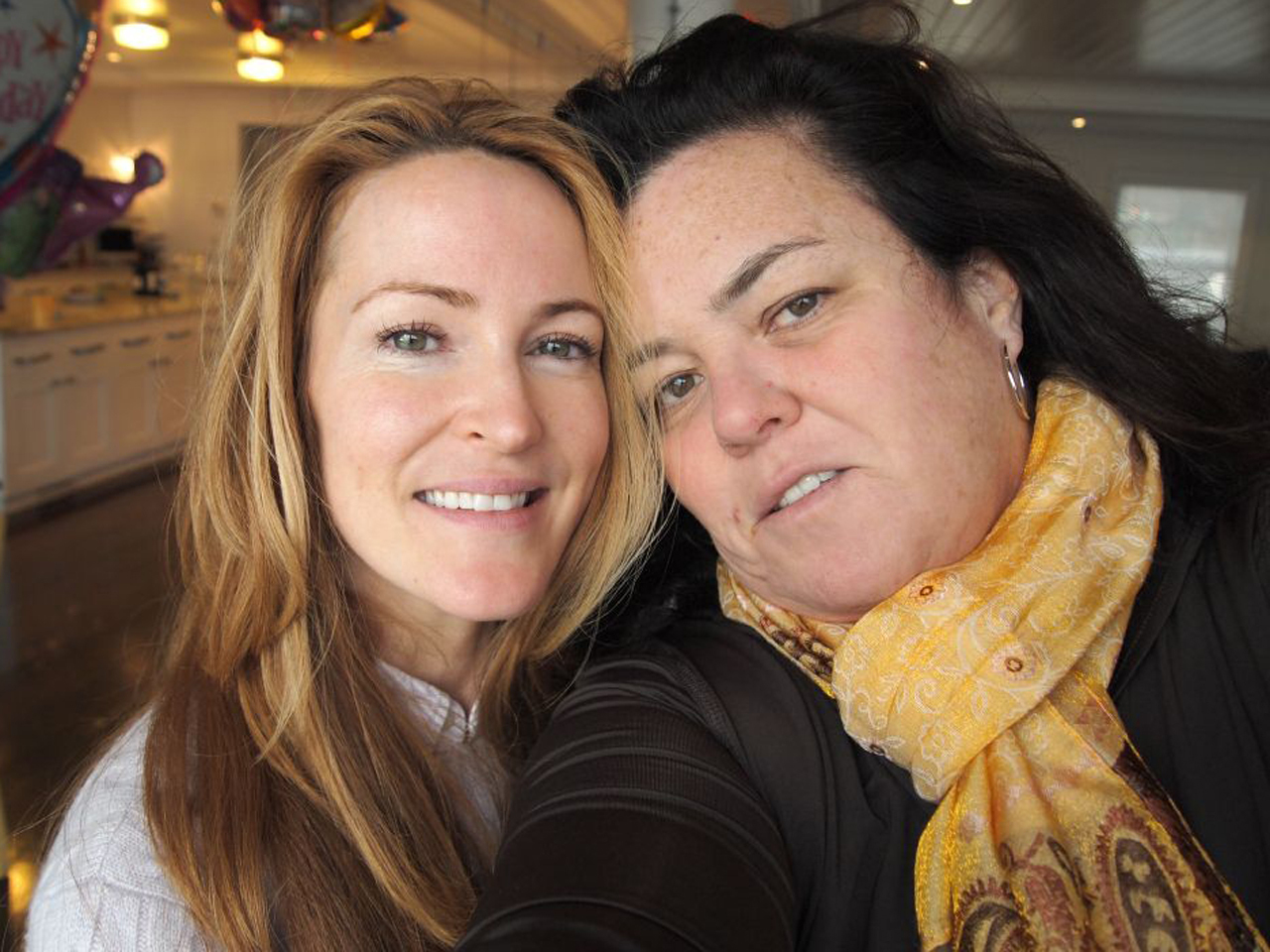 (CBS/AP) Rosie O'Donnell is engaged to her girlfriend, Michelle Rounds.

O'Donnell's publicist and a spokesman for the Oprah Winfrey Network say the host of "The Rosie Show" told her studio audience about the engagement Monday during a commercial break. The Emmy Award-winning talk show host's new program debuted in September. She tapes in Winfrey's former Chicago studio.

On Monday, the TV star tweeted a photo of Rounds, a 40-year-old headhunter for an information technology company, smiling and wearing an engagement ring. The caption reads, "so so so happy."

O'Donnell, 49, is a mother of four and was previously married. She and former partner Kelli Carpenter publicly wed in San Francisco in 2004, two weeks after the mayor authorized granting marriage licenses to same-sex couples. The licenses were later voided by the California Supreme Court.

O'Donnell's publicist says a wedding date hasn't been set, but Us Weekly reports that O'Donnell told the audience that the couple plans to wed over Christmas.