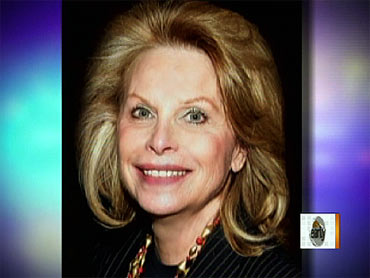 Ever since Ronni Chasen was mysteriously gunned down two and a half weeks ago, the Beverly Hills police have said next to nothing about the high-profile murder investigation.

Andrew Blankstein, a reporter for the Los Angeles Times, said, "If there's one thing we've seen in the last two weeks, they knew a lot more than they were letting on."

Profiler: Ronni Chasen Killer was Close to Her
Police: Man Linked to Chasen's Death Kills Self

CBS News correspondent Ben Tracy reported that's because earlier this week detectives showed up in force at this run-down Hollywood apartment building to question Harold Martin Smith, a so-called "person of interest." But, he shot and killed himself in front of police. TMZ reports there is not yet any physical evidence linking him to Chasen's death.

Neither do celebrities bloggers, but they're still having a field day with what is been dubbed "a real Hollywood whodunit," saying police are considering everything from a random incident of road rage to a hit man to explain her death.

According to Chasen's will, she had a net worth of more than $6 million. Friday, Tracy reported, the executors asked a judge to release up to $30,000 per months from her trust - even as the investigation into her murder continues.

Martha Smilgis, a friend of Ronni Chasen's, told CBS News, "It's all part of a legal process to, you know, take care of the business, take care of her employees."

On "The Early Show on Saturday Morning," John Nazarian, a private investigator in Beverly Hills and acquaintance of Ronni Chasen's, said Harold Martin Smith could possibly be involved in Chasen's death - or not.

He said, "You know, like everything else involving this case, who knows? Is it possible? Sure. But, when you look at the character of this gentleman, it would seem to me that he just talked a great deal and was making himself sound like he was far more important than he really was. And, unbeknownst to him, he's standing there when two police officers, or how ever many were there show up, and he's realizing, he didn't kill anybody, but he now has a gun in his pocket and he's also made it very clear he was not going to go back to prison. He had done some time in prison and this could be a third strike here in California. And, quite frankly, he knew that when he was searched, the cops were going to find the gun. And he just took -- he literally checked out. He shot himself and killed himself."

As for the speculation that Chasen had a temper, and was the victim of retaliation from road rage, Nazarian said, "A temper. What would she do, throw her lipstick, her Chanel lipstick at somebody? You say a temper. I don't know. I've been traveling that part of sunset since the 1970s, and if you look at any case of road rage in Los Angeles or southern California in the last 10 years, these cars all look like they came out of a segment of Bonnie and Clyde. This car had -- I said earlier, the crime scene was very neat and tidy. She had a broken window, which was probably done with the first shot. But, the car did not look like something you see typically in what we would call a road rage case."

Nazarian said he's received tips that the case could involve money laundering or the legitimacy of some artwork.

He said, "Over the last couple of weeks we've gotten little tidbits of information, but I'm not sure whether that issue of money laundering and the artwork was involving her or one of her clients. It's not clear to me as to what those facts are."

For more with Nazarian and the Ronni Chasen investigation, click on the video below.