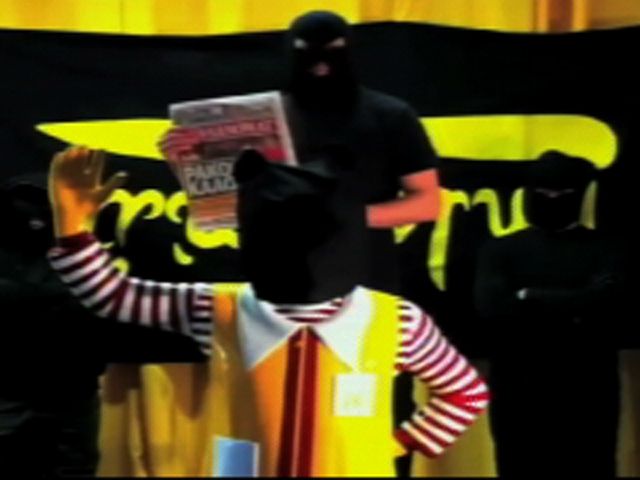 A Ronald McDonald statue was beheaded by guillotine in a stunt performed by the Food Liberation Army, or FLA.

The Finnish activist group demanded that the fast food giant answer a list of eight questions regarding McDonald's food production and quality.

If they did not respond, Ronald would be executed.

Their questions included how many tons of un-recycled waste McDonald's produces annually and whether the company hires illegal immigrants.

After a response was not received, the activists made good on their threat decapitating their hostage in an eery video posted to their website.

According to "The Consumerist," McDonald's spokespeople issued a statement saying that the company is always available for "constructive conservations" and the FLA video "is in very poor taste."