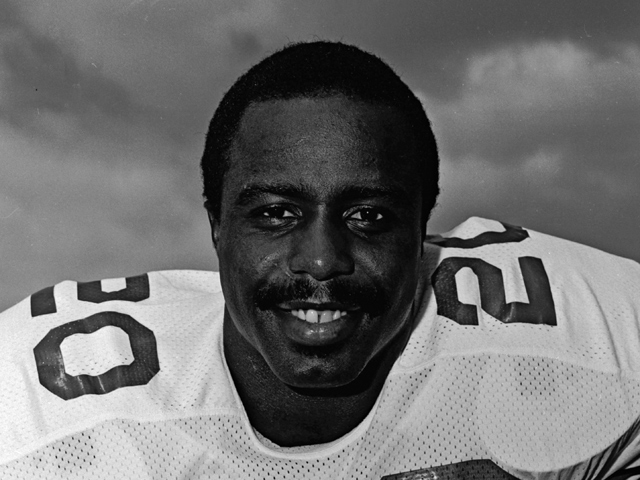 DALLAS - Former Dallas Cowboys running back Ron Springs, who spent the past four years in a coma after losing oxygen during a 2007 operation, has died without ever regaining consciousness. He was 54.

Former Cowboys teammate Everson Walls, who donated a kidney to Springs for a transplant, says the Springs family informed him that his friend died about 4:30 p.m. Thursday at Medical City Dallas hospital.

The hospital is where Springs first slipped into the coma in 2007 after undergoing surgery to remove a cyst from his forearm about seven months after receiving the kidney.

In 2008, Springs' wife, Adriane, filed a medical malpractice lawsuit against two doctors she says caused brain damage to her husband during the cyst surgery.

Despite the lengthy coma, the death came as a surprise, Walls said.

"We are people of faith, and we never gave up home that he would regain consciousness," he said. "He seemed to be holding his own. They say he just took a breath and he flat-lined."

"He was such a worldly person who touched so many lives in every area code," he said.

In a statement issued Thursday night, Cowboys owner Jerry Jones said, "Ron's life will always be remembered by the joy and laughter that he brought to others and the courage and toughness he displayed until the end. Regardless of the circumstances, he always had a smile for everyone. The Dallas Cowboys have lost a wonderful member of our family, and we share our thoughts and prayers with his family."

Springs had suffered from diabetes for 20 years, a disease that not only caused his kidney failure but also led to the amputation of his right foot and the big and middle toes on his left foot and caused his hands to curl into knots.

He also was forced into a wheelchair and needed dialysis three times a week before receiving the transplant.

Springs was drafted by the Dallas Cowboys out of Ohio State in 1979 and became a starter alongside Tony Dorsett in '81, the year Walls arrived as an undrafted rookie from Grambling. Springs left in 1985, finishing his career with two seasons in Tampa Bay.

In the four seasons Springs and Walls played together in Dallas, the two forged a strong friendship. Springs is the godfather of Walls' oldest daughter, and Walls received the same honor for Springs' youngest child.

Springs' son, Shawn, also played for Ohio State and in the NFL.

Walls and Springs formed the Gift for Life Foundation, which aims to educate people about ways to prevent chronic kidney disease and dispel myths about the living donor process.

Funeral arrangements are pending and will be disclosed on the foundation website, Walls said.