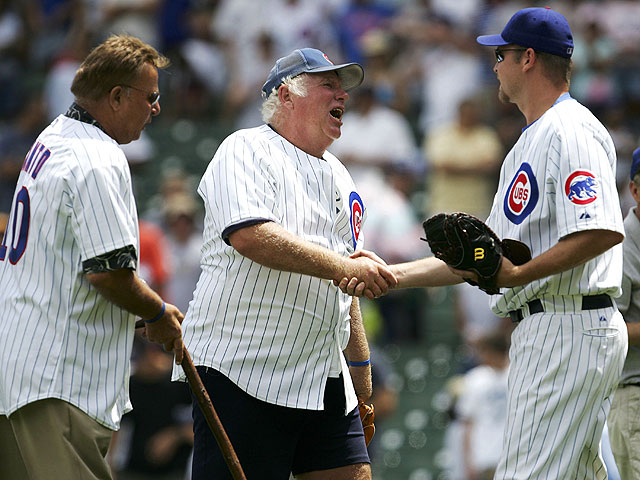 (CBS/AP) Ron Santo, who battled juvenile diabetes to become a star player with the Chicago Cubs and a radio announcer famously devoted to the perennial losers, lost his life on Thursday. He died of complications of bladder cancer at a hospital in Arizona at the age of 70.

"Ronnie will forever be the heart and soul of Cubs fans," Cubs Chairman Tom Ricketts said in a statement Friday.

Santo, a nine-time all-star in his 15-year career, was widely regarded as one of the best players never to make it into the Hall of Fame. The quiet sadness with which he met the news year after year that he hadn't been inducted helped cement his relationship with the fans.

But simply making it into the Big Leagues represented a personal triumph for Santo, who was diagnosed with diabetes in 1959 on the brink of his debut with the Cubs.

"I was diagnosed with diabetes at age 18," Santo told the Chicago Sun-Times in 1990, the New York Times reported. "I didn't know what it was, so I went to the library and looked it up. I can still remember the feeling I had when I read the description: Life expectancy of a juvenile insulin-dependent diabetic: 25 years. It also stated that it would cause blindness, kidney failure and hardening of the arteries. At that point, I said to myself, 'I'm going to fight this thing and beat it.' That's how badly I wanted to live and be a big league ballplayer."

Santo began taking insulin but hid his illness for years, fearing it would derail his career, according to the Times.

The disease did take a heavy toll on Santo. After retirement, he suffered heart attacks and underwent heart and bladder surgery, according to the Times. His legs were amputated in 2001 and 2002.

But he remained popular for his fund-raising efforts for diabetes as well as his work in the radio booth, where he made it clear that nobody rooted harder for the Cubs - and nobody took it harder when they lost.

Santo's groans of "Oh, nooo!" and "It's bad" when something bad happened to the Cubs, sometimes just minutes after he shouting, "YES! YES!" or "ALL RIGHT!" became part of team lore as the "Cubbies" came up short year after year.