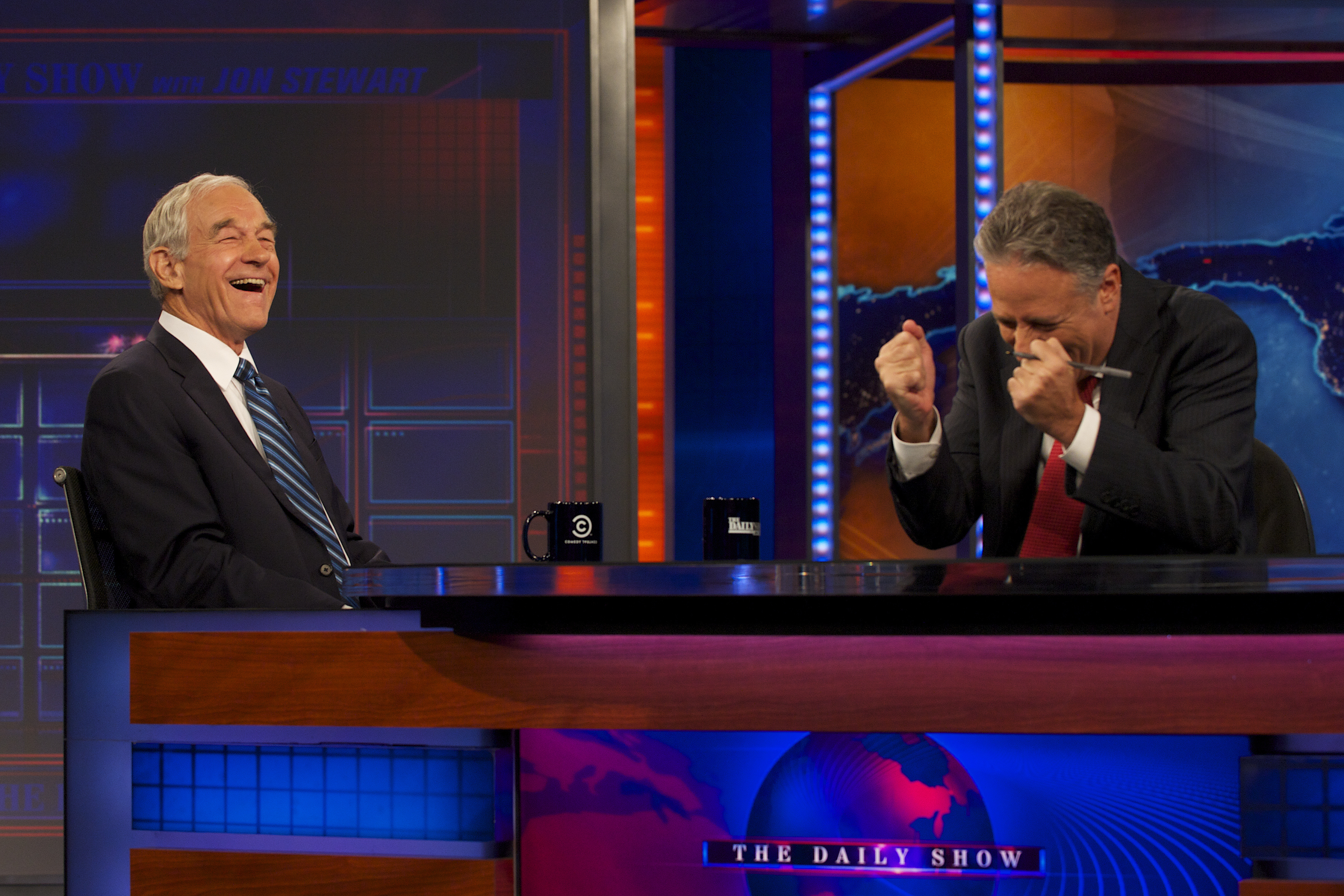 NEW YORK - Rep. Ron Paul, R-Texas, is never going to carry this city in the 2012 presidential race, but the libertarian presidential candidate understands the importance of visiting the Big Apple to broadcast his unorthodox campaign message and pay attention to his passionate base.

On Monday, Paul appeared on "The Daily Show with Jon Stewart," where he chatted with Stewart about his electability, his Libertarian views and his enthusiastic supporters. He told the comedian he thinks Republicans' apparent dissatisfaction with the rest of the GOP field could give his long-shot campaign a boost: "We very well could be on the verge of explosion of interest in this country."

A few hours after the "Daily Show" taping, Paul attended a rally in his honor organized by Ron Paul NYC Liberty, a self-professed grassroots organization not affiliated with Paul's official campaign. The event was held at Webster Hall, a nightclub and concert venue on Manhattan's Lower East Side, with more than 1,200 paying attendees shelling out about $20 each to attend the event that more closely resembled a rock show than a political event.

"I voted for Ron Paul in 1988 when he ran as libertarian," Peter Schiff, CEO of Euro Capital, told the crowd with a drink in his hand and smile on his face. "If he had won that election we wouldn't be in this mess."

Paul took the stage to a roaring crowd yelling his name in unison. His 30-minute speech was no different than the usual libertarian rhetoric he articulates, but the crowd cheered and screamed after ever punch line.

"Why is it that the active military people send [me] more money than all the rest of 'em put together?" Paul asked, mocking the questions he has been asked at televised debates. "Maybe it is because they don't want to fight unconstitutional, unnecessary, useless wars."

Earlier, on "The Daily Show," Stewart joked with Paul about his ability to maintain a consistent message throughout his political career. The comedian recently decried Paul's lack of media attention in an interview with Rolling Stone magazine.

"Have you thought about flip- flopping?" Stewart asked. "Because I feel like when I watch the debate, a great deal of it is each candidate yelling at the other for things they used to say that they no longer believe in, and during that conversation they really don't look at you."

In response Paul grinned and said, "If you were my political advisor you would say maybe I should try that and get more attention."

The interview ended with Stewart calling Paul "one of our last consistent politicians that we see in this world."

On Tuesday Paul has four campaign stops in Iowa, where he finished second in the Ames Straw Poll behind Rep. Michelle Bachmann, R-Minn.