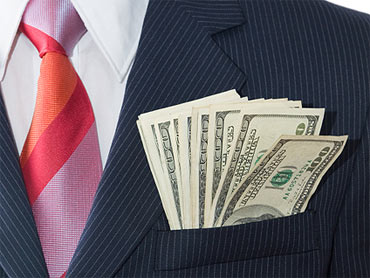 Three Republican members of the House could reprimanded by party leadership for defying the House GOP's year-long ban on earmarks.

Republican Reps. Anh "Joseph" Cao of Louisiana, Ron Paul of Texas and Don Young of Alaska have all requested federal funding for specific projects largely in their districts.

However, the House GOP last month said it would stop requesting earmarks for a year. The move was made in response to a House Democratic moratorium on earmarks directed to for-profit companies. Both parties are interested in appearing fiscally responsible ahead of the November midterm elections.

Cao has submitted requests for about 75 earmarks that amount to around $420 million, insisting his New Orleans district needs federal assistance, the Times-Picayune reported.

Young, who says he will continue to try to accommodate his constituents' requests, submitted more than 100 earmark requests, including $9.5 million for Alaska Aerospace Corp. and $26 million to construct new additions to a physical fitness facility in Fort Richardson, Alaska.

Paul, who submitted just over 40 requests, typically works to decrease the size of the federal government and its involvement in state affairs. However, he thinks the earmark process is more transparent the regular budget process, according to the Times-Picayune. And since he believes Washington takes too much money from taxpayers, he feels it is "part of his job is to work hard in Washington, D.C., to get that money back to those constituents in any form that he can," according to his spokesperson.

Bucking party leadership, however, could have consequences. A spokesperson for House Minority Leader John Boehner said the three could put their committee assignments in peril, Talking Points Memo reports.

"The Leaders expect all House Republican members to comply with the moratorium," Boehner's spokesman Michael Steel reportedly said. "There will be situations where we have some confusion on how these rules are implemented, but if Members are deliberately breaking the rules, it will be a serious matter and one that the Steering Committee will consider."