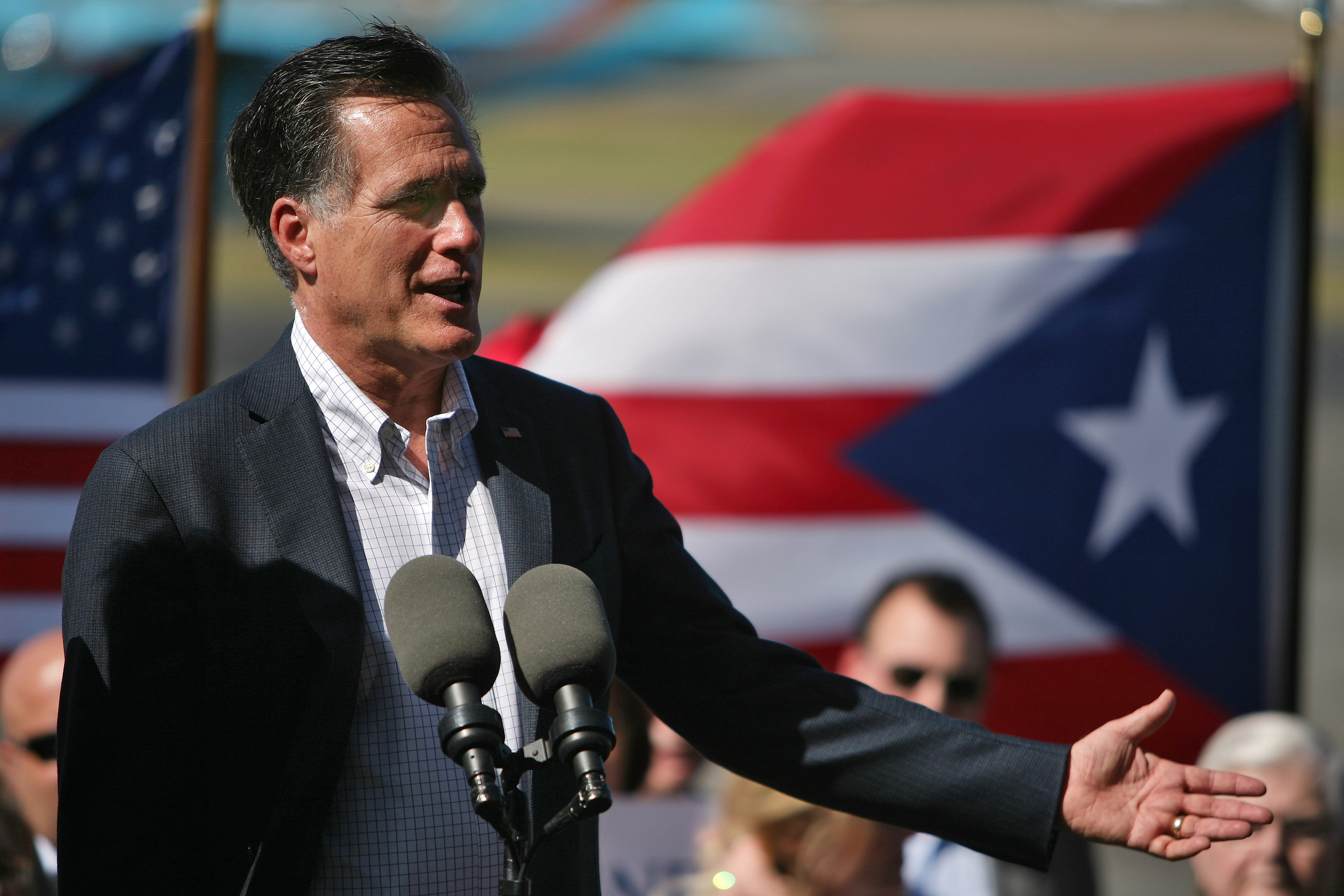 (CBS News) SAN JUAN, Puerto Rico - After his main rival ignited a firestorm over requiring Puerto Rico to adopt English as a condition of statehood, Republican presidential candidate Mitt Romney flew to the island territory today and said he would support no such requirement as president.

But Romney faced a hurdle of his own in winning the hearts of voters here and their 20 delegates - his opposition to the appointment of Sonia Sotomayor, who is of Puerto Rican descent, to the federal bench. She was later chosen by President Obama for a seat on the Supreme Court.

Santorum on Wednesday told a local newspaper that he would make adoption of English a condition of statehood, a requirement no other state has had to meet. Neither the Constitution nor federal law designates an official language for the United States. A delegate listed on Sunday's primary ballot, who is also a member of the Puerto Rico Senate, removed his name from list of those committed to Santorum in protest, calling Santorum's position is "offensive."

Puerto Ricans, who recognize both English and Spanish as their official languages, are scheduled to vote in November on a referendum to decide whether they want to pursue statehood or remain a self-governing U.S. commonwealth.

Romney flew into Puerto Rico on Friday, after campaigning in Illinois, and held a brief press conference, where he was asked about the English-language controversy and his opposition to Justice Sotomayor. The Romney campaign is running ads attacking Santorum for supporting Sotomayor when she was appointed to a federal circuit court in 1998. The ad criticizes Santorum for helping put Sotomayor on the path to the Supreme Court, where she is one of the more liberal-leaning justices.

Romney said Sotomayor's views differ greatly from his own, and that he would not have supported her appointment. "I would be happy to have a justice of Puerto Rican descent or a Puerto Rican individual on the Supreme Court, but they would have to share my judicial philosophy. That comes first."

He was also asked to comment on a story in the The New York Times Friday that alleged that Mitt Romney's family blind trust has holdings in a Bain Capital-run fund that invested in Chinese video surveillance used against dissidents. The reelection campaign for President Obama said in a statement that Romney "is not living up to his own publicly-stated values. Mitt Romney seems to play by one set of rules on the campaign trail but has another set of rules for his own finances."

Romney declined to comment on the specifics in the story, which he said he was not familiar with. However, he pointed out that he left the helm of Bain in 1999, and that any investment decisions about his blind trust are made by a trustee, not him.