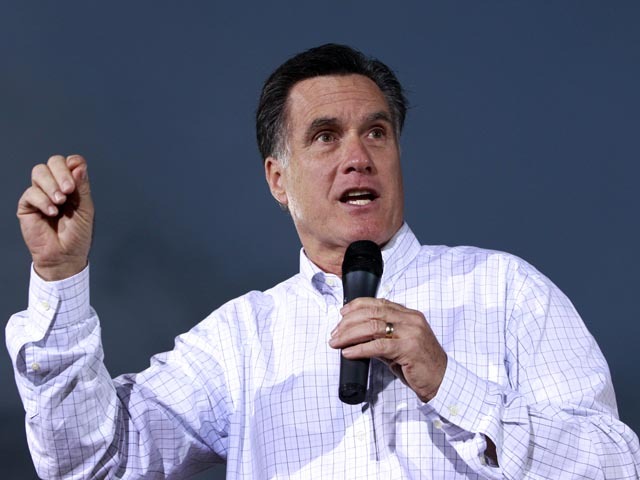 TAMPA, Fla. -- In his pre-emptive rebuttal to President Obama's State of the Union address, Mitt Romney on Tuesday said Obama would serve up "divisive rhetoric from a desperate campaigner-in-chief."

"President Obama will make the opening argument in his campaign against a 'do-nothing Congress,''' Romney said. "But we shouldn't forget that for two years, this president had a Congress that could do everything he wanted ... Today, President Obama has amassed an actual record of debt, decline, and disappointment."

The speech served as an opportunity for Romney to change the subject from his income tax returns from 2010 and 2011, which were released Tuesday morning and confirmed his stature as a multi-millionaire who pays a lower tax rate than most Americans -- something the Obama campaign already has started to use against him.

"In big speeches, he tends to tell tall tales about an America that's thriving on his watch," Romney said, stressing that he would do things differently.

"If tonight were the first message to Congress in a Romney administration, I'd have the courage to tell the American people how it is and tell Congress what we really need to do," he said. "I wouldn't spend my time blaming others for how we got in this mess; I'd explain how we're going to get out of it. I'd use the State of the Union to lay out an agenda that will get our country back on track and get our fiscal house in order."

Against a backdrop of an American Flag falling behind a giant "Obama Isn't Working" banner, Romney tailored his remarks to the voters of Florida, many of whom were hit particularly hard by the 2008 collapse of the housing market.

"Here in Florida," Romney said, "people used to wake up and look forward to a hard day's work and a good, honest wage. The money they earned helped support families and build communities. Today too many factory floors are silent, warehouses are deserted, corporate offices are empty, and real estate endeavors are abandoned. Floridians are struggling to find a job, keep a home, and raise a family."

"We're not buying this historian story," said Rep. Connie Mack, R-Fla., citing Gingrich's denial that he was a lobbyist. "What was his relationship; what was his influence? I think it's an important issue in Florida."

House Ways and Means Committee Chairman Dave Camp, R-Mich., also pointed to Gingrich's aversion to cutting a deal with then-President Clinton on overhauling welfare to deny Clinton a political accomplishment as he sought re-election in 1996.

"Clinton vetoed that legislation twice; Newt wanted him to veto it a third time," Camp said. "We stood up to Newt and if we didn't we might not have had welfare reform."