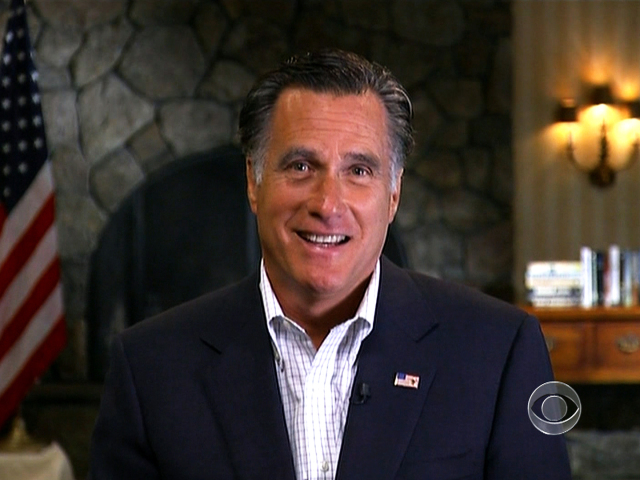 (CBS News) Mitt Romney held up the waiters and waitresses serving donors at a fundraising event Monday night as examples of people who aren't doing well under President Obama.

Addressing 300 contributors at a Jackson, Miss., fundraiser who paid $2,500, $10,000 or $50,000 to hear him speak, Romney acknowledged that the people in the room were well-off compared to many Americans. It was the middle class that had been let down by Obama, Romney said, and he pointed to the wait staff serving finger foods as an example.

"It's tough being middle class in America right now," Romney said. "The waiters and waitresses that come in and out of this room and offer us refreshments, they're not having a good year. The people of the middle class of America are really struggling. And they're struggling I think in a way because they're surprised because when they voted for Barack Obama...he promised them that things were going to get a heck a lot of better. He promised hope and change and they're still waiting."

As he did earlier at a fundraiser in Baton Rouge, La., Romney accused Obama of funneling government money to his own donors, while neglecting those struggling in the country.

"This is a time when it's good to be a friend of Obama campaign," Romney told the crowd at the River Hills Club in Jackson. "Because you might be able to get some money for your business. But it's not so good to be middle class in America."

Romney said it is "not true," as some have insinuated, that the Republican Party is only concerned about the rich. "We're the party of people who want to get rich...We also want to make sure people don't have to become poor. And we know what it takes to keep people from becoming poor."

They key to financial success, he said, it "economic freedom." Romney regularly contends that Obama's economic policies - which he describes as higher taxes and more regulations - are stifling innovation and entrepreneurship that drive the U.S economy.