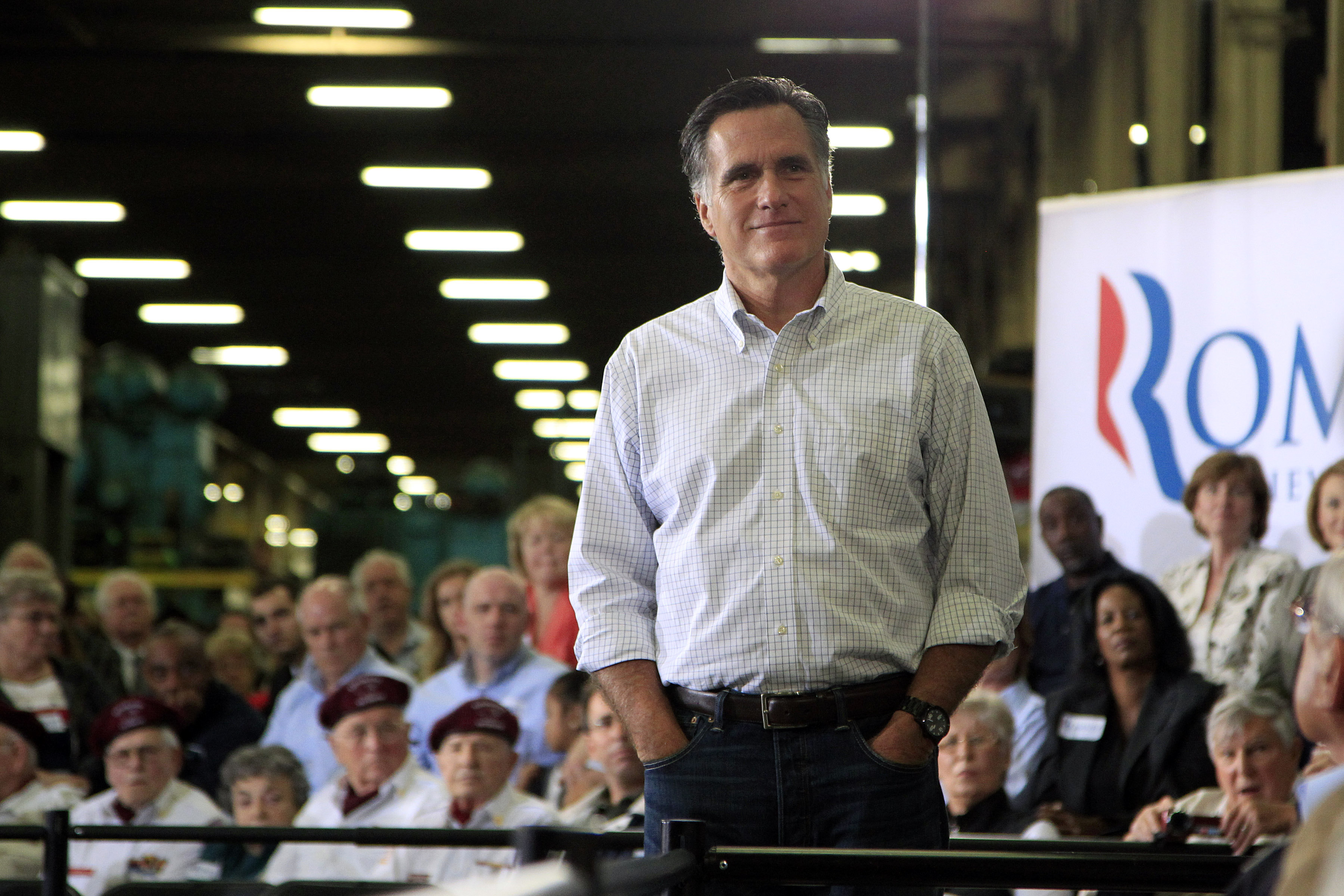 (CBS News) Republican presidential candidate Mitt Romney said Thursday that while he opposes same-sex marriage, he is "fine" with gay couples adopting children. The presumptive nominee also declined to criticize President Obama's reversal on the issue, saying he would "respect the right of the president to reach the conclusion he has."

In his most detailed comments to date on the issue of civil rights for gay people, Romney told Fox News television host Neil Cavuto, "I know many gay couples that are able to adopt children. That's fine. But my preference is that we ... continue to define marriage as the relationship between man and a women."

The statement seemed to put Romney in the position of condoning same-sex families with children as long as the parents do not marry.

Later in the interview, he said, "I believe that my record as a person who has supported civil rights is strong and powerful. At the same time, I believe that marriage has been defined the same way for literally thousands of years by virtually every civilization in history, and that marriage is literally, by its definition, a relationship between a man and a woman. And if two people of the same gender want to live together, want to have a loving relationship, or even to adopt a child -- in my state individuals of the same sex were able to adopt children. In my view, that's something that people have a right to do. But to call that marriage is something that in my view is a departure from the real meaning of that word."

Romney's fall opponent, President Obama, came out in favor of same-sex marriage on Wednesday after months of saying his views on the matter were "evolving." During his campaign for president in 2008, and as a candidate for the Senate in 2004 , Obama opposed gay marriage.

After declining yesterday to comment on the president's reversal, Romney told Cavuto, "This is an issue where you can't really convince someone about. It's something where you either believe one way or the other. It's very much like the issue of life. And we come down on different sides of this issue after giving it careful thought and consideration. I respect the right of the president to reach the conclusion he has, and I presume he respects my right to hold to the position that I've had from the beginning of this topic being raised."

Asked whether he would be at a disadvantage politically if gays galvanize behind Obama's reelection campaign, Romney said, "Hopefully, people are focusing on the major issues of the day, which relate to our economy, getting people back to work, dealing with Syria. ... But I know for many people, the issue of marriage is going to be a defining issue and they will make their decision on that basis. That is their right. But you don't change your position to try to win states or certain subgroups of Americans. You have the positions you have, and you know, for a long time, I think since the beginning of my career, I have made it very clear that I thought that marriage should be a relationship between a man and a women."