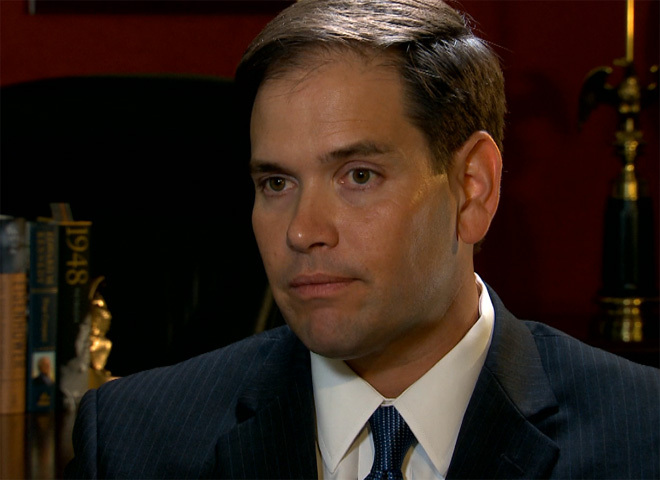 Speculation about Rubio's fortunes dominated the punditocracy throughout the day after ABC News, and later The Washington Post, reported that the young GOP star was not in the mix at this point. By early evening, Romney had decided to weigh in.

"There are only two people in this country who know who are being vetted and who are not, and that's Beth Myers and myself, " he told reporters, referring to the close aide in charge of his vice presidential search. "I know Beth well. She doesn't talk to anybody. The story was entirely false. Marco Rubio is being thoroughly vetted as part of our process."

Rubio's views on immigration have put Romney on the spot, but as a Cuban-American, he was widely viewed as a way for Republicans to work their way back into the good graces of some Hispanic voters. Rubio, who defeated moderate Charlie Crist in a 2010 GOP primary, is also popular among conservatives.