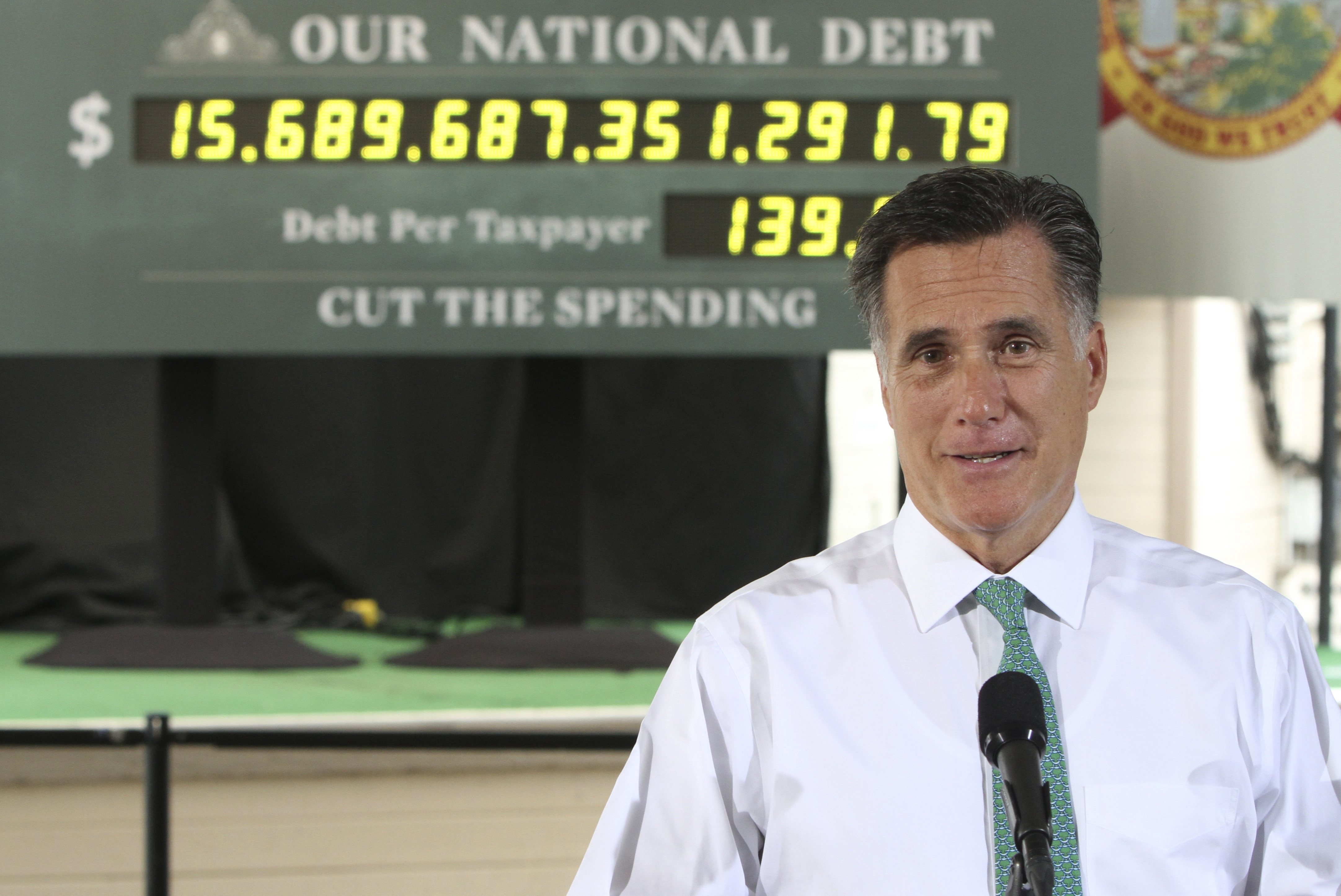 (CBS News) Mitt Romney on Thursday doubled down on his repudiation of a proposed ad campaign attacking President Obama for his ties to the controversial Rev. Jeremiah Wright, telling reporters such a campaign would have been "the wrong course for a PAC or a campaign."

"I want to make it very clear: I repudiate that effort, I think it's the wrong course for a PAC or a campaign," Romney said after a campaign event in Florida. "I hope that our campaigns can respectively be about the future and about issues and about a vision for America."

Earlier on Thursday, the New York Times published a report detailing a proposal by a group of Republican strategists to launch a $10 million attack on Mr. Obama that would have emphasized the president's former relationship with the controversial preacher.

The Times story details the 54-page-proposal, in which former advisers to Sen. John McCain, R-Ariz., allegedly criticize McCain for his decision during the 2008 campaign not to go after Mr. Obama for his ties to Wright.

"Our plan is to do exactly what John McCain would not let us do: Show the world how Barack Obama's opinions of America and the world were formed," the proposal says, according to the Times. "And why the influence of that misguided mentor and our president's formative years among left-wing intellectuals has brought our country to its knees."

When first asked about the Times story on Thursday morning, Romney said he had not yet read the papers and thus hadn't yet seen the story. Prior to his afternoon campaign event, however, Romney repudiated the proposal in the conservative publication Townhall.

"On the aircraft I was asked by someone here about whether I had seen the New York Times article with regards to a PAC that was presumably being formed to attack President Obama and if I had a reaction to it," Romney said at the press conference. "I had not seen the article at that point, but I read the article on the aircraft. As I read the article, I want to make it very clear, I repudiate that effort."

Romney quickly pivoted to attacks on Mr. Obama's campaign, expressing disappointment in what he cast as the campaign's focus on "character assassination."

"I've been disappointed in the president's campaign to date, which is focused on character assassination," Romney said. "I just think that we're wiser to talk about the issues of the day, what we do to get America working again, talk about our respective records."

When asked if he stood by a remark he made in February alleging that Mr. Obama was trying to make America a "less Christian nation," Romney said he wasn't "familiar precisely with exactly what I said," but that "I stand by what I said, whatever it was."

In a February radio interview with Sean Hannity, Romney referenced Wright unprompted when asked to respond to a clip of Mr. Obama saying that, "Given the increasing diversity of America's populations, the dangers of sectarianism are greater than ever. Whatever we once were we are no longer a Christian nation."

"I'm not sure which is worse: him listening to Reverend Wright or him saying that we must be a less Christian nation," Romney said at the time, according to Politico.

"I'll go back and take a look at what was said there," Romney said Thursday, of that remark, but said "the focus of my campaign is going to be, as I've just suggested, on the future and on who can do best to build an America that has great promise and great opportunity for fulfillment of dreams."

Brian Baker, who alongside Ricketts heads the outside group Ending Spending Action Fund, said in a statement that the proposal in question was "only a suggestion" and "never a plan to be accepted."