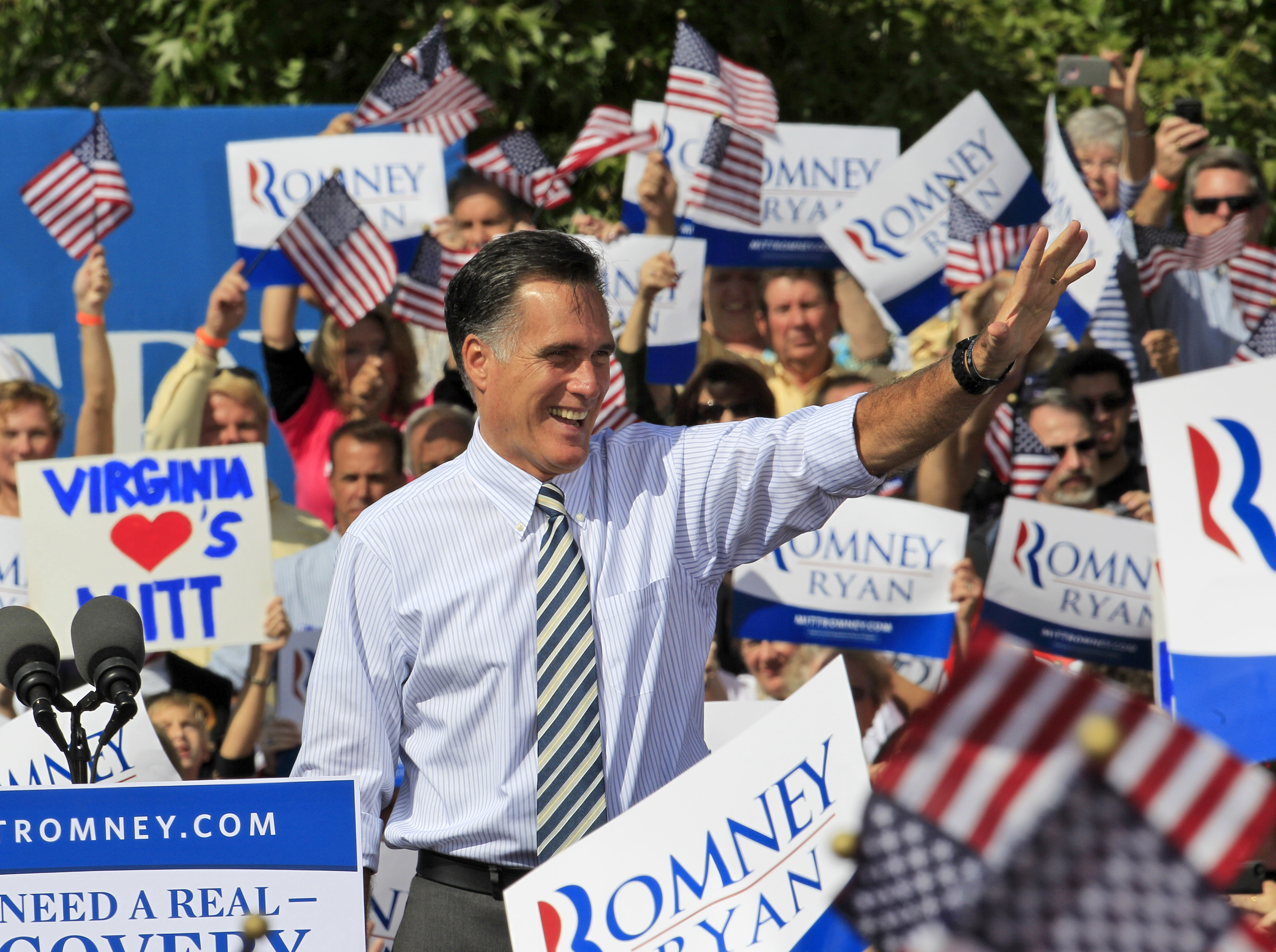 CHESAPEAKE, Va. - Coming off a second presidential debate that featured a mini-debate on women's issues, all four major candidates argued today on the campaign trail that their party will provide better leadership on the issues women are most concerned about.

Republican nominee Mitt Romney and his running mate Paul Ryan focused on how the struggling economy is impacting female voters. "This president has failed America's women," Romney said at an outdoor rally at Tidewater Community College in eastern Virginia that drew over 3,000 people. "They've suffered in terms of getting jobs, they've suffered in terms of falling into poverty."

Romney spoke about meeting women on the campaign trail as he travels around the country and said he often asks them how he can help them in their daily lives. "What they speak about day in and day out is help me find a good job, or a good job for my spouse," he said. "And help my kid, make sure my children have a bright future, better schools and better job opportunities. That's what the women of America are concerned about and the answers are coming from us and not from Barack Obama."

Ryan, similarly highlighted the struggles women have faced in the economy as he campaigned in the northeastern Ohio town of Berea. "Five and a half million women are still struggling for work in this economy -- a half million more are unemployed today than when President Obama was sworn in. 26 million women are trapped in poverty today, that's the highest rate in 17 years," he said.

President Obama and Vice President Biden also followed up on the female focus. Obama, campaigning at Cornell College in Mount Vernon, Iowa, suggested Romney's policies showed he was out of touch with women voters. Among other things, he cited Romney's plan to end federal funding for Planned Parenthood and his hesitancy to support for the Lilly Ledbetter law, which made it easier for women to sue for equal pay.

"You don't have to wait for an answer from me. The Lilly Ledbetter Fair Pay Act was the first bill I signed into law as president -- the first bill," Obama said. He said Romney's top adviser "finally admitted, no, the governor didn't really support that bill."

Romney senior adviser Ed Gillespie said after the debate that Romney had opposed the bill when it was introduced but would not repeal the law now. Gillespie backtracked Wednesday, saying in a statement released by the Romney campaign: "I was wrong when I said last night Governor Romney opposed the Lily Ledbetter act. He never weighed in on it. As president, he would not seek to repeal it."

Both Obama and Biden highlighted Romney's comments Tuesday night about approaching women's groups while he was the governor of Massachusetts and searching for qualified women to join his cabinet. "They brought us whole binders full of women," Romney said, introducing a phrase that instantly went viral.

Obama, discussing his plan to recruit 100,000 new math and science teachers over the next decade, added pointedly, "We don't have to collect a bunch of binders to find qualified, talented, driven young women ready to learn and teach in these fields right now."

Biden, at a rally in Greeley, Colo., said Romney "started talking about binders" in response to a direct question about equal pay. "Folks, the idea he needed to go and ask where a qualified woman was, he just should have come to my house. He didn't need a binder. "