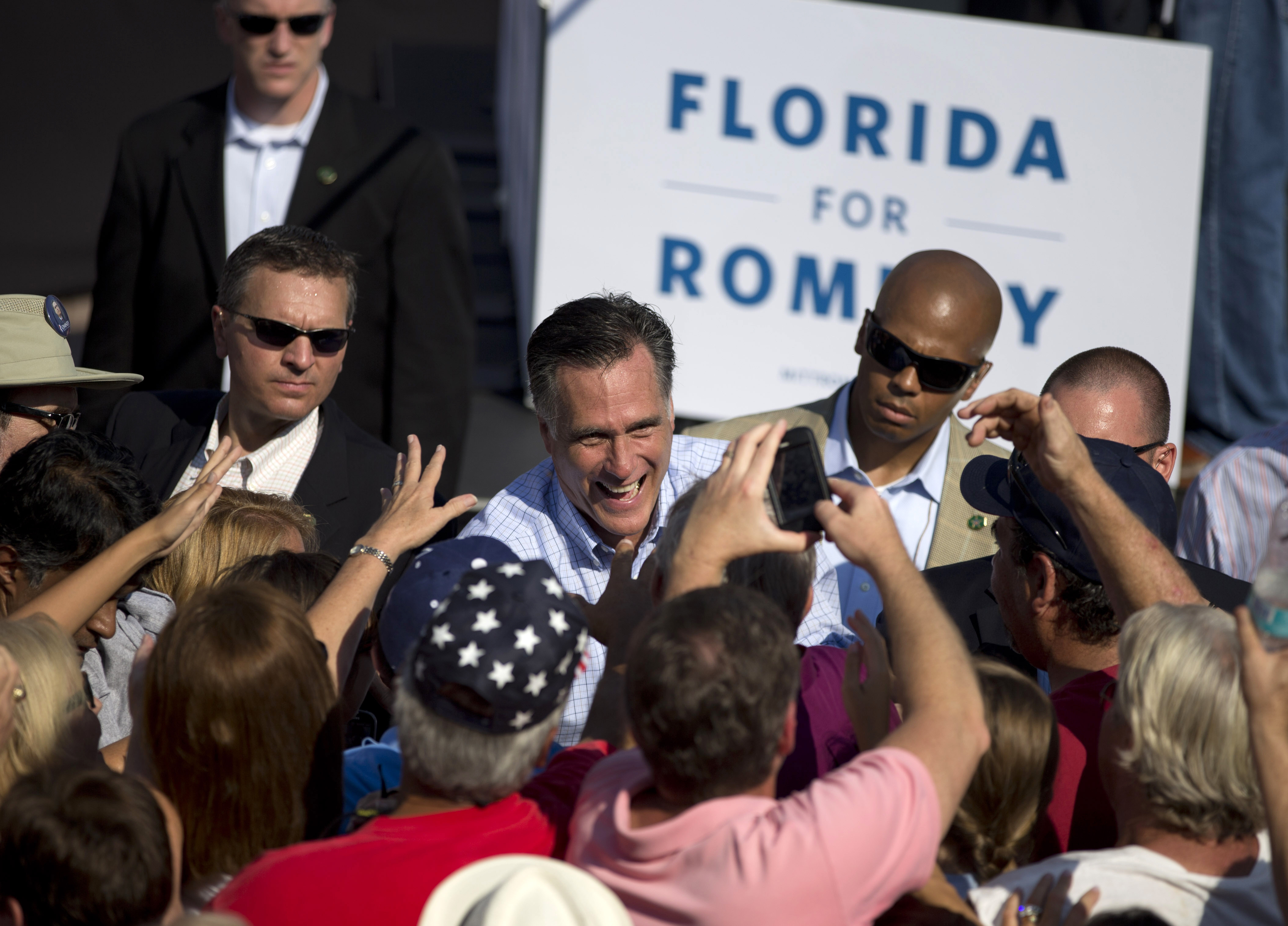 (CBS News) As Democrats head to Charlotte for this week's convention, Republican presidential nominee Mitt Romney is heading back on the campaign trail later this week with a new message: the hope and change that President Barack Obama promised four years ago has left people disappointed.

Romney and Paul Ryan spent their time Saturday in two important swing states: Ohio and Florida. Their post-convention campaigning coincided with college football tailgating, something both men took advantage of. Ryan visited with Ohio State fans, and Romney used a sports analogy to criticize the president, saying, "Twenty-three million people are out of work or stopped looking for work or (are) underemployed. Let me tell you, if you have a coach that is zero and 23 million, you say it's time to get a new coach."

Romney tried out that line in both states as he worked to build on a theme of disappointment that Republicans started in Tampa.

"It has been a disappointing four years," Romney said. "And I think for that reason, people of Ohio, even those who like him a lot will say, you know, he is just not up to the job."

It's too soon to tell how much or how little the convention impacted Romney's standing in the polls. So far, the data suggests that the Republican may have only gotten a small bump. But some conservatives are critical, saying Romney's speech in Tampa lacked specifics on the economy and Afghanistan.

Conservative columnist Bill Kristol said on "Fox News Sunday," "You need to actually convince voters by making a positive case for the Romney-Ryan ticket, there was much less of that."

And the conversation continues over whether Clint Eastwood's ad-libbed speech in Tampa was a missed opportunity for Romney. In front of a national television audience, the actor took up 10 minutes arguing with an empty chair that represented President Obama.

On Sunday, the president weighed in, saying he's a "huge fan" of Eastwood and that he was not offended by the actor's speech in Tampa.

Also this week, Ryan campaigns in Greenville, N.C., about 250 miles from Charlotte, N.C., and the Democratic convention. Romney has also set aside time to start practicing for the debates. Ohio Sen. Rob Portman will play the role of President Obama in those prep sessions.