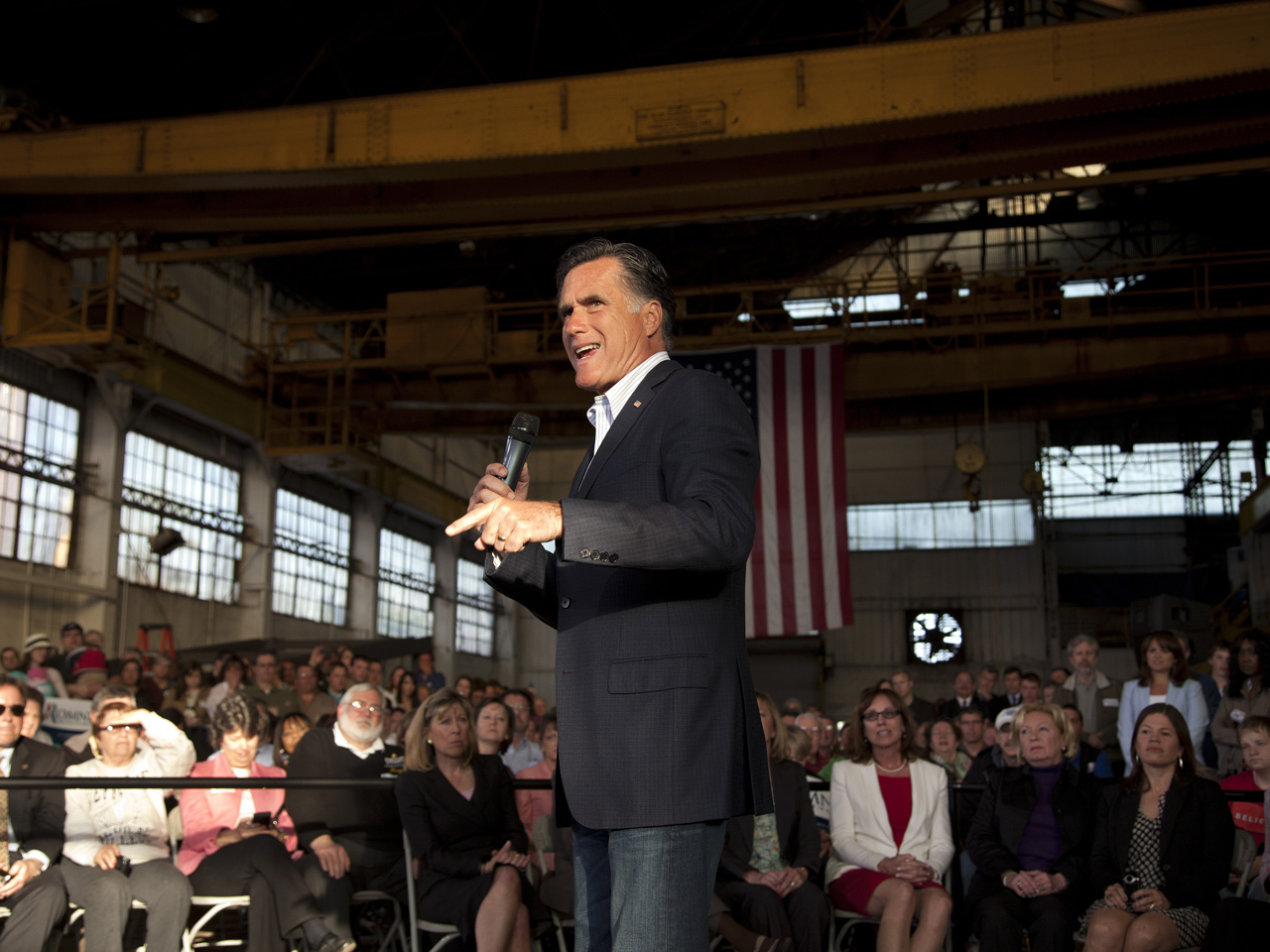 (CBS News) HARTFORD, Conn. - Mitt Romney pushed back Wednesday against the Democratic argument that he's "out of touch," saying that there is only one person he's out of touch with - President Obama.

Romney dismissed a question posed to him in an interview on Fox News about the perception that he doesn't understand the problems of average Americans. "The campaign started yesterday - the general election campaign," he said, arguing that voters would get to know him better over the next seven months while also taking a closer look at the president.

"They'll look at his record, which ultimately is the record upon which a campaign is going to be waged. But the person I'm out of touch with is Barack Obama," Romney said. "I'm in touch with the American people. They want to see good jobs and rising incomes."

Romney has made several references to his wealth that have been interpreted poorly, including remarks about his friends who own sports teams and his wife's two Cadillacs. Mr. Obama, meanwhile, scores higher than Romney on poll questions about who better understands people's problems.

Mr. Obama and Romney are fully immersed now in the punch-counterpunch mode of a general election. On Wednesday, Romney took issue with the president's statement that the election would give voters "the biggest contrast that we've seen since the Johnson-Goldwater election," a reference to the 1964 race that Democrat Lyndon Johnson won by the largest margin in more than a century after painting Republican Barry Goldwater as an extremist.

Asked about the president's comment, Romney said he thought a better comparison would be the 1980 presidential race between Republican Ronald Reagan and incumbent Democrat Jimmy Carter. "I think this president represents a throwback to the old-style Democrats of the past - big-government, welfare-state Democrats," Romney said on Fox News, adding that Bill Clinton and most Democrats had moved away from this model.

Carter was widely viewed as weak and ineffectual in the face of energy shortages, high gas prices and U.S. citizens being held hostage in Iran.