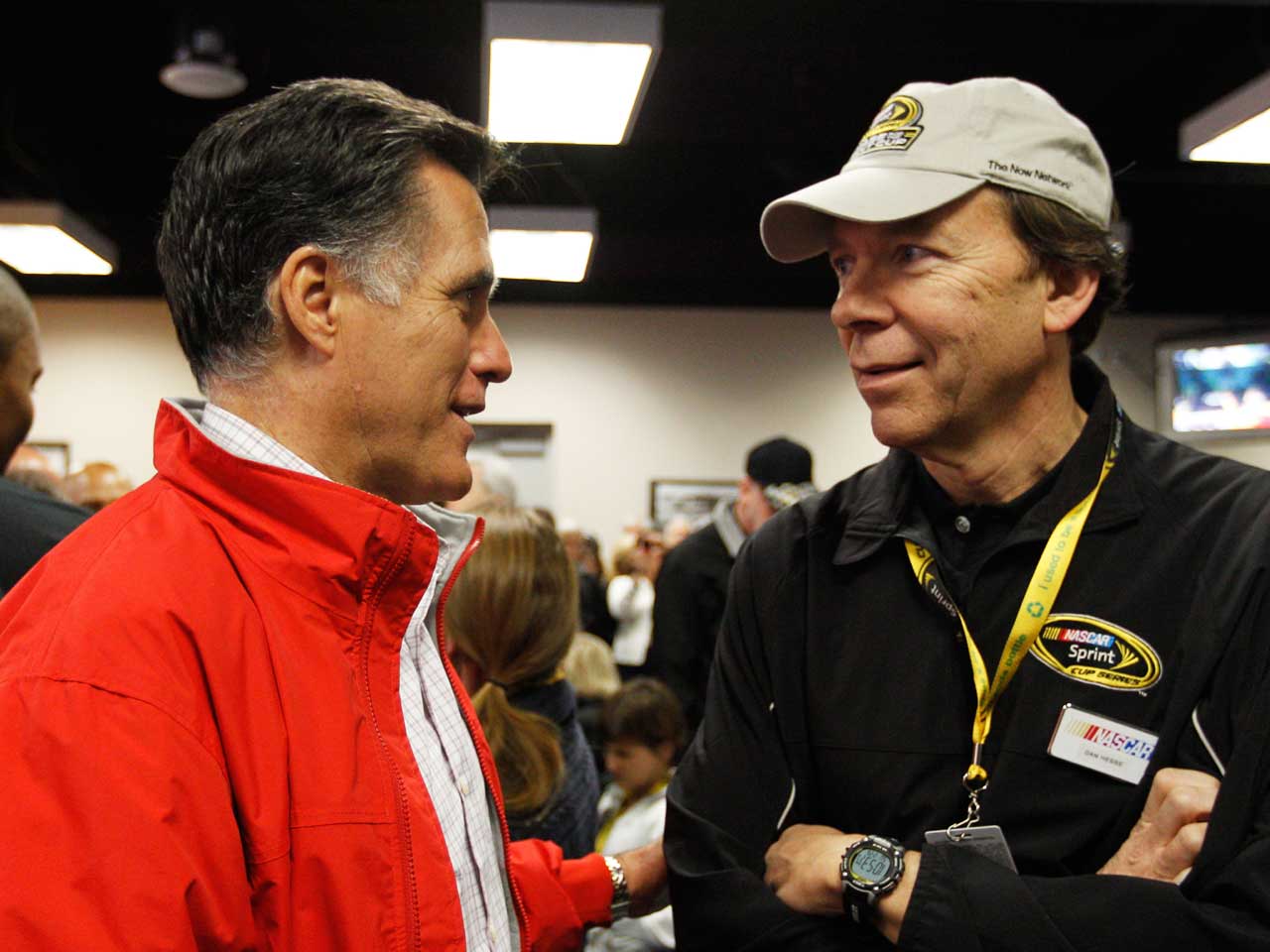 Mitt Romney went to the Daytona 500 NASCAR race Sunday for what should have been a chance to show he's one of the guys. Instead, in casual conversation with an Associated Press reporter at the Florida track, he reminded people once again that he is not exactly a regular Joe.

Asked by the AP reporter if he follows NASCAR, Romney responded, "Not as closely as some of the most ardent fans. But I have some great friends who are NASCAR team owners."

Democrats and liberals quickly ridiculed the remark on Twitter. "I don't know people who fish but I know people who own yachts," tweeted Brad Woodhouse, communications director of the Democratic National Committee. Ari Melber, a writer for the liberal Nation magazine who apparently was watching the Oscars, tweeted: "Do I like movies? Well I have some friends who own movie companies."

It was the second time in three days that Romney, a former CEO and former Massachusetts governor who is worth up to $250 million, stepped on his message with an offhand remark that backfired. After giving an economic speech at Ford Field in Detroit on Friday, he ignited a media eruption by mentioning at least four cars he owns and saying his wife Ann drives "a couple of Cadillacs."

"Governor, can you understand why some voters would be put off by those things?" Fox News Sunday host Chris Wallace asked Romney on Sunday morning. "I can't be perfect. I just am who I am," Romney responded.

He demonstrated that at the race track, where he chatted about visiting the work space of team owner Richard Childress and recalled childhood memories from races. "I go back to the 1960s, back then when you had guys like Bobby Allison driving, they were driving stock cars," Romney said. "Maybe they'd taken out the passenger seat and the back seat so they can put in a restraint system and a fire extinguisher. But now these cars really are built from the group up entirely by the teams themselves." He said he had recently spoken to Allison, who endorsed him in Sumter, S.C., on January 15.

For Romney, it was just his world and his friends. For Democrats, it was a political opportunity. "This is just the latest example of how out of touch Mitt Romney is from the average American experience. From an economic plan that provides tax cuts to line the pockets of his friends -- like those who own NASCAR teams -- to wanting Wall Street to write its own rules, Mitt Romney just doesn't get it and won't work to restore economic security for the middle class," said DNC press secretary Melanie Roussell.