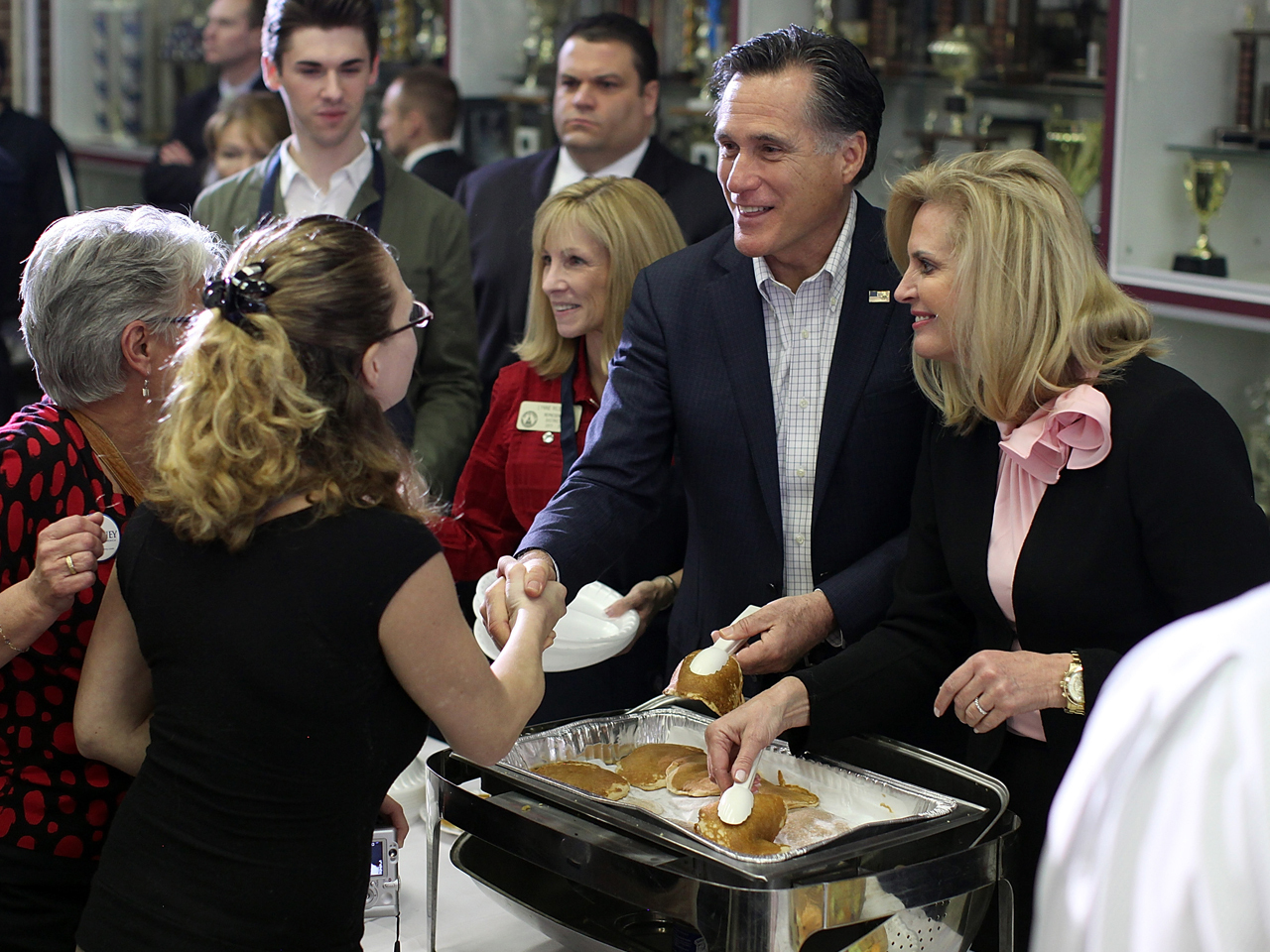 Mitt Romney has taken a lead over rival Rick Santorum in the latest poll of likely Republican primary voters in Ohio, a ten point reversal in just a week as women shifted sharply to the former Massachusetts governor.

Peter Brown, assistant director of the Quinnipiac University Polling Institute, said Romney is clearly the momentum candidate "with the wind at his back," though the three-point margin makes it too close to call just one day before Ohio voters head to the polls.

"Just as he did in Florida and Michigan, Romney has erased a sizable deficit a week before the primary to grab the momentum in the final 24 hours," Brown said.

In a separate poll from Suffolk University, Santorum remained ahead of Romney, 37 percent to 33 percent.

In the Suffolk poll, 33 percent of likely voters said that Santorum hews closer to their political beliefs than the other three Republican hopefuls, while 44 percent said Romney had the best chance of beating Mr. Obama in the general election.

"The Ohio GOP primary narrative symbolizes the political tug of war that is playing out across the country right now," said David Paleologos, director of the Suffolk University Political Research Center.

"Republican voters are pondering whether to select the candidate who shares their political beliefs or the candidate with the best chance of beating Barack Obama," Paleologos said.

While Santorum held his lead over Romney among men, 34 percent to 31 percent, women are now backing Romney. Among women, Romney leads Santorum 38 to 29 percent in Monday's Quinnipiac poll, compared to a 37 percent to 33 percent lead for Santorum in a poll released just Friday.

And Santorum's support from self-described conservatives has fallen sharply, though he still has a slight edge over the more moderate Romney in the Quinnipiac poll. He leads that group 35 percent to 33 percent now, compared to a 40 percent to 27 percent lead three days earlier.

In addition to the Buckeye state, voters in Alaska, Georgia, Idaho, Massachusetts, North Dakota, Oklahoma, Tennessee, Vermont and Virginia head to the polls on "Super Tuesday," as the early March contest has come to be known.

Ohio is considered the most important of the states as it will be crucial for the Republican candidate to win Ohio in the general election seven months from now.

All told, more than 400 delegates are at stake Tuesday, more than the roughly 300 that have been awarded in the dozen contests already decided. A candidate needs to win 1144 of the 2286 available delegates to capture the nomination.

Former House Speaker Newt Gingrich, whose South Carolina win January 21 is his only, garnered 15 percent support in the Quinnipiac poll, with Texas Rep. Ron Paul taking about 12 percent. Paul has not yet won any contests, though he does have about 20 delegates, according to CBS News estimates.

The Ohio Quinnipiac telephone poll of 753 likely Republican primary voters was conducted March 2 through March 4 and has a margin of error of plus or minus 3.6 percentage points.