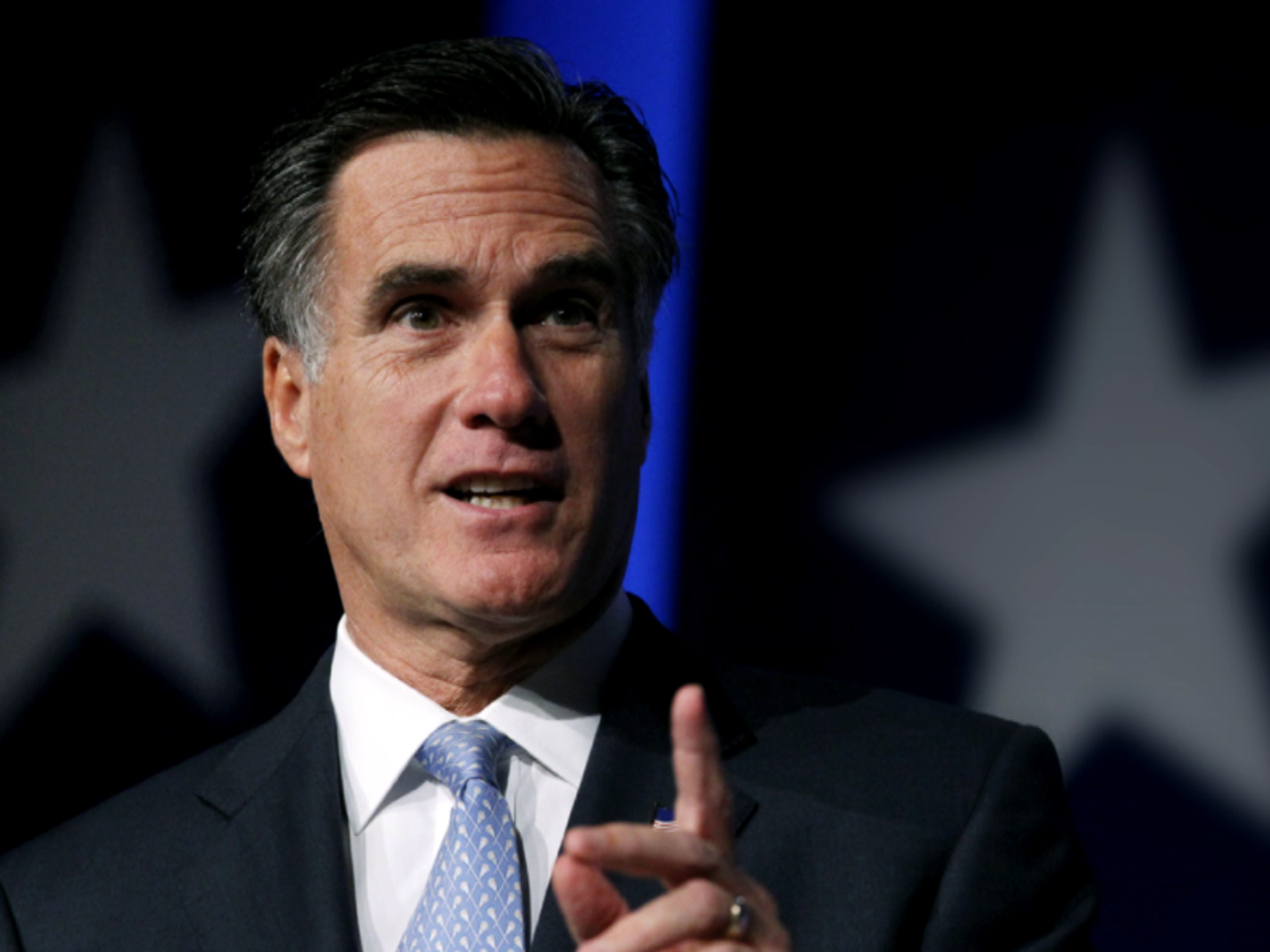 After suggesting Wednesday that he did not support a controversial measure allowing U.S. employers to opt out of a rule requiring them to provide employees with contraceptive health coverage, GOP presidential candidate Mitt Romney quickly clarified his position, affirming in a radio interview that "of course I support the Blunt Amendment."

Confusion surrounding his position on the issue emerged earlier in the day, when Romney said he opposed the amendment in an interview with the Ohio News Network.

In the interview, reporter Jim Heath asked Romney about a measure he described as "Blunt-Rubio." Heath asked: "The issue of birth control, contraception, Blunt-Rubio is being debated, I believe, later this week. It deals with banning or allowing employers to ban providing female contraception. Have you taken a position on it? [Santorum] said he was for that, we'll talk about personhood in a second; but he's for that, have you taken a position?"

Romney said he was "not for that bill," and that he was not going to get into questions about whether people should use contraception.

"I'm not for the bill. But, look, the idea of presidential candidates getting into questions about contraception within a relationship between a man and a woman, husband and wife, I'm not going there," he said.

The Romney camp quickly said Romney is indeed for the bill and took issue with Heath's characterization of the measure in question. The Blunt Amendment would allow employers to deny their employees contraceptive care, as well as other services, if doing so conflicts with the employer's "religious beliefs or moral convictions." Sen. Marco Rubio, R-Fla. co-sponsored the measure.

The amendment would not explicitly allow employers to "ban" providing contraception; rather, it would authorize an exemption on moral or religious grounds for those who don't want to provide it. It is unclear what exactly Romney thought Heath's characterization of the measure implied.

Shortly after the interview, a spokesperson for Romney attempted to clarify his position, arguing that the wording of the question had been "confusing" and that Romney is in fact in favor of Republican Sen. Roy Blunt's measure, which has come under criticism from women's rights groups.

"Regarding the Blunt bill, the way the question was asked was confusing. Governor Romney supports the Blunt Bill because he believes in a conscience exemption in health care for religious institutions and people of faith," Romney spokesperson Andrea Saul said in a statement.

On the Howie Carr radio show later on, Romney said explicitly that "Of course I support the Blunt Amendment."

He explained that he was confused by the question and thought the reporter was referencing legislation in Ohio, despite the fact that it was explicitly referred to as Blunt-Rubio.

Romney's previous response to Heath suggests he may not previously have been aware of the Blunt bill or what it aims to do.

The Obama campaign was quick to seize on what it cast as Romney's "flip-flop" on the issue, accusing him of being in a "race to the bottom" with Rick Santorum on women's issues.

"In one hour, Mitt Romney showed why women don't trust him for one minute. It took little more than an hour for him to commit his latest flip-flop. Even worse, he ended up on the wrong side of an issue of critical importance to women," Obama deputy campaign manager Stephanie Cutter said in a statement.

"While Mitt Romney may be in a race to the bottom with Rick Santorum to see who can pander most to the far right-wing, his embrace of extreme policies like the Blunt Amendment would have real life consequences for millions of women," she added.

The amendment, which is attached to a transportation bill, is expected to come to a vote in the Senate on Thursday.