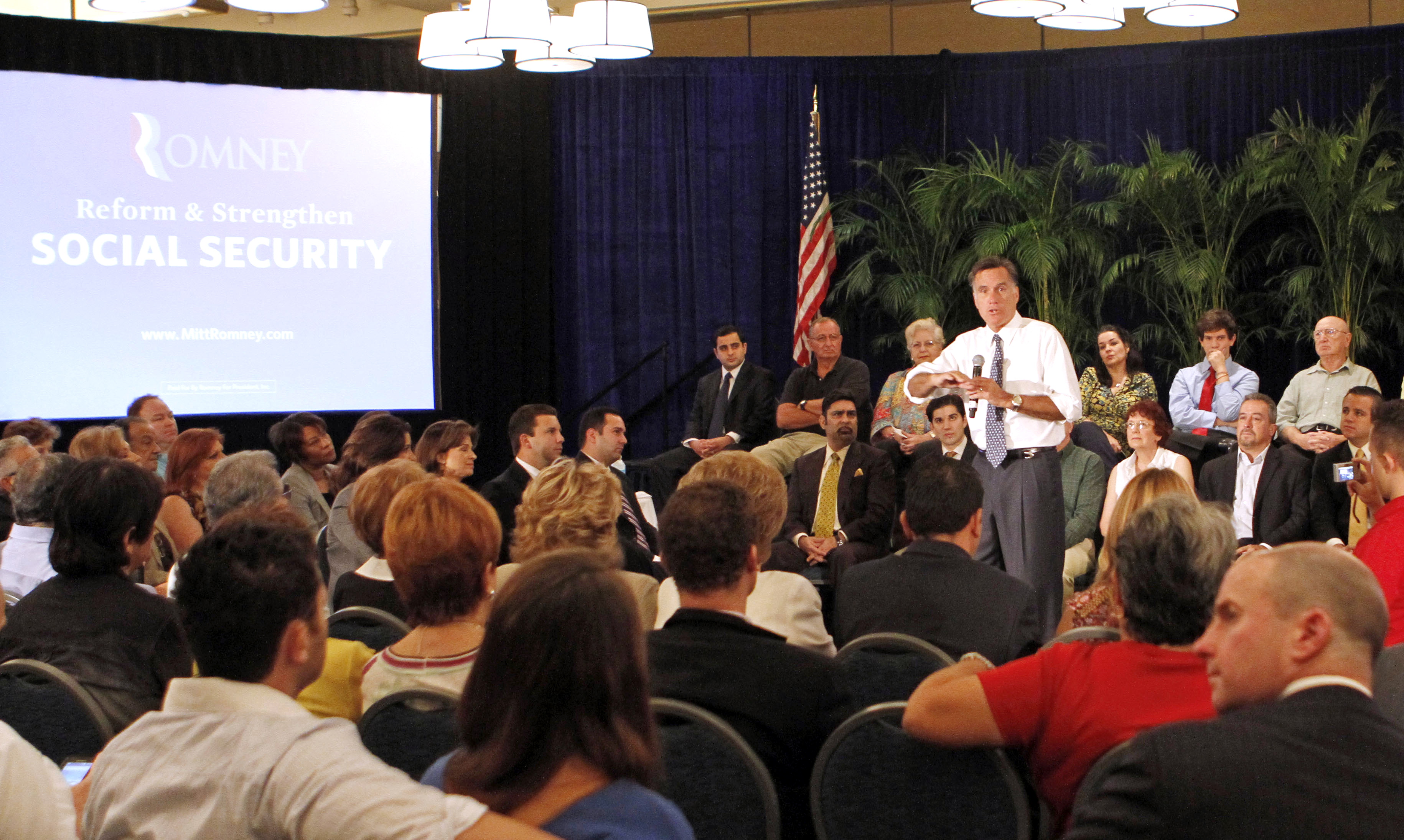 MIAMI - Mitt Romney suggested Wednesday that he feels the pain of the middle class.

At a town hall meeting here, the millionaire GOP presidential contender told his audience that he favors a tax policy that will help "those who have been hurt by the Obama economy."

A look at Romney's personal financial disclosure form, however, reveals he's in the bracket that President Obama is targeting with his proposed "Buffett rule" to tax millionaires. An analysis of Romney's 28-page accounting of his wealth by the Boston Globe earlier this year put the former Massachusetts governor's net worth at between $190 million and $250 million.

It's not the first time Romney has raised eyebrows by attempting to identify with Americans struggling with the economy. On an earlier visit to Florida this summer, he told a group of jobless workers: "I'm also unemployed."

Recent statistics call into question Romney's assertion that lower-income earners aren't hurting in the current economy: According to a Census report last week, the percentage of Americans living in poverty is up to 15.1 percent, the highest level in 18 years.