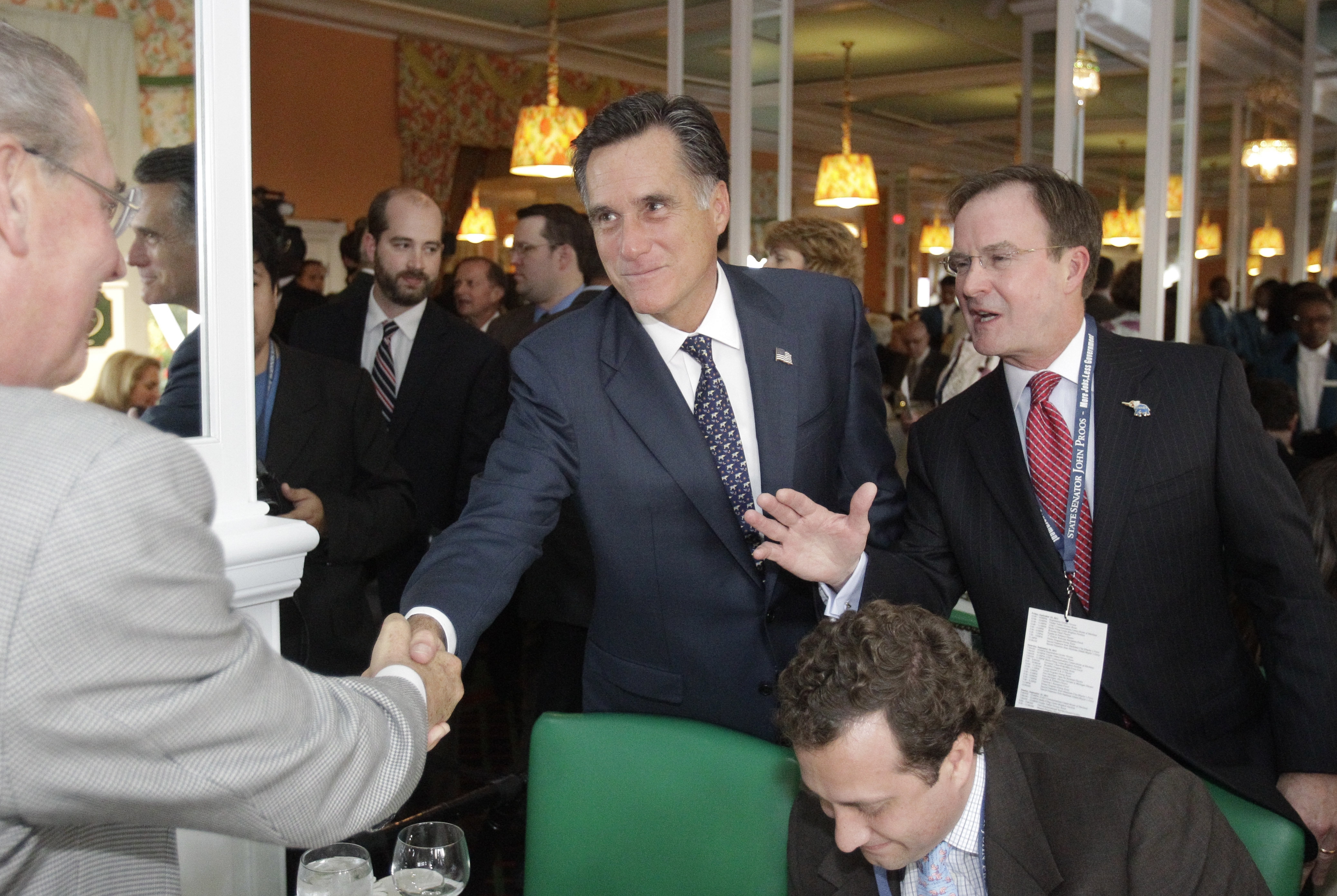 MACKINAC ISLAND, Mich. - Michigan native Mitt Romney rolled over Texas Gov. Rick Perry and the rest of his Republican presidential rivals in a Michigan straw poll on Sunday, reinforcing a favorite son status that could make it tough for anyone else to win the state's GOP primary.

It was the second day of bad news for Perry, who lost to businessman Herman Cain in a Florida straw poll Saturday before heading to the Mackinac Republican Leadership Conference in Michigan.

Perry's second-place finish in Florida came just days after he faltered in a debate in Orlando, Fla. Romney came in third there, although he isn't officially competing in straw polls.

More than 1,600 elected officials and party regulars attended Michigan's three-day conference, and state Republican Chairman Bobby Schostak said it's no surprise that the former Massachusetts governor did so well in Sunday's poll.

His father, George Romney, headed American Motors before becoming Michigan governor in the 1960s. And many people in the conference audience that Mitt Romney addressed Saturday night said they liked his similar mix of experience in the public and private sectors.

"His roots are here, they're strong, and he's the one to beat," Schostak said.

He thinks most of the presidential candidates will compete in Michigan, despite Romney's front-runner status. Candidates can win a share of delegates even if they don't win the primary.

Perry assured the party chairman Saturday that he'll spend lots of time in the state, among several that will hold Feb. 28 presidential contests right after the traditional early states - Iowa, New Hampshire, South Carolina and Nevada - hold theirs.

Michigan Republicans are holding a Nov. 9 presidential debate, but haven't announced who will be participating.

In the straw poll, Romney won 50.1 percent of the 681 votes cast compared to 16.8 percent for Perry. Both men gave separate speeches Saturday to the activists gathered for their biennial conference, with Perry winning some supporters but Romney clearly the overwhelming favorite. Michigan gave Romney his only primary win in the 2008 presidential contest before he pulled out of the race once it became clear Arizona Sen. John McCain would win the nomination.

Straw poll voters also chose Florida Sen. Marco Rubio as their favorite to be the party's vice presidential nominee. He got 23 percent of the 481 votes cast, while Cain received 14 percent, Gingrich got 13 percent and Bachmann received 12 percent.

The poll was sponsored by the National Journal Hotline and National Association of Home Builders.