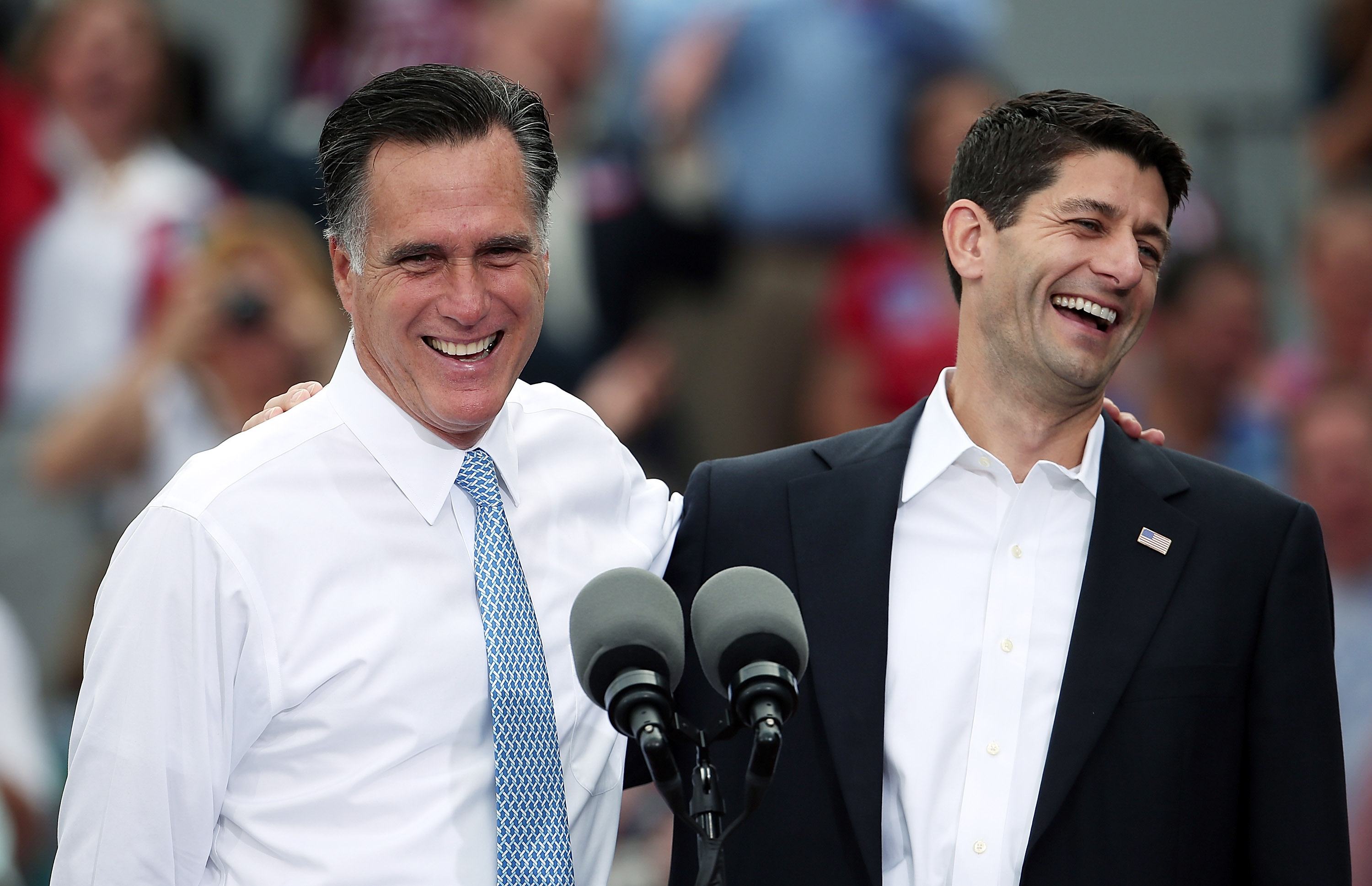 Presumptive Republican nominee Mitt Romney and his brand-new running mate, Wisconsin Rep. Paul Ryan, introduced themselves to more than 1,000 voters gathered here Saturday morning as men of contrasting backgrounds with the common goal of fixing America. They are also of contrasting ages: at 42, Ryan is the same age as Romney's eldest son Tagg.

Romney made his decision Aug. 1 and offered the job to Ryan on Aug. 5. His campaign announced late Friday night that he would introduce his choice in Norfolk early Saturday. Within a few hours multiple news organizations confirmed that it was Ryan, the House Budget Committee chairman who authored the Republican fiscal plan that makes deep cuts to taxes, spending and entitlements.

The pair kicked off the rollout tour at the Nauticus Museum in the swing state of Virginia, each of them extolling the others biography. Romney, who spoke first, tried to humanize the man known mostly for a budget that makes dramatic cuts in federal programs. Ryan lost his father to a heart attack at age 16 and had to grow up fast, Romney said. "He internalized the virtues and hardworking ethic of the Midwest. Paul Ryan works in Washington but his beliefs remain firmly rooted in Janesville, Wis.," Romney said, naming Ryan's hometown.

(Watch: Romney flubbed and called Ryan the "next president of the United States.")

Ryan, for his part, praised Romney's experience leading the 2002 Salt Lake City Olympics and at the helm of Bain Capital, a part of Romney's biography that Democrats and President Obama have made a cornerstone of their attack strategy. "I'm proud to stand with a man who understands what it takes to foster job creation in our economy, someone who knows from experience, that if you have a small business--you did build that," Ryan said, referring to Romney line of attack against President Obama that has resonated with conservatives.

Romney has spent nearly his entire life in the private sector whereas Ryan has held almost exclusively government jobs. The two men highlighted that disparity and argued that it makes them a perfect team in Washington.

"I believe my record of getting things done in Congress will be a very helpful complement to Governor Romney's executive and private sector success outside Washington. I have worked closely with Republicans as well as Democrats to advance an agenda of economic growth, fiscal discipline, and job creation," Ryan said.

Both men pledged to work with both parties to improve the economy, with Romney introducing his running mate as a person who rises above personal attacks and believes that "honorable people can have honest differences."

But they clearly sought to head off criticism of Ryan's budget, which makes big changes in Medicare that Democrats paint as a threat to seniors. "We will preserve Medicare and Social Security and keep them there for future generations," Romney said.

Romney and Ryan were joined after their speeches by Ryan's wife and three children, as well as Romney's wife Ann, his son, Matt, and two grandchildren. In an early hint of Romney's choice, their backdrop was the U.S.S. Wisconsin, adorned with red, white and blue bunting.

The area boasts a sizeable population of veterans and active-duty military, but neither Romney nor Ryan is a veteran. Virginia Gov. Bob McDonnell, who is a military veteran, was a contender for the No. 2 slot himself. He was onstage Saturday to introduce Romney.

The day wasn't without its mishaps. As Romney called Ryan to the stage, he introduced him as the next president of the United States. President Obama made the same error in 2008 when he introduced then-Sen. Joe Biden as his running mate.

Once Ryan made it to the stage and the pair had waved to the crowd, Romney laughingly said he'd been known to make mistakes. He then correctly introduced the man he hopes will be vice president in the Romney administration.