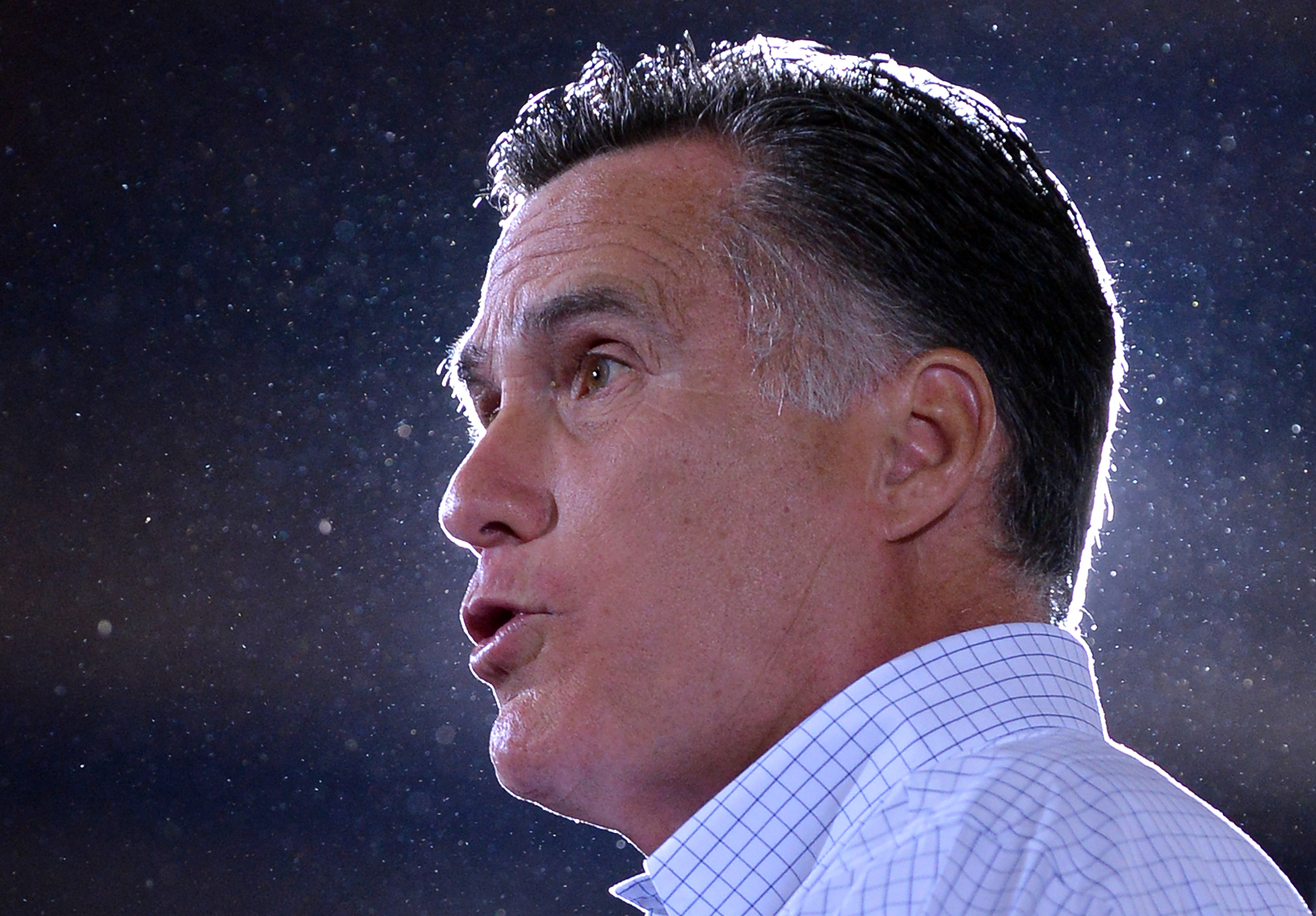 Romney suggested the changes could be part of a plan that includes a 20 percent cut in tax rates across the board, continuation of upper income tax cuts that Mr. Obama wants to end, and a comprehensive tax overhaul plan that the Republican presidential contender has so far declined to flesh out in detail. Romney says his overall plans would invigorate the slowly recovering U.S. economy.

Both Romney and Mr. Obama spent Tuesday mostly in private, preparing for the debate, the president in Henderson, Nev., near Las Vegas, Romney was already in Denver, where the faceoff will take place Wednesday at 9 p.m. EDT. Neither held public campaign events, but Mr. Obama took a break from preparation to visit nearby Hoover Dam, and Romney picked up lunch at a Chipotle Mexican Grill near his hotel.

In an interview Monday night with Denver TV station KDVR, Romney said, "As an option, you could say everybody's going to get up to a $17,000 deduction. And you could use your charitable deduction, your home mortgage deduction, or others — your health care deduction, and you can fill that bucket, if you will, that $17,000 bucket that way. And higher income people might have a lower number."

A Romney adviser said changes in other areas — a taxpayer's personal exemption and the deduction or credit for health care — would also be taken into account if deductions were limited as Romney suggested. Combining changes to those two areas with the limit on deductions would maintain Romney's goal of keeping tax burdens the same for wealthy and middle income taxpayers, the adviser said. Under such a proposal, some taxpayers' deductions could remain unchanged.

On another controversial subject, in a separate local interview ahead of the debate, Romney told The Denver Post he would honor the temporary permission the Obama administration has granted to many young illegal immigrants to allow them to stay in the country.

Mr. Obama announced in June that he would prevent deportation for some children brought to the United States by illegal immigrant parents. Applicants must not have a serious criminal record and must meet other requirements, such as graduating from high school or serving in the U.S. military.

Romney had previously refused to say if he would retain the policy if he won the election.

He granted the interviews as he and Mr. Obama looked ahead to the debate, the first of three they will hold before Election Day, Nov. 6.

The debates, expected to draw a huge nationwide audience, take place with most polls showing Obama slightly ahead both nationally and in the battleground states expected to settle the election.

In Denver, in his comments on taxes, Romney also cited the tax plan included in the Simpson-Bowles deficit commission recommendations as a possible course. That plan calls for reducing the top income tax rates. To pay for that, the plan would eliminate or reduce many popular tax breaks, including deductions for charitable donations and mortgage interest.

While Romney did not commit to making any specific changes, saying he would work with Congress, his suggestions were more specific than those he had offered in the past and provided a new window into his thinking on the subject.

In the spring, Romney told donors that he would consider eliminating home mortgage deductions for second homes. That conversation, behind closed doors, was overheard by reporters standing on a private sidewalk.

The numbers are important because Romney has said that he will lower tax rates across the board without reducing government revenue. He also says he wants wealthy Americans to continue to shoulder the same share of the tax burden as they do today. One way to make the numbers add up would be to adjust tax deductions and exemptions.

Romney campaign spokeswoman Andrea Saul insisted his plan still would cut taxes for middle income earners. "There are a range of policy options, Gov. Romney referenced one illustrative example, to achieve these goals," Saul said in an emailed statement. She did not mention any other options.

Romney's interviews with Denver outlets were the last ones planned before he takes the stage Wednesday night. Moderator Jim Lehrer plans to focus on the economy, health care and the role of government.

Romney's tax plans are likely to be one focus. U.S. tax law at one time limited tax deductions and personal exemptions for high income people, but those limits were removed as part of the massive package of tax cuts passed under President George W. Bush.

The limits are scheduled to return next year, when the Bush-era tax cuts are scheduled to expire unless Congress acts in the meantime. Romney and other Republicans want to extend all the tax cuts while Congress works to overhaul the federal tax code. Mr. Obama wants to extend them for individuals making less than $200,000 and married couples making less than $250,000.

Romney says his plan would generate the same amount of tax revenue as the current system but do it more efficiently, without raising taxes on any group of people. Romney also says he would not raise taxes on investment income.

The Tax Policy Center, a nonpartisan research group, says it is impossible to reduce tax rates by 20 percent for the wealthy without shifting some of the tax burden to middle class families. The Romney campaign disputes the study, which has also been challenged by several conservative think tanks.