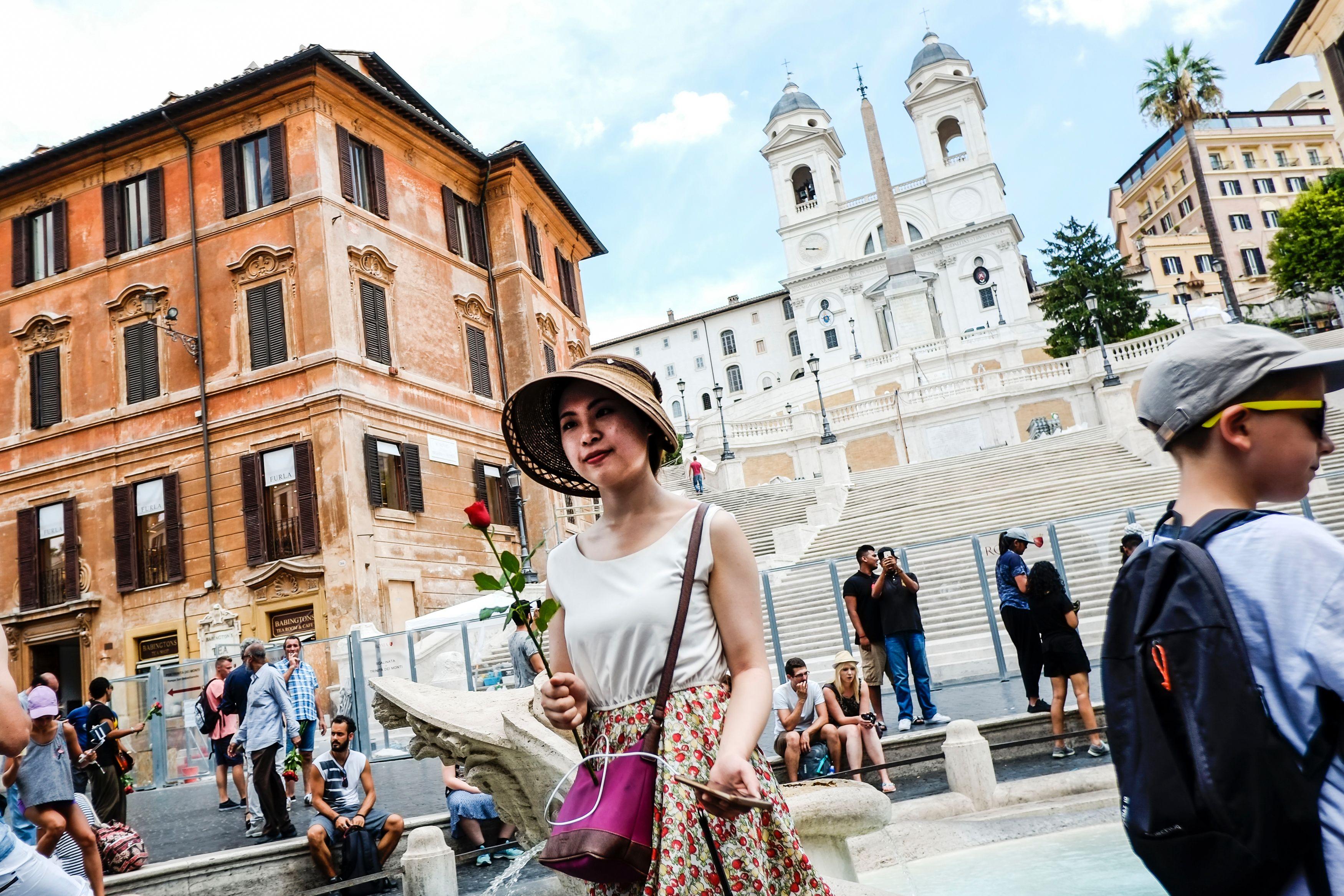 ROME -- The new mayor of Rome announced this week that the city would no longer bid to host the 2024 Olympics. It was too much of an expense, the mayor said, for the heavily indebted city. But, that’s not the only bill the city is worrying about.

CBS News correspondent Seth Doane reports the famed Spanish Steps are re-opening Thursday after being closed for a nearly year-long renovation. But it wasn’t the city paying for it, but a Roman company; the jewellery house Bulgari.

Tourists may see spectacular monuments across Rome, but the cash-strapped Italian capital sees spectacular expenditures it simply can’t afford. Now, Rome has drawn up a “wish list” of monuments it wants to see fixed -- in part to encourage private funding to preserve history.

It was hardly a quick power-wash for the stories Spanish Steps. CBS News watched earlier this summer as workers painstakingly scrubbed away years of grime and re-levelled the steps.

“They were really damaged by time and traffic,” explains Bulgari CEO Jean Christophe Babin. His company -- which has a store down the street -- spent more than $1.5 million refurbishing the 135 baroque steps at the heart of this city of 3 million people.

“When you have such a density of art on one hand, and relatively few people, it’s the mission of the largest companies of the city… to make sure the city is at its best,” Babin said.

American archaeologist and preservationist Darius Arya, who offers tours of this ancient European capital, told Doane it’s likely no coincidence that Bulgari chose to work on something close to one of their stores, and he adds that the scale of restoration work still waiting to get done is staggering.

“It gives you an idea of, number one, why Rome can say, ‘we have more world heritage than any place in the world,’ and on the other hand, you can understand very clearly that they need help,” Arya said.

“Largo Argentina,” the scene of Julius Caesar’s murder, requires $1.5 million in renovation work before it can re-open. The fenced-off mausoleum of Augustus needs a $10 million dollar fix.

Students on Arya’s college program were surprised by the state of some monuments.

“It kind of made me wonder what is happening to these sites and why they are being put on the back burner,” Alexander King, a University of Pennsylvania student, told CBS News.

That’s where Claudio Parisi Presicce comes in. He’s Rome’s Superintendent of Cultural Heritage, and he helped draw up the half-a-billion-dollar “wish list” of 100 monuments to fix. It’s just the beginning.

“In Rome, we have 574 archaeological areas. We have 400 monumental fountains. We have 900 sacred monuments,” Presicce said.

And the debt-ridden city has had some success addressing the list by asking corporations, individuals, and even other countries to subsidize public restoration work; Luxury shoe and accessory brand Tod’s paid to restore the Coliseum, while Fendi cleaned-up the famed Trevi Fountain.

Doane asked Presicce if the city’s plea for help restoring its heritage could lead to tacky branding on some of the world’s most recognizable historical sites.

“You don’t see any huge, obscene banners on any of these sites,” he said. “So the state, the city -- they’re very much concerned about preserving the integrity of these sites, and not to commercialize them.”

Italy tweaked its tax laws to provide a tax incentive, and Rome is trying to make the case that this is shared cultural heritage -- so please, share the bill.

Behind the dramatic rescue of girl allegedly abducted by uncle