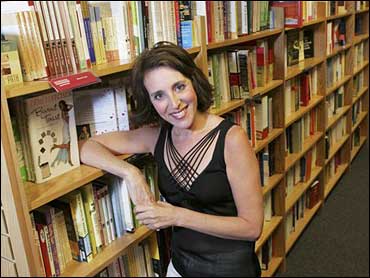 Joanie Edelberg has read more than three dozen dating self-help books, and she keeps them lined up on two bookshelves in her home. But despite her extensive research into the intricacies of dating and the best intentions of her friends who tried to set her up with available men, her dating life was still stuck in neutral.

After her 40th dating book and still no results, the Evanston, Ill., real estate broker decided to seek professional help.

Edelberg, 50, became one of a growing number of frustrated singles to turn to dating coach for help. The services dating coaches provide range in price and nature, from personal consultations to fashion makeovers to "field trips" in which the coaches observe their clients' interaction with the opposite sex in a social setting and provide feedback. But the ultimate goal of their services is to help their clients hone their seductive skills for the often vexing dating world.

Dating coaches' clientele is similarly diverse — Edelberg's coach, Chicago-based Patti Feinstein, says her male and female clients range in age from 22 to 72. But the one thing they have in common is difficulty in meeting the right person.

Feinstein became a dating coach after getting fed up with her career as a matchmaker and seeing many of her clients' dates go badly.

"Many of them had built up their expectations so high that they were flopping on their dates," she said. "Finally, I realized that many of them just didn't know how to date. So I figured I'd try to teach them that, instead."

Feinstein — a married woman — re-entered the dating pool to study interactions between singles. She also spent a year working with a psychiatrist to improve her understanding of psychology. In 2002, she began offering her services as a dating coach.

Feinstein is far from alone. Because there is no central accreditation agency for personal coaches, information on the number of dating coaches in the United States is hard to come by. But the nonprofit International Coach Federation, whose members offer personal coaching services in a variety of areas, claims a membership of 10,500 worldwide.

Feinstein, who charges $100 per hour for her counseling services, tries to help her clients work through their challenges with a mixture of personal counseling and in-the-field coaching.

"Everybody has a different issue, and they can't always see it," she said. "I try to tell them what the issues are without hurting their feelings. I try to make dating fun for them instead of this hugely anxiety-ridden experience."

Although the services dating coaches provide often resemble psychotherapy and many dating coaches have a background in it, the American Psychological Association warns the two are not to be confused. Spokeswoman Pamela Willenz said psychologists or psychiatrists have doctoral-level health/mental health training and are required to be licensed to practice in the state in which they work. Dating coaches are not accredited as such by the APA but are often, like Feinstein, self-made.

John Fergus, a Los Angeles-based dating coach who charges $75 an hour for his counseling sessions, cites his 34-year experience of organizing singles events and workshops as qualification. He concentrates on modifying his clients' behavior and body language to match what he's seen work in a singles environment. But it isn't a one-size-fits-all endeavor; he tailors his advice to suit each client's personality, weaknesses and strengths.

Feinstein and Fergus both say their client base is evenly split between men and women. In what may be a sign of growing social acceptance of romance counseling, Feinstein says she has seen a major uptick in her male clientele in the past year.

"I used to have a lot of women clients and no men, but now I almost have more male clients than I know what to do with. That movie 'Hitch' may have made it more acceptable for men," she said, referring to the 2005 comedy depicting Will Smith as a "date doctor" for romantically challenged men.

For many people who seek out the services of a dating coach, it isn't their first attempt at self-improvement. Fergus estimates that 40 percent of his clients have seen a therapist.

"One of the concerns a lot of my clients have is that they may have worked on a lot of issues already, but they're still sort of stuck socially," he said. "My goal is to help them find what's holding them back, and help them develop the social skills they need to get past it."

Edelberg began receiving personal consultations from Feinstein in the summer of 2003. Later, Feinstein began to accompany Edelberg "in the field," watching her interactions and helping her identify obstacles, including what eventually became known as "the circle top."

"It was a very revealing lace mesh shirt with clear sequins on it," Edelberg said. "When I wore it, men wouldn't come within five feet. They'd circle around, but never come talk to me."

Today, Edelberg is engaged to a real-estate attorney she met through mutual friends, with a wedding planned for this winter.

She has a ready explanation for why Feinstein's guidance succeeded where self-help books failed: "Patti holds you accountable for what you're doing. A book won't do that.

"She made me go out and do things I enjoy doing and meet men that way," Edelberg continued. "Cooking classes, dancing lessons, whatever."

That advice may be no more insightful than the kind a friend might offer for free, but Edelberg noted that even the most well-intentioned friends often fail at playing Cupid.

And sometimes what discouraged singles need the most is "a good kick in the butt, — something even good friends are frequently reluctant to provide, she said.

"Friends may not be honest with you about what you need to do," she said. "They'll try to protect your feelings, but that doesn't get you anywhere."