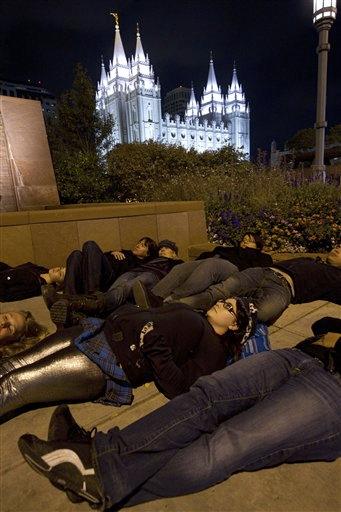 Nine years ago, the CBS television network was mired in third place in the Nielsen Ratings and desperate for a hit show that would turn around its prime time schedule.

No one expected that it would be "Everybody Loves Raymond." The title seemed a little gratuitous, and at the time, most people didn't even know who Raymond was. But the show, with its star, Ray Romano, blossomed into a huge hit without anyone really noticing how it happened.

With the final episode set to air next week, it seems that everybody does love Raymond. The show, which is owned by HBO, CBS and Worldwide Pants, is going out as the No. 1 comedy on television, and Ray Romano is the highest paid actor in television history. reports.

The cast and crew were still writing and filming the final episodes when 60 Minutes visited the Burbank studios last December, but Ray Romano and the other actors were already picking out their favorite heirlooms, like relatives at a family funeral.

"That couch is coming home with me. That's -- everybody's picking one thing that they're gonna take," says Romano. "And my wife and I are in a discussion, which means fight -- because I want the couch and she doesn't think there's anywhere to put it. But I'm gonna bring that home with me."

When "Everyone Loves Raymond" debuted in 1996, the show was taped before a live audience recruited mostly from nursing homes and rehab clinics.

No one was lining up to see an old-fashioned sitcom based on the comedy of Ray Romano, which was based on Romano's life, or at least the persona that he created during years of doing stand-up comedy about parents, siblings, children and marriage.

But placed in the hands of talented writers and skilled producers, the jokes were translated into classic television.

"I think people just see themselves. And they laugh at it. Or cry," says Romano. "Either one -- laugh because it's funny, and then cry because it's truth. And I think that was the secret to it."

And, he adds, he had a great cast. He's surrounded by one of the most accomplished ensembles in television comedy ever, with eight Emmy's among them. Peter Boyle, Doris Roberts, Patricia Heaton, Monica Horan and Brad Garrett make up Romano's extended family -- a study in suburban dysfunction.

"There was always, I think, somewhat of a chemistry, you know, we all really come from different arenas in the industry," says Garrett.

Did they think the show would ever be this successful?

"I came in to audition, and you know, met Ray. Actually, I didn't know that was Ray," says Heaton. "I was sort of like waiting for the star of the show to come, while this guy sat in the corner behind like Boo Radley with hair. … I was like, 'Can you get me a coffee until Ray gets here? I need some.'"

To begin with, Romano is incredibly shy, slightly awkward, reluctant, even, to make eye contact. What's the difference between Romano and his character, Raymond Barone?

"This is gonna seem impossible," says Romano. "But I would say he's a dumbed-down version of me – which is like splitting the atom almost."

"He's a little more selfish. A little more naïve, a little more ignorant," adds Romano. "I think he's still a good person. The wife and, you know, my TV wife, my real wife. I don't sleep with either of them, to be honest with you." In some ways, Romano is the least assuming character on the show -- a gifted straight man in the tradition of Bob Newhart, George Burns, even Jerry Seinfeld, surrounded by more eccentric and emotional characters.

"He's Everyman. You know, that's what's great about him," says Phil Rosenthal, the show's creator, and, along with Romano, one of its executive producers. He says Ray's character is absolutely central to everything that goes on -- the beleaguered family man just trying to get through the day.

"He wants to be left alone," says Rosenthal. "'Please let me sit on the couch and watch television without all my responsibilities and obligations and family bothering me.'"

Romano was born 47 years ago into a middle-class Italian family in Queens that bears more than a passing resemblance to the one on the show. His father was an engineer, his mother a piano teacher, and his older brother a cop. Ray was a late bloomer. He says he dropped out of Queens College after seven years, with only 20 credits, to pump gas, deliver futons and try his luck in the New York comedy clubs.

That was in 1987, three years after he met his wife, Anna Scarpulla. The couple, who met while working as bank tellers, now have four children.

How was Romano as a bank teller? "Wasn't good," says Anna Romano. "He was accurate, but very slow."

"When you met and married Ray, what were your expectations?" asks Kroft.

But that all changed in 1995, when Romano made his debut on the "Late Show with David Letterman." Letterman was so impressed that he offered Romano the production deal that led to "Everybody Loves Raymond," making Romano the highest-paid television actor ever.

"If you say it, all right. I just go to work, come home. And my wife lets me throw my clothes on the floor, and she doesn't say anything, so I must be making some money," says Romano.

"From what I can tell, you're making like probably twice as much as Shaquille O'Neill," says Kroft.

"I'm a better foul shooter than him," says Romano. "Seriously … and I keep a chart. I take 100 free throws and I'm about 61 percent. And what's Shaquille? Shaquille's like 50." Romano has lots of time to practice now, with the basketball net located on his own tennis court. And he can work on his golf game on his private putting green. It's not far from his pool and located on several acres in the San Fernando Valley, with a 9,000 square foot house, designed by his wife while Romano was working.

"It has a gift shop in it which I think is over the top. It's got a turtle pond. It's all her. I just picked the TV," says Romano.

"She does the whole thing. If aliens came and took her away and didn't hurt her and kept her in a safe place and was gonna bring her back in like six months, for those six months, I wouldn't know what to do. Yeah. I mean I'd throw a party, but I wouldn't know how to pay for it. 'Honey.'"

Romano seems very much the reluctant star, the unassuming low-key family man from Queens, bundled with the snarl of neuroses, and insecurities that afflict most entertainers.

So what's he doing with his time now?

"Ahh, well, I go to Hooters for lunch every day. Then for coffee," says Romano. "I would love to find a good film to do. Umm. I enjoyed the three that I did. Three that I did. I was gonna say, 'One that you saw,' but actually, nobody saw any of them. One was out there. Nobody saw it. Two haven't been out yet."

"Actually, one was released, and people ask me, 'When can I go see it?' And I said, 'Yeah, it's out now, but if you're driving and you hit traffic, just go right to the video store, 'cause that's where it's gonna be. It came and it went in about a week,'" says Romano.

There's always the standup act to fall back on. Last November, Romano and Garrett filled a theater at the Mirage in Las Vegas. And Romano is beginning to update an act, which has been getting laughs for more than a decade.

"Well, after one child, sex slows down. After twins, I'll tell you right now what it is for us. I really don't care. I don't care if 60 Minutes is watching. This is it," says Romano. "Every three months. That's right. … You know what I do every time we have sex? The next day I pay. My estimated tax is due. My quarterlies are due."

Boyle and Roberts say this show is the best thing they've ever done.

"Yeah, this has been longer than grade school," says Boyle. "But not college."

"This is longer than my first marriage," says Roberts, laughing.

The final episode, which airs next week, was actually taped in January. It was an emotional night for the cast their friends and families when it came time for the final curtain call.

Did Romano tear up?

"I did. But that was an underwear problem. It was a very emotional time. And it got to me. It got to me a little bit. I broke down. And my father was there. So now he thinks I'm gay," says Romano, laughing. "We'll cut that, right?"