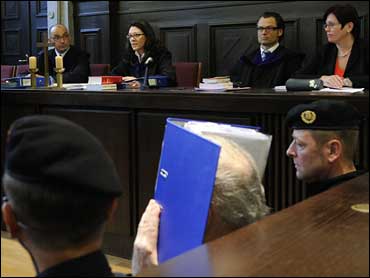 Surprising as it may seem, incest is not always a crime in Europe.

The shocking case of Austrian Josef Fritzl, found guilty this week of holding his daughter captive for 24 years and fathering her seven children, has focused new attention on incest - which is a crime in itself in Austria even if the acts are consensual. But in the Fritzl case it was in connection with rape, homicide and other charges that led to a sentence of life in a secure psychiatric ward.

Laws exempting parents, grandparents, brothers and sisters from prosecution for incestuous acts if they are not forced upon adult family members are decades old in France, Spain and Portugal.

In Romania, decriminalizing incest among consenting adults is being considered as part of a wide range of reforms to the country's criminal code. No date has been set yet for a parliament vote on the bill, and opposition to the proposal is fervent even among some lawmakers in the ruling coalition.

Currently all forms of incest in Romania are punishable by up to seven years in prison. But Romania's Justice Ministry suggests the new legislation would move the country - which joined the European Union two years ago - closer legally to some other EU members.

"Not everything that is immoral has to be illegal," said Justice Ministry legal expert Valerian Cioclei. "We cannot help these people by turning them into criminals and punishing them."

Incest is defined as sexual intercourse between people too closely related to marry legally. In the United States, all 50 states and the District of Columbia prohibit even consensual incest, although a few states impose no criminal penalties for it, according to the Harvard Law Review.

Newspaper articles in Romania have criticized the planned legal change over consensual incest. The ministry, however, countered with a statement claiming that incest cannot be stopped with "criminal sanctions, but with medical and social measures, because incest is based on pathological factors."

Not all Romanians accept the Justice's Ministry's argument.

Anuta Popa, a 22-year-old woman in the western city of Cluj, said she doubted that incest ever happened by consent in her country, saying it was more likely that the man was drunk and violently attacked his sister or mother.

"Incest should not be legalized. If they want to have sex, better to say a prayer and remember that God sees them," she declared. "I would castrate them."

Iosif Damian, a 56-year-old cleaner, said he was unsure if consulting adults should be jailed for incest but added "I think it is shameful all the same."

"Or (if) they are ill and prison is not a solution, they need medical help," he said.

But one 27-year old chauffeur did not see any problem with the legal change.

"If brothers and sisters want to have fun, why should they be imprisoned? It is nobody's business what I do in my bedroom," Ionut Breazu of Cluj told the Associated Press.

Challenges in countries where incest is a crime surface occasionally.

In Germany, the country's highest court last year rejected an appeal by a man who was sent to prison after fathering four children with his sister in a consensual relationship.

Opponents say that children born out of incest face an increased risk of genetic problems, especially inherited disorders of "recessive" conditions, or those caused by a double dose of a gene that carries a mutation - one from each parent. There are about 3,500 recessive conditions, most of them very rare.

"Everyone carries several of these recessive gene mutations, but since most of them are extremely rare, the chance of two unrelated people carrying a mutation in the same gene is low," said Jess Buxton, spokesman for the British Society of Human Genetics.

"The closer the biological relationship between two people, the higher the risk of passing on a recessive condition to their children," Buxton said.

And then there are the moral dilemmas over incest.

"It generates a confusion of roles," says Romanian psychologist Aurora Liceanu. "Imagine: how can one explain to a child that his father is also his grandfather?"

Opposition also comes from the Romanian Orthodox Church, which counts some 85 percent of the population among its worshippers and says incest "affects the moral and psychological health of human beings ... the sacred family institution, and public morality."

A Vatican spokesman declined to directly comment on the issue but pointed to Catholic Church doctrine, which bans incest among immediate relatives and says it "corrupts family relationships."

And sentiment appears strong against any form of incest even in the countries where it is legal among consenting adults. An IPSOS poll in France taken in January showed that 59 percent of the 931 respondents thought all forms of incest should be considered a criminal offense. No margin of error was published.

Yet around Europe, there is some acceptance of consensual incest among adults.

Irish homemaker Margaret Henry, 42, said society shouldn't be so concerned about it.

"(Why are they) arresting people for what they do in their own homes, as long as they're adults and they're not hurting each other?" she asked.

That sentiment was shared by Hermann Koening, a 23-year-old graphic designer from Duesseldorf, Germany.