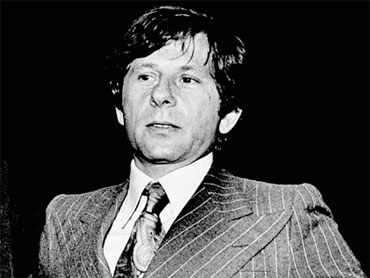 NEW YORK (CBS/AP) As European directors demand the release of famed movie maker Roman Polanski, perhaps they should take a read of the chilling grand jury transcript from his alleged 13-year-old victim, Samantha Geimer, who was drugged, raped, and sodomized at movie star Jack Nicholson's home in 1977.

The following excerpts are from a transcript of the March 1977 grand jury proceedings that led to Polanski's indictment on charges of furnishing a controlled substance to a minor, lewd or lascivious act on a child under 14, unlawful sexual intercourse with a female under the age of 18, rape by use of drugs, perversion (now called oral copulation) and sodomy.

Polanski later pleaded guilty to one count of unlawful sexual intercourse; prosecutors dropped the other charges.


On March 10, 1977, Polanski picked up the 13-year-old victim at her house and took her to Jack Nicholson's home for a modeling shoot. Geimer testified that Polanski served her champagne and gave her part of a Quaalude before getting in a whirlpool bath with her while they were naked. No one else was home.

Q: What happened then?

A: He goes, 'Come down here.' And I said, 'No. No, I got to get out.' And he goes, 'No, come down here.' And then I said that I had asthma and that I couldn't — I had to get out because of the warm air and the cold air or something like that. And he said, 'Just come down here for a second.' So I finally went down. And then he went — there was a lot of Whirlpool bath jets. He goes, 'Doesn't it feel better down here?' And he was like holding me up because it is almost over my head. And I went, 'Yeah, but I better get out.' So I got out.


The victim testified that after she left the whirlpool bath, Polanski told her to go into a nearby bedroom and lie down.

A: I was going, 'No, I think I better go home,' because I was afraid. So I just went and I sat down on the couch.

Q: What were you afraid of?

A: He sat down beside me and asked me if I was OK.

Q: What did you say, if anything?

Q: What happened then?


After Polanski kissed her, the victim alleged, he began to engage in oral sex.

Q: And what did he say, if anything?

A: He wasn't saying anything that I can remember. He was — sometimes he was saying stuff, but I was just blocking him out, you know.

The victim testified that Polanski began having sex with her, but sodomized her when he learned she wasn't using birth control.

Q: Did he say anything after that?

The victim testified that after the sex, she got dressed and waited in the car for Polanski to drive her home. Before driving her home, he asked her to keep the incident a secret.

Q: What did you say?

A: I wasn't saying anything. He says, 'Don't tell your mother about this and don't tell your boyfriend either.' ... He said something like, 'This is our secret.' And I went, 'Yeah.' And then later he said, 'You know, when I first met you I promised myself I wouldn't do anything like this with you.'