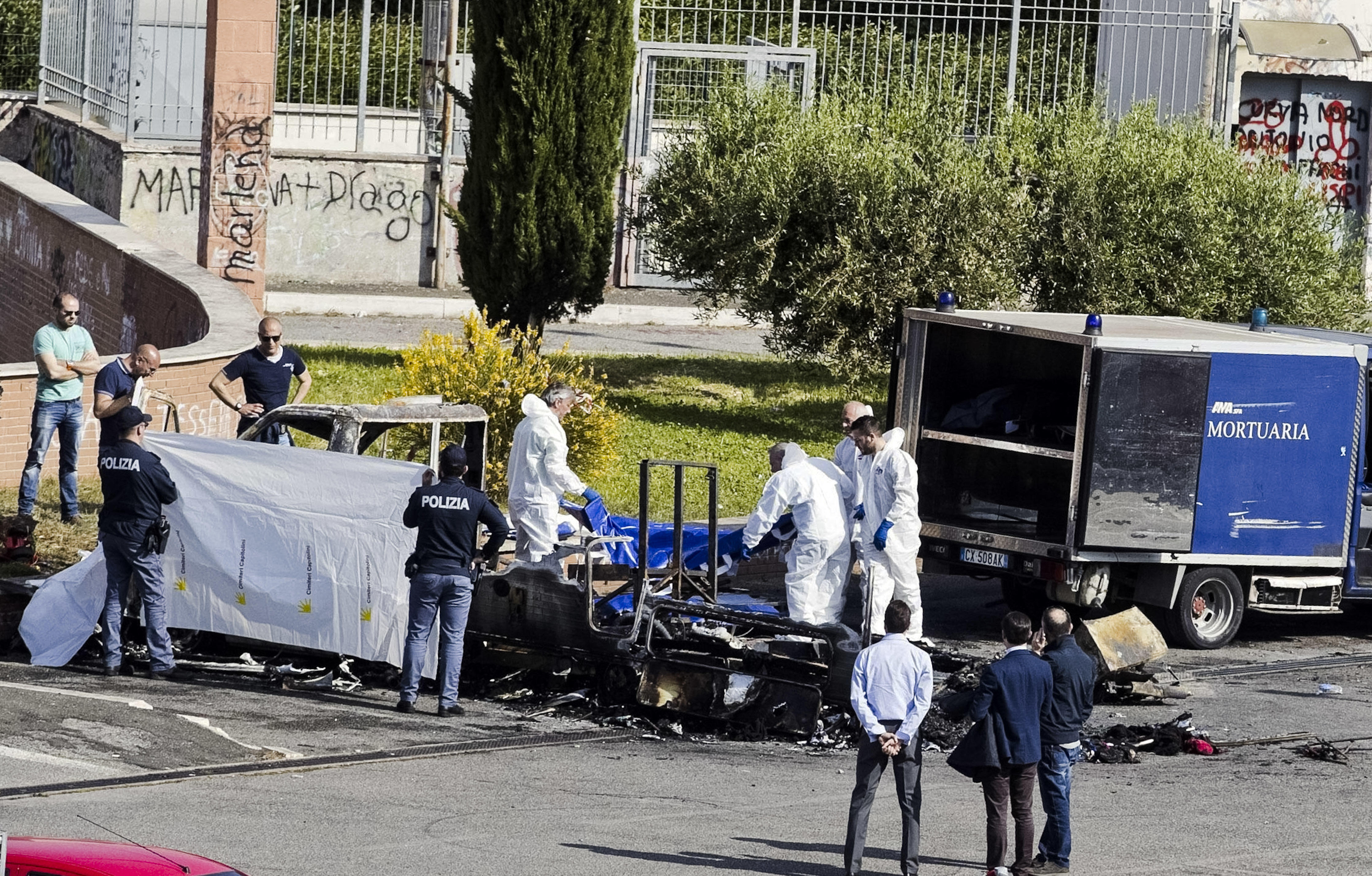 ROME -- Three sisters died Wednesday after their camper burst into flames as they slept, in what news reports said might have been an intentional attack aimed at Roma, also known as Gypsies.

Italian news agency ANSA said prosecutors had opened an arson investigation after surviving family members reported having received threats from local residents in recent days and another camper was torched last week nearby. Rome police said only that they aren't excluding any lines of inquiry.

ANSA said the sisters aged 4, 8 and 20, were Roma and that other family members who were in the camper at the time managed to escape.

The Centocelle neighborhood is near Roma squatter camps, and the camper -- completely destroyed by the blaze -- was parked in an otherwise empty parking lot.

Mayor Virginia Raggi visited the site of the blaze Wednesday and asked for a moment of silence.