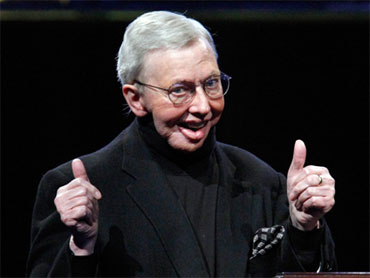 (CBS) In 2009 Roger Ebert wrote a blog post - a long blog post - in which he complained in a good-natured way that he'd never won the New Yorker cartoon caption contest.

The caption, "I'm not going to say the word I'm thinking of," needs context. (Click here to see it.)

The New Yorker blogs about Ebert's entries and corrects his claim that he's submitted a caption for nearly every contest since it began (he's entered 107 out of 281, they say). It also posts some of his other good entries from the past, including one that was censored (which is too bad; it's hilarious).