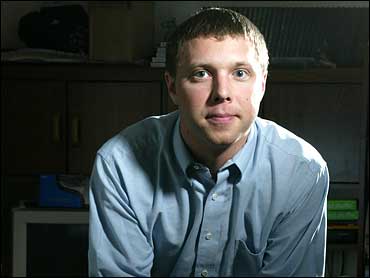 Contending that women have more options than men do in the event of an unintended pregnancy, men's rights activists are mounting a long shot legal campaign aimed at giving them the chance to opt out of financial responsibility for raising a child.

The National Center for Men has prepared a lawsuit — nicknamed "Roe v. Wade for Men" — to be filed Thursday in U.S. District Court in Michigan on behalf of a 25-year-old computer programmer ordered to pay child support for his ex-girlfriend's daughter. The suit addresses the issue of male reproductive rights, contending that lack of such rights violates the U.S. Constitution's equal protection clause.

The gist of the argument: If a pregnant woman can choose among abortion, adoption or raising a child, a man involved in an unintended pregnancy should have the choice of declining the financial responsibilities of fatherhood. The activists involved hope to spark discussion even if they lose.

"There's such a spectrum of choice that women have — it's her body, her pregnancy and she has the ultimate right to make decisions," said Mel Feit, director of the men's center. "I'm trying to find a way for a man also to have some say over decisions that affect his life profoundly."

Feit's organization has been trying since the early 1990s to pursue such a lawsuit, and finally found a suitable plaintiff in Matt Dubay of Saginaw, Mich.

Dubay says he has been ordered to pay $500 a month in child support for a girl born last year to his ex-girlfriend. He contends that the woman knew he didn't want to have a child with her and assured him repeatedly that — because of a physical condition — she could not get pregnant.

Dubay is braced for the lawsuit to fail.

"What I expect to hear (from the court) is that the way things are is not really fair, but that's the way it is," he said in a telephone interview. "Just to create awareness would be enough, to at least get a debate started."

State courts have ruled in the past that any inequity experienced by men like Dubay is outweighed by society's interest in ensuring that children get financial support from two parents. Melanie Jacobs, a Michigan State University law professor, said the federal court will probably rule similarly in Dubay's case.

"The courts are trying to say it may not be so fair that this gentleman has to support a child he didn't want, but it's less fair to say society has to pay the support," she said.

Feit, however, says a fatherhood opt-out wouldn't necessarily impose higher costs on society or the mother. A woman who balked at abortion but felt she couldn't afford to raise a child could put the baby up for adoption, he said.

"Roe is based on an extreme intrusion by the government — literally to force a woman to continue a pregnancy she doesn't want," Brown said. "There's nothing equivalent for men. They have the same ability as women to use contraception, to get sterilized."

Feit counters that the suit's reference to abortion rights is apt.

"Roe says a woman can choose to have intimacy and still have control over subsequent consequences," he said. "No one has ever asked a federal court if that means men should have some similar say."

"The problem is this is so politically incorrect," Feit added. "The public is still dealing with the pre-Roe ethic when it comes to men, that if a man fathers a child, he should accept responsibility."

Feit doesn't advocate an unlimited fatherhood opt-out; he proposes a brief period in which a man, after learning of an unintended pregnancy, could decline parental responsibilities if the relationship was one in which neither partner had desired a child.

"If the woman changes her mind and wants the child, she should be responsible," Feit said. "If she can't take care of the child, adoption is a good alternative."

The president of the National Organization for Women, Kim Gandy, acknowledged that disputes over unintended pregnancies can be complex and bitter.