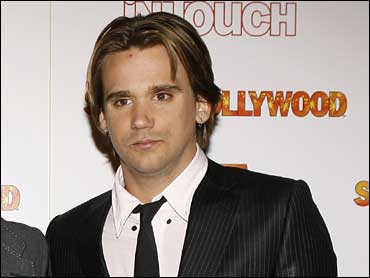 Rod Stewart's 26-year-old son was arrested this week on charges he assaulted a couple with a brick.

Sean Stewart was taken into custody Tuesday on a warrant charging him with four felony counts, including assault with a deadly weapon, throwing a substance at a vehicle and vandalism, the district attorney's office said.

Stewart, who was released on $60,000 bail, was scheduled to be arraigned July 3.

The couple involved filed a lawsuit against Stewart last month stemming from the April 22 incident, which allegedly took place outside a party at a home in the Hollywood Hills.

Stewart's attorney, Peter J. Korn, said the incident is "much different" than what's been alleged in the complaint and suggested the lawsuit was financially motivated.

Stewart is one of the stars of the A&E reality show "Sons of Hollywood."