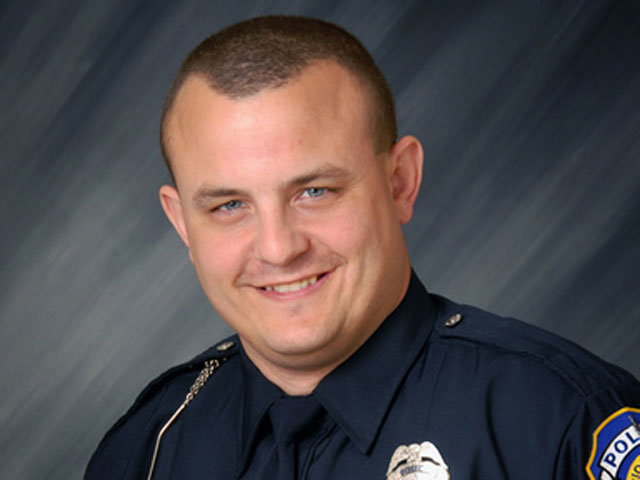 (CBS/AP) INDIANAPOLIS - Rod Bradway, an Indianapolis police officer, was fatally shot early Friday after forcing his way into an apartment where a woman who had been held at gunpoint for three hours was screaming for help, authorities said, reports the Indianapolis Star.

The paper reports the man who shot Bradway was hiding behind a door the officer kicked in.

"When the officer ran through the door, [the suspect] reached out, pointed the gun and shot him in the side," homicide Detective Thomas Lehn said, reports the paper.

The gunman, who has been identified by the paper as 24-year-old Steven Byrdo, also was killed after exchanging gunfire with another officer, police spokesman Lt. Christopher Bailey said. A woman and a small child also inside the home were unharmed, he said.

Bradway and at least one other officer went to the apartment complex on the city's northwest side about 2 a.m. after someone called 911 to report a disturbance.

Bradway forced his way inside and was shot after having talked to the suspect through the door for several minutes, Det. Lehn said, according to the paper. The 41-year-old officer was taken to Wishard Memorial Hospital, where he died a short time later.

The child found in the home, who is reported to be 10-months-old and the daughter of the woman, was taken by child protective services, said police spokesman Officer Kendale Adams.

Bradway, who was married with a teenage son and daughter, was a five-year veteran of the police department, according to police. He was a native of the northern Indiana town of Nappanee.

"He entered an apartment to save the life of a woman who was being assaulted and in turn gave his life," Hite told reporters outside the hospital. "Blessed are the peacemakers."

The department said Bradway was a highly decorated officer who had received its Medal of Bravery in February 2012.

A few dozen police squad cars escorted a vehicle carrying Bradway's body as it left the hospital about 6 a.m. on its way to the coroner's office.

The paper reports Byrdo, the deceased shooting suspect in the case, was released from prison in June for dealing cocaine. He also reportedly had other previous arrests, including public intoxication, disorderly conduct, dealing and possession of marijuana, and carrying a handgun without a license.