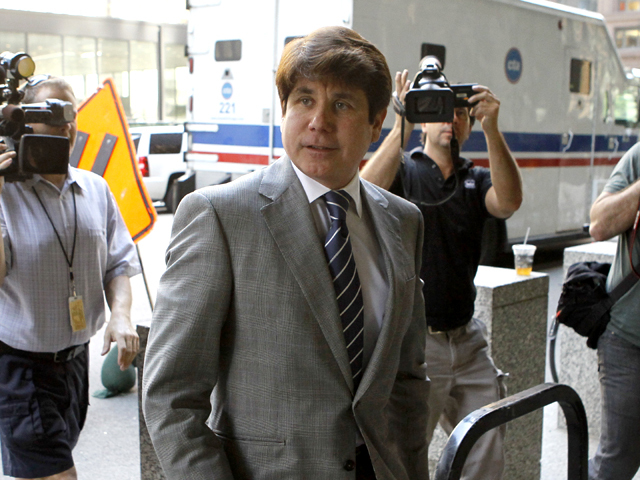 (CBS/AP) CHICAGO - A federal judge delayed on Monday the sentencing of ousted Illinois Gov. Rod Blagojevich, which was originally set for next week.

Blagojevich was convicted on multiple corruption charges, including attempted extortion for trying to sell or trade President Barack Obama's vacated U.S. Senate seat in exchange for campaign donations or a high-paying job.

U.S. District Judge James Zagel said that Blagojevich's Oct. 6 sentencing date has been "stricken until further order by the court," in a notice posted electronically.

Monday's filing did not offer a reason for the delay. But there had been speculation that the impeached governor's sentencing would be pushed back due to a scheduling conflict with another, related trial: that of lobbyist-businessman  William Cellini.

Cellini,76, is a former fundraiser for Blagojevich and is accused of conspiring with others to extort a campaign contribution for Blagojevich from a Hollywood film producer. Before his arrest, he was considered one of the top behind-the-scenes powerbrokers in Illinois.

Cellini's trail is scheduled to start Oct. 3 and Zagel is also the presiding judge in that case.

Blagojevich faces a maximum of 305 years behind bars if he were to receive consecutive sentences for each individual count, according to CBS station WBBM.

However, legal experts have said it is likely he'll be sentenced to somewhere between 6 and 15 years.

WBBM reports that although prosecutors have yet to make a recommendation on Blagojevich's sentence, they have calculated that he could face 30 years to life in prison.