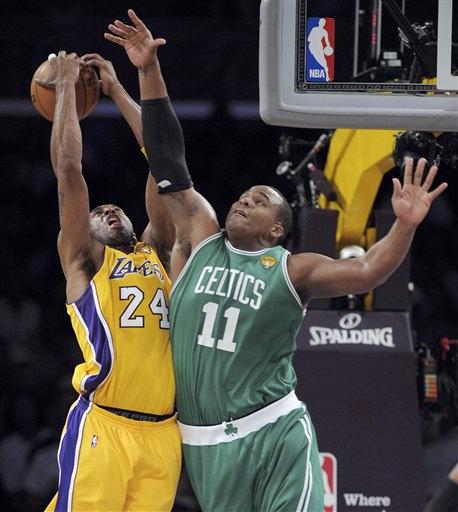 If you don't believe a seismic shift in American culture is under way, just turn on the radio. Before, you could tune into different stations, which offered different music and different messages.

But, as Correspondent Bob Simon reports, they're all coming together today. Evangelical Christian entertainment is flowing into mainstream media -- and changing it. And it's an industry that now brings in $4 billion a year.

Third Day – that's the day Jesus rose from the dead – is the top Christian rock group in America.

For more than a decade, band members Mac Powell, Mark Lee, David Carr, Brad Avery and Tai Anderson have been preaching to the choir of America's 100-million evangelical Christians. Their message may be wrapped in modern packaging, but it's as old as the Bible.

"The message is very much a straightforward, simple gospel. The gospel of Jesus Christ," says Anderson.

The band does big business in the evangelical world, headlining Christian rock festivals in mostly rural settings. At one of their shows, you'd think you were at a revivalist meeting – not a rock 'n' roll concert.

Is lead singer Powell a preacher or a pop star on stage? Maybe both. He stops every show for what he calls a "sermonette."

"He's calling us to go into the world and not be ashamed of the gospel of Jesus Christ, and be bold about who we are and about what we believe," says Powell, who along with the rest of Third Day, believes that God wants the band to take their rock 'n' roll gospel to secular America.

Are there events happening in the world today that made this the right time for Third Day to enter mainstream media?

"I think so," says Powell. "Between the war in Iraq, the fighting between Israelis and Palestinians, the film, 'The Passion of the Christ,' the debate on gay marriage – [there are] so many things in the news that are asking people, 'Where do you stand in life? What's your world view? What do you really believe?'"

Third Day believes that America is ready to hear their message. Their music is now being heard on secular radio, and they were featured performers at the Republican National Convention. This year, they also made it on "The Tonight Show" for the first time. And they even have a sponsorship deal with Chevrolet.

That's more than mainstream – that's middle of the road. And going mainstream often means watering down the message – but not for Third Day. On their Web site, there is a message for their fans: "This isn't a Christian nation anymore. I'm tired of complaining about a culture that's decaying. I wanna change the world. I think God has called for us to be dangerous for our whole culture."

"I think that's very much what we're doing right now," says Anderson. "It's much safer to kinda stay within the safety of Christian music, within the church -- where we don't have to defend our views. That's something that we can do in the band and for the rest of the church – of just being bold and stepping out in faith."

And they're not alone. Hit acts like Evanescence and Switchfoot have roots in Christian music, but they are attracting fans whose only belief is a good beat.

Cameron Strang, the publisher of Relevant magazine, a sort of Rolling Stone for the religiously minded, says the Top 40 is getting more godly. But has Christian entertainment changed the nature of rock music?

"We can still call it rock music. That's a style," says Strang. "I think the fact that there are Christian themes now emerging in rock, and that Christians are in rock is just representative of a spiritual desire or a spiritual hunger in our culture."

One of the first groups to tap into that hunger was P.O.D. Their name means "payable on death," referring to the heavenly rewards which reputedly will be reaped by the righteous.

They were doing Christian music for more than a decade, and then lunged into the mainstream with their hit song "Alive." The band's enormous success opened the door for religious rock.

P.O.D. is led by tattoo-adorned cousins, Sonny Sandoval and Wuv Bernardo. Their audience is evenly split between evangelical and secular teens, but not everyone is pleased by their success – especially evangelicals who say they've sold out.

"All the time, even before we had mainstreamed, it was like we were never really Christians because of the way we looked," says Sandoval. "Or, you know, we were never Christian enough, or we're too Christian and times. You can't please people."

But crossover success can be risky business for religious rockers.

"There is a debate going on this whole crossover trend. They aren't sure if it's a good thing or not, because it seems like they're selling out, or they have to hide their message to be accepted," says Strang. "But it's being far outweighed by the receptivity on the mainstream side. And the bottom line for most of these groups is they want their music to get heard by the most people."

But if you want to understand how much the music world has really changed, talk to 26-year-old rap star Kanye West. He's always been in the secular mainstream, producing hits for stars like Jay-Z and Alicia Keys.

West, who collected a leading 10 Grammy nominations this week, more than any artist this year, says that most of his friends in the record industry warned him against mixing Jesus with pop music. "People would be like, 'Yo, it's the best song I ever heard. But it will never make it on radio," says West of his Grammy-nominated song, "Jesus Walks."

"And it frustrated me. So the second verse, I wrote about how they say you can't say Jesus on radio. And it was kinda like … the word Jesus was like saying the 'N-word.'"

"It was like that. It's gonna offend people for you to say Jesus. That's what they were telling me," adds West. "They said you could rap about anything except for Jesus. That means guns, sex, lies and videotape. But if I talk about God, my record won't get played. Huh?"

You might think evangelicals would be thrilled by the success of "Jesus Walks," but the song is controversial.

It mixes the names of Jesus and God with swear words – which may turn away part of the evangelical crowd. But West says he realizes that. "The song is not for them," he says. "It's speaking to the people that I think God is really trying to reach."

And he's referring to people who don't go to church – the people he feels really need to hear the message of God. So, in order to do that, he had to create something completely different.

But when you get down to it, is it really all that different? Isn't it all still just rock 'n' roll?

"Yeah, and rebellion," says Strang. "There is no greater rebellion than to say sex and drugs and rock 'n' roll isn't the only thing in life. The Christian rock thing is almost rebelling against the rock establishment. Rock 'n' roll is rebellion."