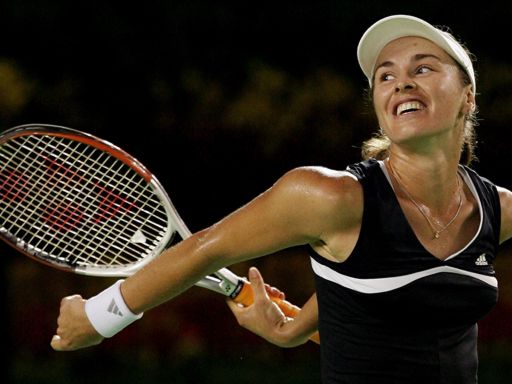 John Thomson knew he wasn't supposed to, but he couldn't resist.

As he mowed down the first 14 batters he faced, Thomson began fantasizing about a no-hitter. "A couple of times, yeah," he admitted.

After Jay Bell brought him back to reality with a solo homer with two outs in the fifth, Thomson gathered himself and finished with a four-hitter as the Colorado Rockies beat Arizona 5-2 Thursday night.

Thomson (5-5) struck out six of the first 14 batters he faced and had a perfect game until Bell's homer. Karim Garcia followed with a single but was caught stealing.

Thomson, 24, struck out a career-high 11 in his first complete game of the season and third of his career.

His four-hitter was the second-lowest hit total ever allowed by the Rockies in Coors Field. Bill Swift and Darren Holmes combined on a three-hitter against Cincinnati in a 13-2 win in last year's home opener.

"John Thomson was in command tonight," Rockies manager Don Baylor said. "He went right after hitters and pretty much had his way."

"He had a couple of left-handed hitters, (David) Dellucci and (Travis) Lee, completely fooled. He overpowered Matt Williams, who fouled back a couple of fastballs, but then he threw him a couple of nasty sliders, which was not fair."

Thomson, throwing fastballs clocked as high as 97 mph and late-breaking sliders, said he "worked in the bullpen on getting right behind my fastball so it stayed straight instead of running over the plate. My ball had been running, and I was giving up a lot of hits that way."

Thomson said Bell's homer came off a hanging slider "that I tried to throw too hard. I was kind of frustrated about that, and then the next guy gets a hit. That's when Funky (pitching coach Frank Funk) came out and said, `Settle down, you're winning."

Dante Bichette had three RBIs, including a two-run homer, and Mike Lansing broke out of a 12-for-88 slump (.136) with three hits for Colorado.

Until Bell's homer, the Diamondbacks had hit only one ball out of the infield, a pop fly to short left field by Travis Lee in the fourth.

"Thomson had electric stuff," Arizona manager Buck Showalter said. "He threw a great fastball and slider. His slider was tough because it looked like a fastball with a delayed break."

Colorado went ahead 1-0 in the first when Lansing singled, went to second on a groundout and scored on Larry Walker's double off Omar Daal (1-4).

In the third, Bichette and Vinny Castilla singled, and Ellis Burks hit an RBI single to center.

Colorado made it 3-0 in the fourth on two singles and Bichette's sacrifice fly.

The Diamondbacks cut the deficit to 3-2 in the sixth when Stinnett led off with a walk and scored on ndy Fox's one-out triple into the right-field corner. Fox was stranded when Devon White flied out and Lee struck out.