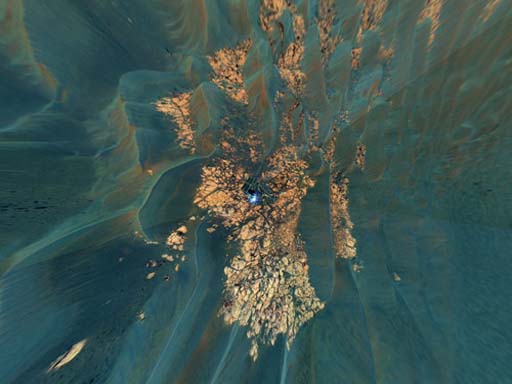 It doesn't seem to matter where Clyde Drexler plays, he still gets the job done.

Playing at small forward for the first time this season, Drexler scored 29 points and led an early fourth-quarter spurt Thursday night that sent the Houston Rockets to a 100-90 win over Detroit, the Pistons' seventh straight road loss.

With Mario Elie sidelined because of a sprained right ankle, Drexler stepped into his spot. He hit 10-for-14 from the field and was 2-for-2 on 3-pointers and 4-for-4 on free throws.

"I just felt strong tonight," Drexler said. "I really felt good out there. I wish I knew everything behind it. It was just one of those game things went my way."

Detroit closed within 72-69 going into the fourth quarter when Drexler took charge.

After Charles Barkley scored the first basket of the period, Drexler scored the Rockets next six points on a layup, a 16-foot jumper and two free throws after his steal.

Matt Bullard's basket completed a 10-2 run to start the quarter as the Rockets took an 82-72 lead and were never threatened again.

"We had a lot of guys play well but the guy who was phenomenal tonight was Clyde," Rockets coach Rudy Tomjanovich said. "Not only was he great offensively but in getting the other guys involved. He played great defense too."

Barkley finished with 14 points and 14 rebounds, and Bullard added 12 points off the bench.

Drexler guarded Hill for part of the game, once making a bounce pass to Kevin Willis between Hill's legs.

"He (Drexler) played well and shot the ball well," Hill said. "He got away with a lot of fouls on defense and he even told me he did. Clyde said with two officials out there, he was going to foul me every time we go to the basket."

Referee Scott Wall sat out the game after sustaining a concussion in pregame ceremonies when a Rockets dancer doing backflips knocked him down.

Drexler had 16 points in the first half, including a 3-pointer and a dunk for as Houston took a 51-42 lead at halftime.

Houston trailed 26-24 early in the second quarter when Eddie Johnson came off the bench and gave the Rockets the lead with seven straight points. He made a 3-pointer and then had an assist to Matt Maloney as Houston took a 33-29 lead.

"We are physically and mentally tired," Hill said. "In the last four games we played tough but then we found ways to crumble in the third ad fourth quarter."

Notes: The Pistons placed Grant Long on the injured list before the game. Long had surgery on Monday after fracturing a his right foot on Feb. 13 against Miami. ... Houston's Hakeem Olajuwon is four games away from 1,000 career games and six games from Calvin Murphy's team record of 1,002 games. Only eight players in NBA history have played 1,000 or more games with he same team.