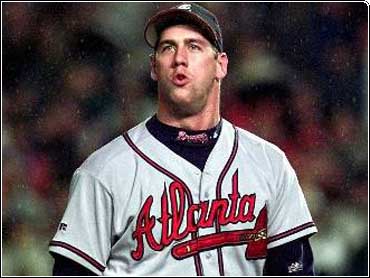 John Rocker was ordered by baseball to undergo psychological tests before deciding whether to punish the outspoken reliever for remarks he made disparaging gays, minorities and immigrants.

Commissioner Bud Selig said Thursday he will await the evaluation of the Atlanta Braves star before deciding on any disciplinary action.

"Mr. Rocker's recent remarks made to a national magazine reporter were reprehensible and completely inexcusable," Selig said in a statement. "I am profoundly concerned about the nature of those comments as well as by certain other aspects of his behavior."

Selig said he will take "whatever additional action that I consider to be necessary" after Rocker's evaluation.

Braves president Stan Kasten said at a news conference that he thought punishment was warranted, but said the commissioner's office will decide, not the team.

"It's important that John gets right with the organization, his teammates and the community," Kasten said. "But we at least need to give the man an opportunity to demonstrate his heartfelt remorse and correct the problem."

The Big Purple Dino Is Dead!

He said if the comments had been published during the season, Rocker likely would have been suspended indefinitely.

Kasten said the evaluation should begin within days. He said releasing Rocker remains an option but is unlikely.

"He did have a history of good relationships with players of different races and different ethnic backgrounds," Kasten said. "What we have here is a player who has expressed remorse. Under those circumstances, I am not going to abandon a player or an employee or a friend."

Kasten said baseball officials and the players' association decided the evaluations were appropriate. The two organizations jointly will pick psychologists to evaluate Rocker.

Rocker's agent, Randy Hendricks, said neither he nor Rocker would comment.

In his comments to Sports Illustrated last month, Rocker said he would never play for a New York team because he didn't want to ride a train "next to some queer with AIDS." He also bashed immigrants, saying, "I'm not a very bg fan of foreigners - How the hell did they get in this country?"

While driving in Atlanta during the interview, Rocker spit on a toll machine and mocked Asian women: "Look! Look at this idiot," he said. "I guarantee you she's a Japanese woman. How bad are Asian women at driving?"

He also called a black teammate "a fat monkey."

Rocker later apologized and said he was not a racist, but several advocacy groups said the written apology and baseball's action thus far was not enough.

"We have asked for his termination and still stand by that," Jeff Graham, executive director of Atlanta's AIDS Survival Project, said Thursday. "This certainly falls short of what we asked for and think is appropriate."

Atlanta City Councilman Derrick Boazman, who organized a news conference to speak out against Rocker and the Braves soon after the comments were made public, said baseball's move was "disappointing."

"What are they evaluating him for? He's a 37-save guy, and they know he is psychologically fit to play the game," Boazman said. "Even if he is diminished mentally, he still made those hate-filled comments. And I hope that by ordering these tests, they excuse what he said."

Rocker, 25, saved 37 games for the Braves last year, taking over for injured closer Kerry Ligtenberg. He created a one-man rivalry with the city of New York during the NL Championship Series, calling Mets fans "stupid" and refusing to back down in the World Series, when the Braves were swept in four games by the Yankees.

Kasten and general manager John Schuerholz met with Rocker about a week after the statements became public.

"What we wanted to discern for ourselves was whether this was just a case of the mouth running ahead of the brain or was in fact representative of this player's feelings," Kasten said. "But John seemed truly remorseful and broken up about it and adamantly insisted he was not the person he had been portrayed as being."