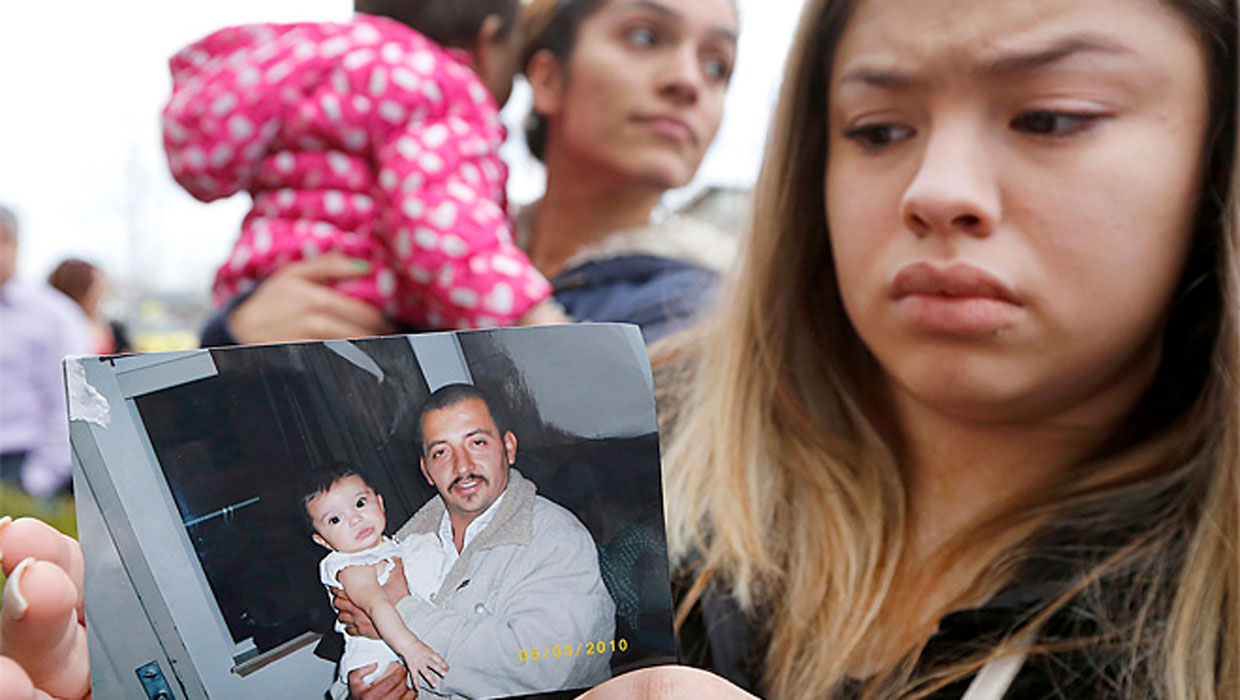 PASCO, Wash. -- An orchard worker gunned down on Tuesday after allegedly throwing rocks at cars in Pasco, Washington, was the fourth person killed by police in the 68,000-person city in the past seven months.

According to a statement from Pasco police, Antonio Zambrano-Montes, 35, was throwing rocks at about 5 p.m. at a busy intersection in the city, which is located about 200 miles southeast of Seattle. Once officers arrived on the scene they say Zambrano-Montes refused to stop throwing rocks - one of which they say was "softball size." Police say two officers were hit by the rocks and, after a Taser had "no effect," officers shot and killed him.

A video of the incident shows officers running after Zambrano-Montes as he runs across the street. He turns around after reaching the sidewalk, and gets shot.

A spokesperson for Pasco told 48 Hours' Crimesider that the investigation into the shooting is being handled by a special unit comprised of law enforcement agencies around the tri-cities area of Pasco, Richland and Kennewick.

CBS affiliate KEPR reports that Zambrano-Montes was born and raised in Mexico and had lived in Washington for more than 10 years. According to the station, Mexico's Foreign Relations Department condemned the shooting and Washington Gov. Jay Inslee says "there will be, and needs to be, a very complete assessment of all of the circumstances of what happened here."

The station reports that Zambrano-Montes was convicted of assault last year. According to court documents, police were called to a disturbance where Zambrano-Montes was hitting cars with a broom. When police arrived, they say he tried to throw a rocking chair at them, and grabbed for one officer's gun while he was being detained.

Zambrano-Montes is the fourth man shot and killed by police in the city since July. The three previous shootings appear to have involved intoxicated and possibly suicidal subjects.

On July 10, 2014 Pasco police killed Rick Howard, who had reportedly been drinking, fighting with his wife and shooting at neighbors when police arrived. According to KEPR, Howard barricaded himself in his home and shot at police, before being killed late at night.

Just over two weeks later, on July 28, Pasco police officers killed Brad Jensen, whose family called 911 because he was threatening suicide. The shooting was ruled justified. According to a statement from the prosecutor's office, Jensen's family had called police before but officers had been able to de-escalate the situation.

On this day, however, officers said that Jensen was carrying a knife and came toward them "at a fast pace swinging the knife toward them." They opened fire, killing the man. An autopsy revealed Jensen tested positive for methamphetamine and had a blood alcohol level of .17.

Two months later, on September 24, 2014, Pasco officers shot and killed a man armed with a pellet gun who had led them on a car chase and then hid under a car. According to the prosecutor's statement, Matthew Stoddard shouted "F... you. I'm going to kill myself," and refused to drop his weapon, which was a "realistic looking pellet gun resembling modern semi-automatic handguns." The officer on the scene shot and killed him. Stoddard tested positive for methamphetamine.

A vigil for Zambrano-Montes was held Wednesday night in downtown Pasco.

Was a young girl adopted from Russia capable of murder?
Julia Dahl