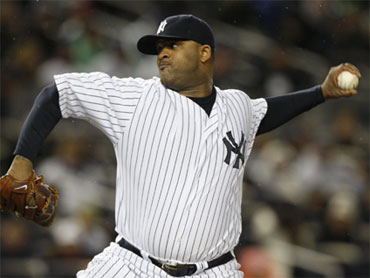 Acclaimed music producer Phil Spector was arrested for investigation of murder after police found a woman shot to death at his castle-like mansion, authorities said.

Clarkson's lawyer, Roderick Lindblom, confirmed Tuesday that she was the actress who starred in the 1985 movie "Barbarian Queen" and had minor roles in "Fast Times at Ridgemont High," "Scarface" and "Blind Date." She also appeared in numerous commercials and television shows.

Los Angeles County sheriff's Lt. Daniel Rosenberg said Clarkson was found in the foyer of the mansion, which is 15 miles (24 kilometers) northeast of Los Angeles. He said deputies found the weapon used in the slaying but declined to say where in the house it was located.

The call reporting that shots had been fired came from inside the residence, Rosenberg said. Authorities towed away a black Mercedes-Benz.

"I heard the boom, boom, boom. It was about three or four shots," neighbor Terrie Arias told Los Angeles television station KNBC. "I just ignored them because I never thought it was a shooting."

Spector lived alone and didn't have a girlfriend, according to close friend Marvin Mitchelson, a prominent Los Angeles attorney. According to records, Spector bought the house in 1998 for $1.1 million.

Mitchelson said he and Spector had been trying to put together a movie about Spector's life.

"His mental state has been great — very rational, very together, super intelligent, a very funny man," the attorney said.

Attorney Robert Shapiro, whose clients have included football star O.J. Simpson, was representing Spector. "I don't know answers to any of this," Shapiro said by telephone from the Alhambra Police Department before Spector's release.

It brought fame to singing groups like the Ronettes and the Crystals and resulted in a string of '60s hits, including the Crystals' "Da Doo Ron Ron" and "Then He Kissed Me"; the Ronettes' "Be My Baby" and "Walking in the Rain;" and Darlene Love's "Christmas (Baby Please Come Home)" and "(Today I Met) the Boy I'm Gonna Marry."

Spector's second wife was Ronnie Bennett, lead singer of the Ronettes. They divorced in 1974. He has five children from his marriages.

Spector's last major album was a 1980s collaboration with the Ramones, "End of the Century."

"I don't think he would hurt a fly. Until anything happens, you're innocent until you're proven guilty. I don't think Phil had it in him to murder anybody," Marky Ramone, drummer for the Ramones, told TV's Fox News Channel.

A 1995 biography by Rolling Stone magazine said the producer at times displayed near-psychotic and abusive behavior.

"It had to stop," Spector said of his behavior in a 1977 Los Angeles Times interview. "Being the rich millionaire in the mansion and then dressing up as Batman. I have to admit I did enjoy it to a certain extent. But I began to realize it was very unhealthy."

Spector produced records for Elvis Presley, Ike and Tina Turner, and the Righteous Brothers. He produced the last Beatles album, "Let It Be," in 1970.

He later worked with John Lennon on "Imagine" and helped Yoko Ono produce Lennon's work after the singer was killed in 1980. He also helped George Harrison on "All Things Must Pass."

In 1989, the eccentric producer was inducted into the Rock and Roll Hall of Fame.

Spector was a 17-year-old Los Angeles high school student when he wrote and produced his first No. 1 hit for the Teddy Bears, a ballad called "To Know Him Is to Love Him." Its title was taken from the inscription on the gravestone of his father, Benjamin, who committed suicide when Spector was 9-years-old.