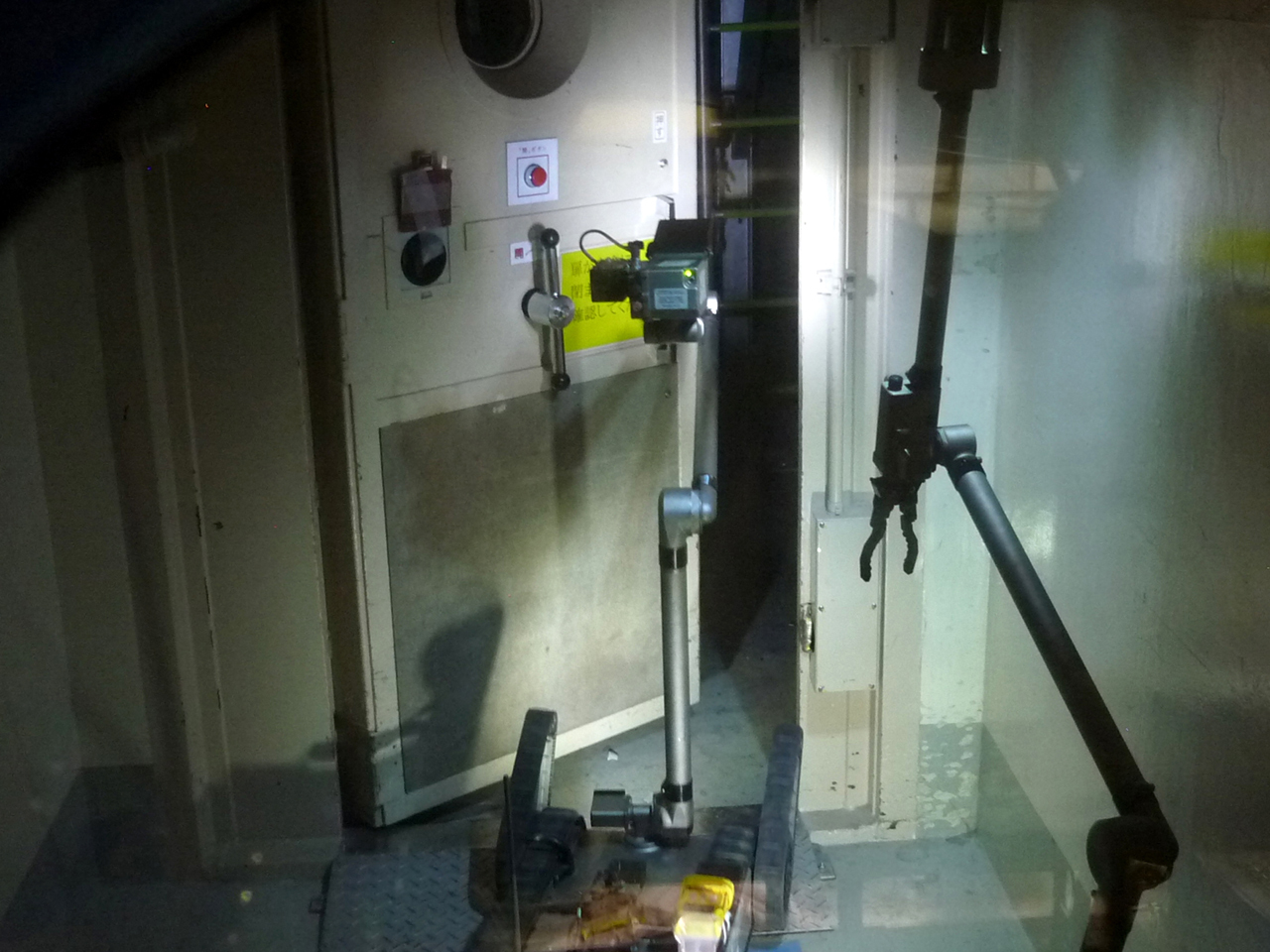 TOKYO - A pair of thin robots on treads sent to explore buildings inside Japan's crippled nuclear reactor came back Monday with disheartening news: Radiation levels are far too high for repair crews to go inside.

Nevertheless, officials remained hopeful they can stick to their freshly minted "roadmap" for cleaning up the radiation leak and stabilizing the Fukushima Dai-ichi plant by year's end so they can begin returning tens of thousands of evacuees to their homes.

"Even I had expected high radioactivity in those areas. I'm sure (plant operator Tokyo Electric Power Co.) and other experts have factored in those figures when they compiled the roadmap," Chief Cabinet Secretary Yukio Edano said.

Officials announced for the first time Monday that spent fuel rods in Unit 2 were damaged, and contaminated water was discovered in other areas of the plant, underscoring the growing list of challenges facing TEPCO in cleaning up and containing the radiation. They also described in more detail the damage to fuel in three troubled reactors, saying pellets had melted.

Angry at the slow response to the nuclear crisis and to the catastrophic earthquake and tsunami that caused it, lawmakers tore into Prime Minister Naoto Kan.

"You should be bowing your head in apology. You clearly have no leadership at all," Masashi Waki, a lawmaker from the opposition Liberal Democratic Party, shouted at Kan.

"I am sincerely apologizing for what has happened," Kan said, stressing the government was doing all it could to handle the unprecedented disasters.

Workers have not been able to go inside the reactor buildings at the stricken plant since the first days after the its cooling systems were wrecked by the March 11 earthquake and tsunami that left more than 27,000 people dead or missing. Hydrogen explosions in both buildings in the first few days destroyed their roofs and scattered radioactive debris.

On Sunday, a plant worker opened an outer door to one of the buildings and two Packbots, which resemble drafting lamps on tank-like treads, entered. After the worker closed the door, one robot opened an inner door and both rolled inside to take readings for temperature, pressure and radioactivity. They later entered a second building.

The robots reported radioactivity readings of up to 49 millisieverts per hour inside Unit 1 and up to 57 inside Unit 3, levels too high for workers to realistically enter.

"It's a harsh environment for humans to work inside," said Hidehiko Nishiyama of Japan's Nuclear and Industrial Safety Agency.

Japanese authorities more than doubled the legal limit for nuclear workers since the crisis began to 250 millisieverts a year. Workers in the U.S. nuclear industry are allowed an upper limit of 50 millisieverts per year. Doctors say radiation sickness sets in at 1,000 millisieverts and includes nausea and vomiting.

The robots, made by Bedford, Massachusetts, company iRobot, which also makes the Roomba vacuum cleaner, explored Unit 2 on Monday, but TEPCO officials had yet to analyze that data.

The radioactivity must be reduced, possibly with the removal of contaminated debris and stagnant water, before repair crews would be allowed inside, said NISA official Masataka Yoshizawa.

Sturdier robots can remove some of the debris, but workers are needed to test the integrity of the equipment and carry out electrical repairs needed to restore the cooling systems as called for in the road map, Yoshizawa said.

"What robots can do is limited, so eventually, people must enter the buildings," TEPCO official Takeshi Makigami said.

The robots, along with remote-controlled miniature drones, have enabled TEPCO to photograph and take measurements of conditions in and around the plant while minimizing workers' exposure to radiation and other hazards.

NISA also sent a report to the government watchdog Nuclear Safety Commission, saying that some fuel pellets and rods in the reactors in Units 1, 2 and 3 had become overheated and melted during the crisis, the first time it had provided details of the damage to the fuel. Nishiyama, said the agency can only say "more than 3 percent" of the fuel rods have melted.

A pool of stagnant radioactive water was also discovered in the basement of Unit 4.

With evacuees' ordeal stretching into the long-term, some began moving out of school gymnasiums into temporary housing. Hundreds who have not found apartments or relatives to take them in began filling up inns at hot springs.

"The government has asked us to be ready to take in as many as 200 evacuees for the next four months at least," said Masaki Hata, whose family has run the Yoshikawaya Hot Springs Inn on the outskirts of Fukushima for seven generations.

Michiaki Niitsuma, a 27-year-old office worker, said he was glad to have a comfortable place to stay while he waited to go home.

"My kids got sick in the shelter. It was cold. It's much better here. It's a relief," he said.